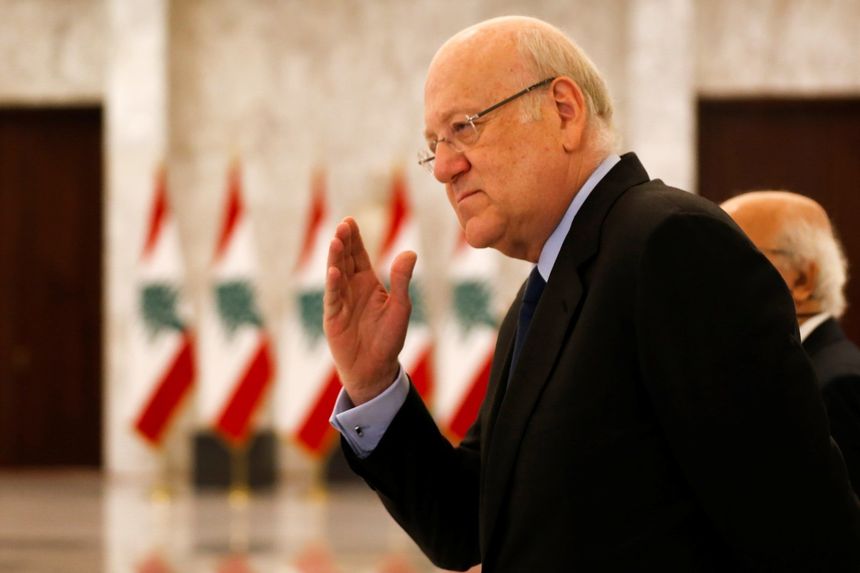 Mikati’s cabinet is set to meet today to discuss and approve a draft statement, clearing the way for a parliamentary session where they seek a vote of confidence from MPs.

Information Minister George Kordahi made the announcement on Wednesday evening after a ministerial committee, tasked with drafting the government’s policy statement, endorsed the draft document that had been discussed by ministers over the past three days.

The government was able to quickly finish drafting the policy statements without any disagreements whatsoever. This comes after it took Lebanon 13 months to form a government with the approval of President Aoun.

Prime Minister Mikati and other ministers have expressed their determination to move forward and tackle the economic and financial meltdown.

Since the start of the crisis in late 2019, nearly 75 percent of the population have slipped below the poverty line, as the lira continues its freefall against the dollar. In recent days and in light of the formation of the new government, the lira has rapidly appreciated, reaching a little under LBP 14,000 for every one dollar.

“The committee [charged] with drafting the policy approved a draft statement that will be discussed at a Cabinet session to be held at 4 PM tomorrow [Thursday] at Baabda Palace and later approved,” Kordahi told reporters, following the committee’s third meeting on Wednesday evening.

The committee is headed by Mikati and consists of 12 members, including the deputy premier, ministers of justice, interior, energy, finance, social affairs, information, culture, labor, agriculture, administrative development affairs and the displaced.

Kordahi said he hoped the cabinet would appear before Parliament “at the beginning of next week to seek a confidence vote from MPs on the basis of this policy statement.”

He denied the presence of any differences among the ministers over items in the draft policy statement, including the one dealing with Hezbollah’s arms.

“I reassure everyone that there is no rift, but solidarity and love among all ministers. A positive spirit is prevailing. God willing, this is a government of determination and hope. There is determination to deal with all the country’s problems with the utmost speed,” he said.

The draft policy statement is reportedly not touching upon the issue of Central Bank’s plan to lift fuel subsidies by the end of this month amidst severe shortages, causing large queues and fights outside gas stations. The decision of removing subsidies will be taken by the cabinet according to Kordahi.

Since the formation of the cabinet, Mikati and Aoun have expressed a need to resume negotiations with the International Monetary Fund (IMF) concerning a bailout package to help the country out of its worst economic and financial crisis yet. The draft policy statement is expected to underline the urgency of resuming negotiations with the IMF.

On their part, the United States, France and the European Union have urged Lebanon to undertake quick reforms, with Washington calling on Mikati to address the “dire needs and legitimate aspirations of the Lebanese people.”