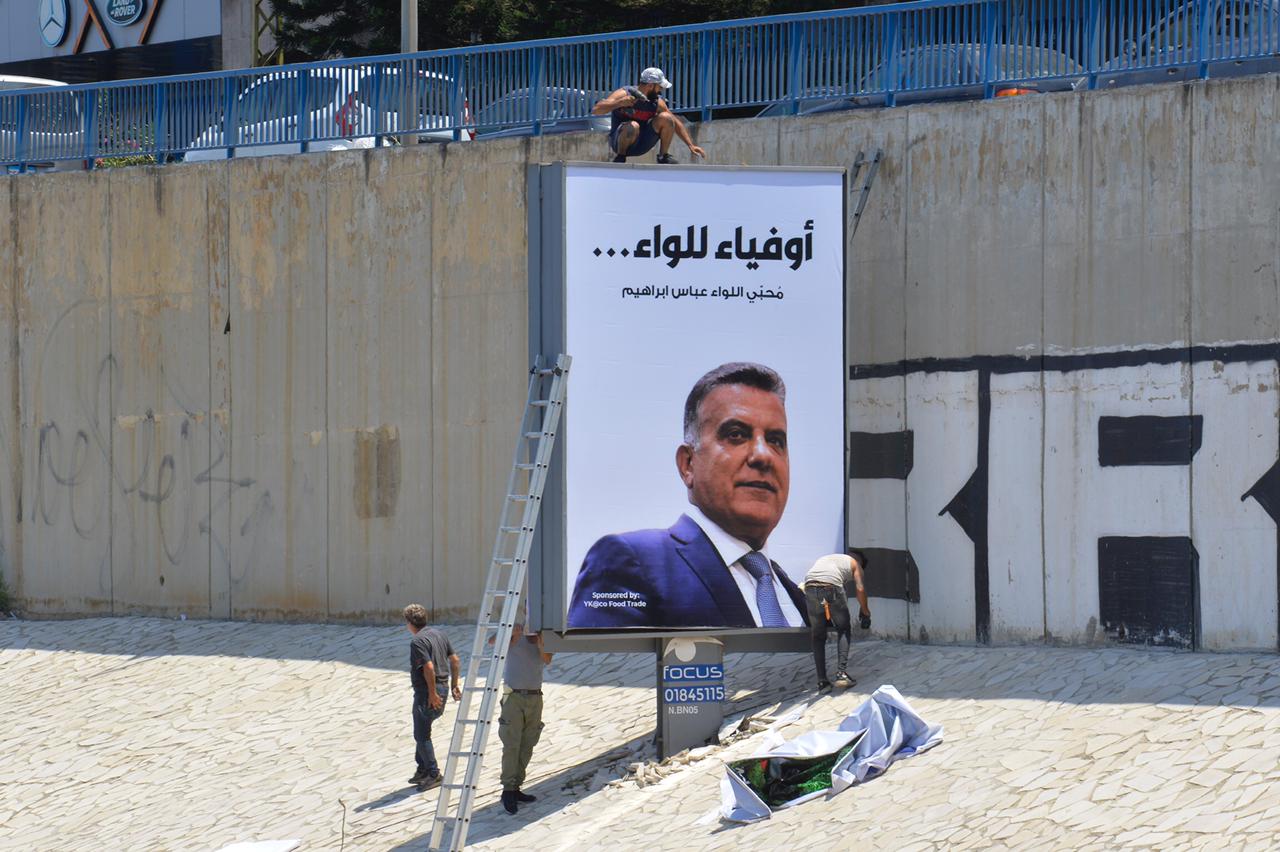 Abbas Ibrahim, director of General Security, refuses to be interrogated about his involvement in the August 4 explosion that killed more than 200. Less than 24 hours after Beirut blast investigator Tarek Bitar put in multiple requests to interrogate and charge senior Lebanese officials, the director’s face is suddenly plastered on billboards across the country.

Anybody without knowledge about the workings of the Lebanese political landscape might believe the billboards act as wanted signs for a fugitive escaping justice (which, arguably, he is), but the reality couldn’t be any more different. The billboards are rallying support for Ibrahim, instead of lambasting him for the corruption and negligence he is accused of.

At best, these billboards can be described as distasteful to the justice-seeking families of victims of the Beirut blast –who have yet to gain knowledge of the truth, almost a year after the explosion claimed the lives of their loved ones.

At worst, they can be described as a predictable, shameful, and contemptible PR stunt that fails to salvage the reputation of a man many believe should be in jail.

Signed by “friends of Abbas Ibrahim,” these billboards read: “We are with you, noblest of men,” “loyal to the major-general,” “the ambassador of safety and security,” and “the flag-bearer of peace.”

Despite not having enough ink and paper to collect customs fees at the airport or electricity to renew citizens’ passports at the General Security office in Sodeco, we have the ability to fund, design, and distribute a campaign in support of Major General Abbas Ibrahim overnight.

And yet, under Ibrahim’s leadership, the General Security has had a series of embezzlement and corruption headlines emerge against it over the years. Security officers have beaten peaceful protesters to a pulp. And there have been no major arrests against the crooked politicians who have siphoned public funds for decades despite the overwhelming evidence brought forth.

Today, the major-general is being called for questioning regarding his knowledge about the ammonium nitrate stored at the port. Reports previously emerged about him sending a security briefing in 2014 about the dangers of the explosive material to ex-President Michel Suleiman, Prime Minister Tammam Salam, Minister of Public Works Ghazi Zeaiter, and Interior Minister Nohad Machnouk.

To see Abbas Ibrahim’s face plastered along major highways in Lebanon is an insult to anybody whose heart starts to race when a door bangs shut or celebratory fireworks light up the sky unexpectedly.

Almost a year since that day, we still hear new stories of bloodied friends running for their lives at the time of the blast. We sit at our desks wondering what will go wrong next, we see it unfolding slowly before us, and in our hearts we know that justice is incredibly far-fetched in Lebanon.

The billboards serve as a cruel reminder of that. These politicians, and their sectarian-appointed heads of public institutions, have no real intentions of holding anyone accountable for the Beirut blast. Corrupt media, judges, security officials, and politicians will pull together to keep their dirty secrets hidden and their stolen wealth hoarded.

On a sinking boat where you have no other options, they will toss you an inflatable water floater with tiny holes you see but ignore out of desperation. It will keep you afloat for a while, the air slowly creeping out of it until you are once again calling out for any form of help. Then, from the safety of their super-yachts, they will toss you another punctured floater.

And as you sink further towards unknown depths, you will see the likes of Abbas Ibrahim firmly gazing into your perturbed soul from the comfort of his billboard. And you will feel safe knowing the “noblest of men” is watching over you.