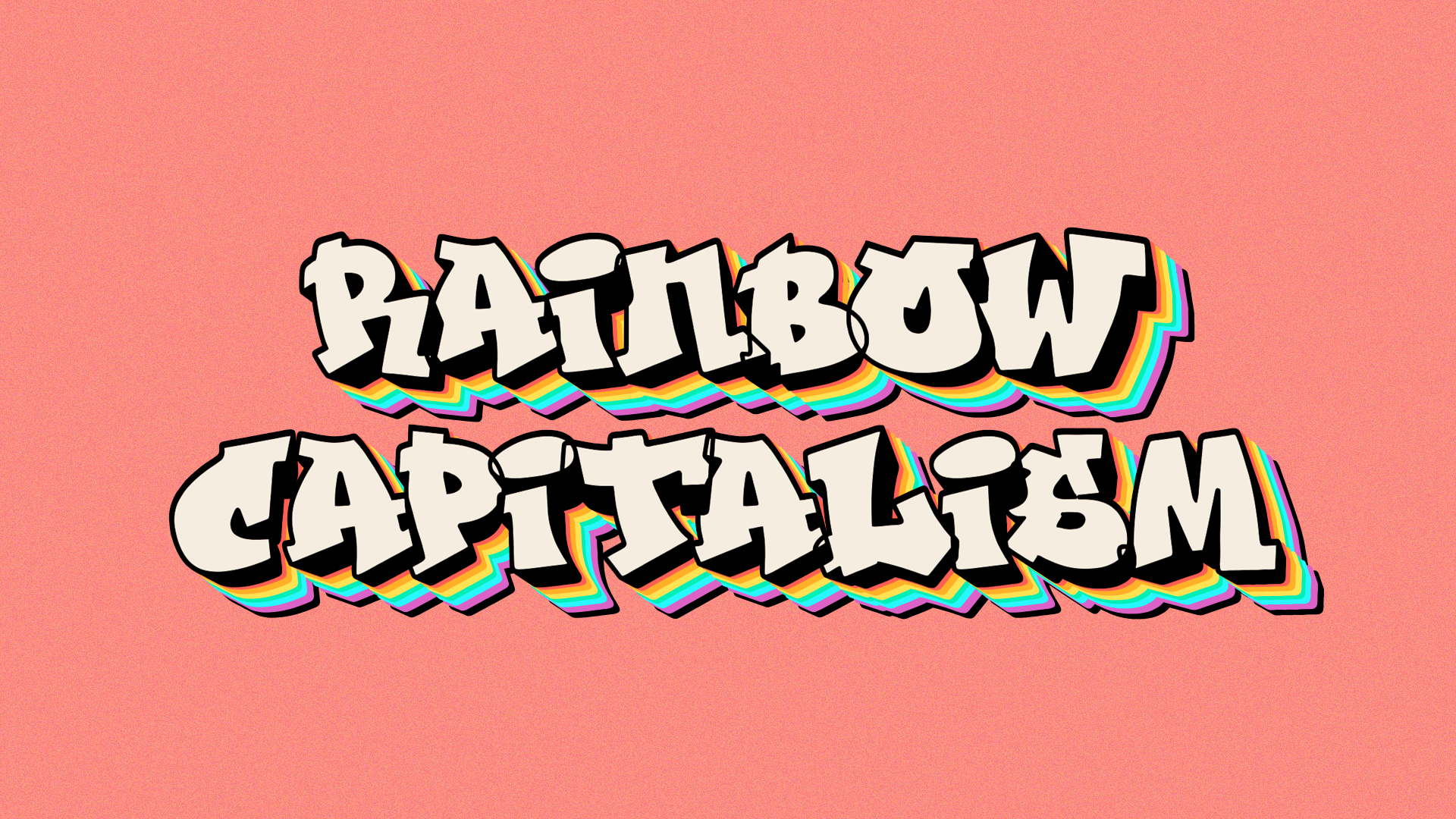 Another PRIDE month is over, another rainbow flag becomes irrelevant

Another year rolls around, another June ends, another PRIDE month passes, another rainbow-colored-everything turns back to neutrals. Bars, storefronts, Instagram pages and even some food artists paint their food with the famous rainbow colors and tone them back down when the calendar page flips to July.

It’s not limited to the rainbow flag alone, as some stores begin selling popular Rupaul phrases like “YAS QUEEN” and “Sissy that walk” on merchandise –anything from keychains, to full-on head-to-toe outfits. All this easily comes with PRIDE month, and goes away just as easily.

What is PRIDE Month?

PRIDE month commemorates the Stonewall uprising and recognizes and celebrates the LGBTQ+ community and culture. Typically, PRIDE is celebrated throughout the month of June through a series of drag performances, theatre performances and other celebrations.

The month is commemorated in June in reference to the Stonewall uprising, which began on June 28 of the year 1969, when popular gay bar “The Stonewall Inn” was raided by police. The raid ignited the Stonewall riots, which lasted for days, and are regarded as a turning point in LGBTQ+ history.

The riots were the begining of the gay rights movement, and triggered movements in support of the LGBTQ+ community elsewhere around the world. In 1970, pro-LGBTQ+ demonstrations began in London. Ever since, PRIDE month has become a symbol of queer liberation and equal rights, inclusivity and diversity.

This year, and despite the COVID-19 outbreak accompanied by tragic global events, many countries still held their annual PRIDE marches and celebrations including New York, Paris, Madrid and Berlin.

In Lebanon, queer-friendly bars, restaurants, fashion-stores and other kinds of businesses typically support the month by displaying the rainbow flag. More recently, and as LGTBQ+ support continues to become a “trend” in the country, many corporations caught on to the trend and advertised sales or special discounts during PRIDE.

Typically, feminist intersectional collectives and LGBTQ+ communities as well as organizations work on raising awareness on the ground and online, but the impact of the flag somehow remains the strongest, especially among mainstream supporters.

The trend doesn’t stop at corporations that harbor big chain brands, but has moved on to smaller or local brands that see an opportunity to gain a whole new audience by feigning support. That is not to say, whatsoever, that all small or local businesses pretend to be allies for monetary gain, as more and more businesses are owned by members of the community itself and actually try to support other members in various ways.

Some corporations or agencies show support by sharing an email reminder that they are an “inclusive” place, while others change their profile pictures on popular social media platforms to include the rainbow flag. This phenomenon is global.

This year, Beirut PRIDE events halted due to COVID-19 –as was the case in 2020. However, some businesses still put PRIDE related items on special discounts while some organizations held talks about LGBTQ+ rights.

As more and more individuals show support for LGBTQ+ rights, more and more corporations feed on this opportunity to market to this growing audience and feed off them. But do these marketing strategies actually mean that these corporations care for or support PRIDE?

Most, if not all, brands that promote gay PRIDE and show support for the LGBTQ+ community by releasing collections, sharing special discounts and putting up a flag to indicate that they are allies, are in most cases, indifferent to LGBTQ+ rights –if not even homophobes.

Just like any other “cause,” PRIDE is being taken over by corporations to make money. This is a trend that has happened before with “No Moustache November/Movember” for men and “Pink October” for women in relation to cancer.

The abuse, monetization and steering away from queer liberation to a more product-centric celebration during PRIDE all, in short, constitute what is known as rainbow capitalism.

Simply put in a Washington Post article in 2019, “The more corporate entities enter Pride, the more expensive celebrating it becomes. That means that more people, especially those from vulnerable communities, are excluded.”

Brands found an opportunity to taint their pages with content specific to these causes to appeal to people, making their audience believe that they care about the specific cause, when in fact the brand wants to make money out of this type of marketing.

Even when a brand campaign’s end goal is for people to donate to a specific charity, the brand is still gaining people’s ad recall. Not only so, but relying solely on brands that donate to charities promotes slacktivism as opposed to active support to the LGBTQ+ community.

“Corporations, by their nature, want to make money, so they center the affluent minority of LGBTQ people, who skew white, gay and male. No matter where Pride proceeds go, and even if paid events are mostly by and for LGBTQ people, they are inherently exclusionary, and the people most in need of resources are the ones who get left at the gate,” continues the Washington Post article.

Not only are PRIDE events making money for big corporations, they are also limiting who has access to celebrate their sexuality and who doesn’t.

If not through rainbow-everything-merchandise, how can corporations show support to the LGBTQ+ community? Their support shouldn’t be on the surface only, in all cases.

What does this mean?

“At least one right way to do it is to start at home — for companies to check their own internal processes, offer trans-inclusive health care, address diversity at the board level and connect with the LGBTQ community within,” write Evan Clark and Luis Campusano for Yahoo Finance.

Corporations can start by adopting in-house inclusive policies and advertise inclusivity year-round as opposed to one month only.

In addition, people need to recognize that a “20 percent” donation to LGBTQ+ charities promotes the slacktivist culture and steers audiences away from actually supporting the queer community where it matters, such as calling for policy reforms or eliminating discrimination.