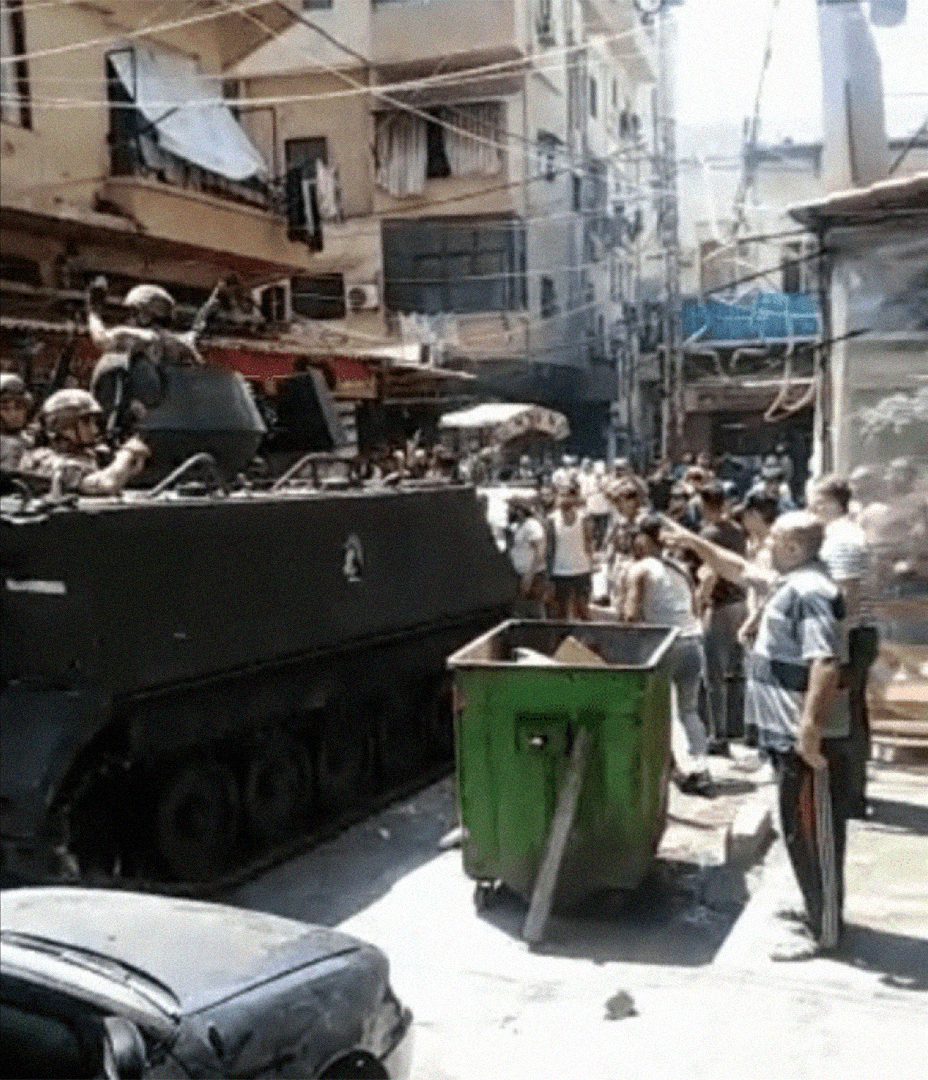 Reports of live ammunition fired into the air by both security personnel and armed protesters across Tripoli neighborhoods have emerged in the past 24 hours as living conditions deteriorate and electricity cuts off.

Tripoli is Lebanon’s poorest and second-largest city, with more than half of the population living in poverty amidst the country’s worst economic collapse in decades. The state-run National News Agency reported that gunmen protested power cuts and skyrocketing prices of essential goods.

Protestors had stormed the Qadisha Electricity Company in an attempt to restore the power supply to several areas across the city, and were later cleared out by soldiers.

Lebanon has witnessed extensive electricity cuts over the past few weeks, as the state-run electricity sector runs low on fuel amidst a country-wide shortage, and generators risk damage after several hours of usage. A child on oxygen support died after his machine stopped working due to electricity cuts.

Police were then deployed to the area to monitor the unrest, leading protestors to attack military vehicles in the neighborhood by throwing stones and chairs at them. The military fired live ammunition into the air above the crowds.

The army then retreated, but road and shop closures were implemented across the city. Mayor Riyad Yamak later confirmed that the army had “taken control of the situation” in an effort to “restore the calm” to the city’s streets.

Videos from across the city show gunmen firing rounds from semi-automatic weapons into the air.

As of last Saturday, the security personnel of politicians had begun to openly display weapons in front of headquarters as an intimidation tactic against the public. That same day, a demonstration took place in Tripoli as the Lebanese pound reached a new record low of LBP 18,000 per US dollar.

Similarly in February, Lebanon’s military prosecutor filed terrorism-related charges against 23 protesters who were detained for taking part in Tripoli demonstrations between 25 and 31 January. Amnesty International reported that one of the detainees arrested in February suffered from signs of severe beatings all over his body, especially his head, shoulders, and neck.

The use of violence in protests across Tripoli has become the norm since the start of the popular uprising in October 2019. Besides live ammunition, tear gas and water cannons are often heavily deployed in order to disperse crowds, and have reportedly been shot at short distances, causing heavy physical harm to demonstrators.