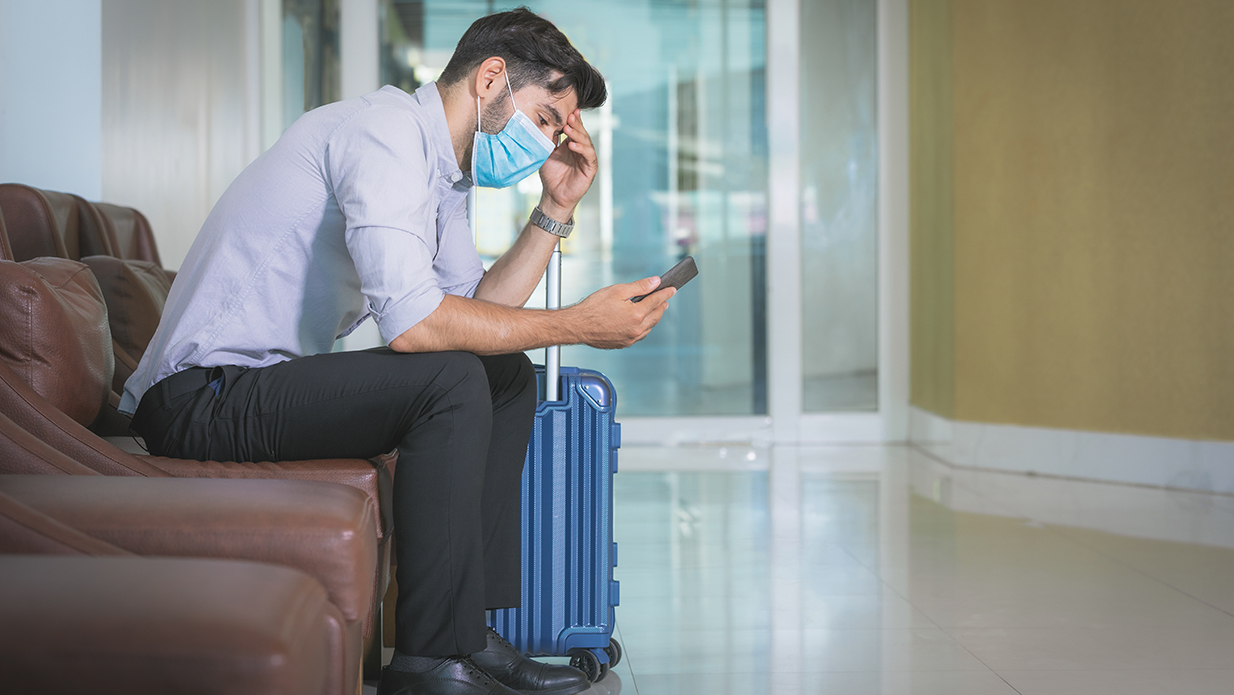 All passengers arriving to Lebanon from the United Kingdom (UK) and Brazil as of June 1 will be required to quarantine upon arrival for five days and four nights at one of three hotels specified by the Ministry of Public Works and Transport.

From over 500 hotels in Lebanon, the three selected hotels –the Mayflower Beirut, Royal Tulip Hotel Ashrafieh, and Alife Apart Hotel Sodeco– are all located within the Beirut area.

The selection of only three hotels out of hundreds massively restricts passengers’ freedom of mobility, especially those residing outside of Beirut. It also holds negative repercussions on the tourism sector and business-owners who operate within it.

Hotels crippled under weight of pandemic and crisis

Since the start of the economic crisis in late 2019 and the COVID-19 pandemic in March 2020, business owners operating within Lebanon’s suffering tourism sector have struggled to make ends meet.

Christine Ozeir, owner of the family-run Bossa Nova Beirut Hotel, spoke to Beirut Today about the many challenges the business has faced since then.

“We are a small hotel, and my husband and I work in it personally. It is mainly family-operated,” she said. “For our employees, we did not let anyone go, but we had a lot of people leave by themselves. We had some people go to Qatar, Iraq, Saudi, etc. Whomever wanted to leave, we just let them go and we didn’t replace them with anyone.”

As a result, several staff members in the hotel had to assume added responsibilities, often taking on more than one role in the business just to keep it afloat.

Ozeir’s business is not the only one struggling to make ends meet. According to her, many other hotels are struggling just as much, with multiple forced to shut down in the past year. Similarly, 896 food and entertainment businesses in Lebanon closed their doors in 2021 –with the most recent being Pizza Hut.

“Hotels in general suffered a lot, especially during the winter,” said Ozeir.

The ministry’s new exclusionary decision creates a missed opportunity for these businesses to bring in customers and generate income.

Ozeir highlighted travellers having to cancel their hotel bookings to re-book in the designated quarantine hotels, which ultimately creates a loss for hotels –especially those with a loyal customer base.

Ozeir and other hotel owners are not only confused by the ministry’s decision, but also angry.

“[The decision] was just parachuted in on us, and this was done once before as well. If they keep doing this, people get tired of fighting back,” she said. “We are working tooth and nail to keep our business afloat.”

When Ozeir attempted to inquire about the reasoning behind the selection of these three hotels, her questions went unanswered.

“Any hotel that is selected will get more business,” she said. “I’m not saying I want my hotel to be included, I’m saying that all hotels should be given a chance to apply to this if there’s an application process. And if there isn’t, then this is also wrong.”

A representative on behalf of the Mayflower Hotel, Hussein Hajj Ali, told Beirut Today that the Mayflower was on the initial list of hotels for quarantine from March 2020, when the pandemic started and new travel restrictions were set.

The Mayflower was then selected by the ministry from this list, after a check-up ensured their hotel was eligible for quarantining travelers. According to Hajj Ali, the hotel’s management does not know on which basis or according to which criteria the Mayflower was specifically selected. The ministry merely informed them of this decision.

The Mayflower Hotel was established in the 1960s under the partisanship of Mr. Mounir Samaha. It is still owned by the Samaha family, and is currently headed by Sherif Samaha.

The second hotel, Royal Tulip Hotel, is property of the Louvre Hotels Group, whose MENA division is headed by Lebanese Amine E. Moukarzel, a renowned figure in the hospitality industry.

The Ministry of Public Works and Transport did not respond to requests for comment from Beirut Today.