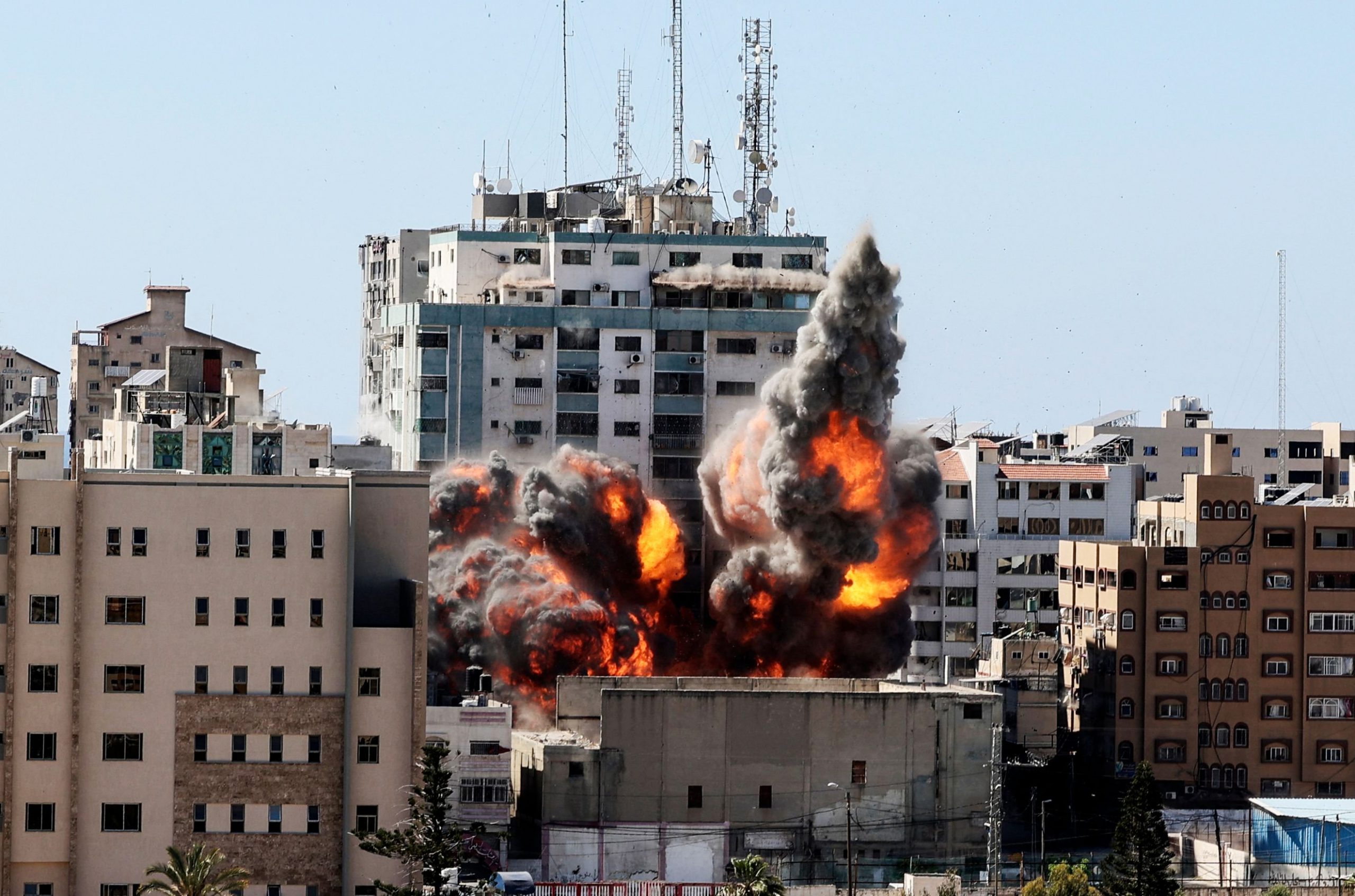 No signs of a ceasefire as Israel continues to bombard Gaza

Israel has no plans to stop its bombardment of besieged Gaza, despite international calls for a ceasefire over the past 10 days.

Occupation Prime Minister Benjamin Netanyahu stated two days ago that the ongoing bombardment on Gaza will take time, as the campaign “against terrorist organisations [Hamas] is continuing with full force.”

Following days of harassment and assault by occupation forces on Palestinians in Jerusalem and Sheikh Jarrah, Hamas began firing rockets nearly nine days ago. Occupation forces then launched a bombardment of the Gaza strip.

Hamas has declared that its artillery enables it to continue firing rockets and missiles for another six months. However, these missiles and rockets are causing minimal to no damage to the targeted areas of occupied Palestine.

This is largely due to the fact that Israel possesses some of the world’s most advanced military and warfare technology. In some images and videos, the iron dome protecting Tel Aviv proves it is capable of fledgling off Hamas’ missiles without any damage to the area.

Israel’s air raid on Gaza has so far been under the guise of a project to eradicate Hamas, but the airstrikes have so far killed 219 Palestinian people, including 63 children. In the occupation’s attempt to “eradicate Hamas,” six hospitals, over 400 residential buildings, multiple schools and Gaza’s only COVID-19 testing center have been bombed.

The US has so far blocked three calls for a ceasefire, as President Biden continuously asserts “Israel’s right to defend itself” despite the fact that the overwhelming majority of Israel’s victims in its “acts of self-defense” are civilians.

As a result, 52,000 Palestinians have been displaced, with no shelter to go to, as Gaza lacks bomb shelters and citizens have been hiding out in schools, which have become the occupation’s new target.

Gaza is oftentimes described as the world’s largest open-air prison. A densely-populated area, the Gaza strip is smaller than the city of Oslo but houses four times as many people, as per a report by the Norweigan Refugee Council (NRC).

Gazans live behind a blockade, with refused access to any other part of the world, let alone occupied Palestine. Most Gazans are refugees who were violently displaced during the 1948 Nakba.

“Whoever wants to learn about the humanity of the [Israelis] should come to the Gaza strip and look at the houses that got destroyed on top of those who lived in them,” said university lecturer Ahmed al-Astal, who lost his home in Khan Younes, Gaza.

Israel has stated that it has been sending out warning signals for evacuation prior to airstrikes, but al-Astal stated that he had received no warning. Others on social media have stated that they received warnings only one minute before the airstrike.

With no signs of a ceasefire, and Biden’s encouragement of Israel’s bombardment, Gazans continue to experience terror and trauma, day and night. Israel’s ongoing bombardment of the strip can only be described as a massacre.

For a full timeline of events in Palestine, check the timeline we’re updating daily.