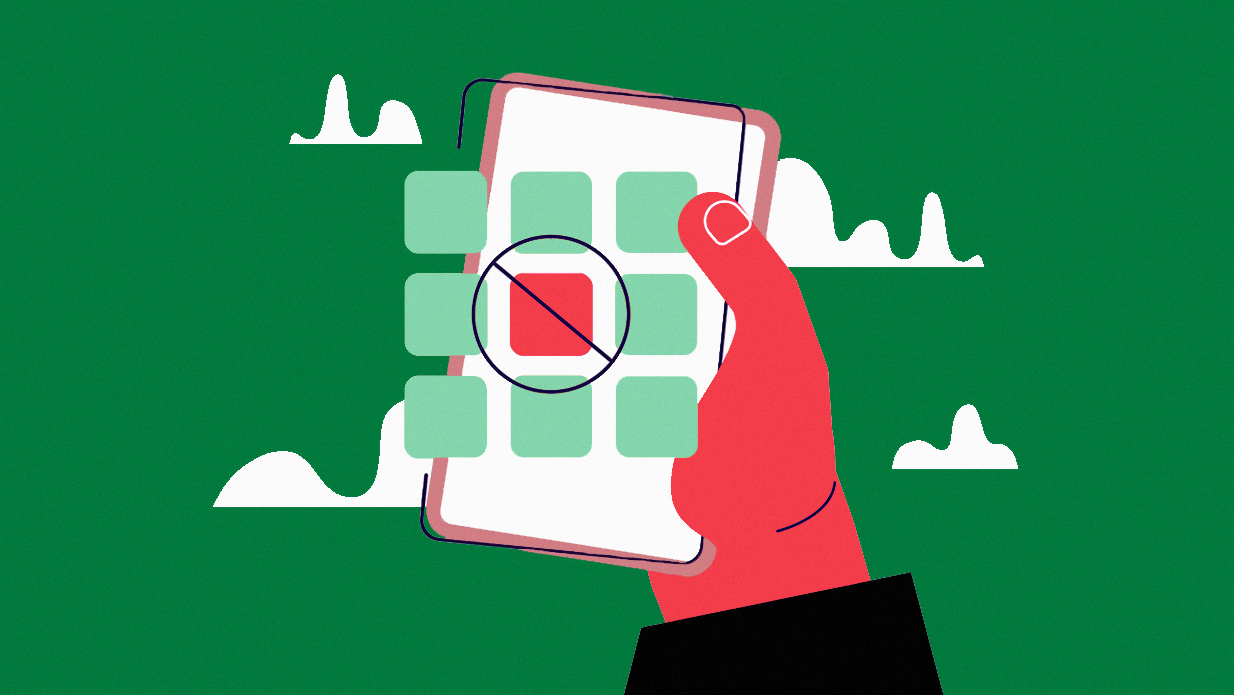 Following the latest violent attacks and forced expulsions by the Zionist state against Palestinian residents of Sheikh Jarrah neighborhood in Jerusalem, online campaign #SaveSheikhJarrah became a trending topic on Twitter with more than 92.6K posts.

However, many online and on-ground activists complained that social media platforms, specifically Facebook, Twitter and Instagram, are silencing efforts of narration, online activism and solidarity by taking down posts and suspending accounts.

For instance, Facebook disabled the Save Sheikh Jarrah group with 137K members, claiming that the group doesn’t follow “Community Standards.” Instagram account fem.mena, which spotlights women in the Middle East and North Africa, experienced similar silencing on one of their posts which called out Israeli purple washing –a process by which women’s representation in institutions is achieved at the expense of women in minority groups to maintain hegemonic structures.

The photo in the Instagram post was of women in IDF uniforms arresting a Palestinan woman and the caption read that: “Women’s “advancements” that comes at the expense of other women is not progressive.”

Instagram took it down “for violence and dangerous organizations.”

fem.mena told Beirut Today that the post was “a high-performing post being shared many times.” Eventually, the post was silently put back up by Instagram. However, what this did was “cut the momentum,” as fem.mena put it, and prevented the post from going viral.

The two examples are only a drop in the ocean, and the measures by Instagram were not limited to such accounts. Personal accounts also experienced less visibility when it comes to posts supporting the Palestinian cause and calling out state-sanctioned violence by Israel. Instagram users reported that their stories which are unrelated to the Palestinian cause usually get a much higher number of views.

Instagram, one of Facebook’s sister companies, stated that the silencing efforts are “not related to any particular topic” and that these instances are happening due to a “global technical issue.” A day later, Instagram announced that they have fixed the issue. However anti-zionist posts were still being taken down.

This statement came in parallel with similar silencing efforts directed at social media posts about Missing and Murdered Indigenous Women, Girls and Two-Spirit People (MMIWG2S). Posts that were trying to raise awareness on the issue were being deleted.

Similarly, posts on Twitter in support of Palestine were being taken down. Some Twitter users even had their accounts suspended.

The recurrence of silencing anti-apartheid posts online doesn’t come as a surprise, seeing that Facebook has recently been debating whether or not to implement a new hate speech policy, whereby any criticism of Zionism would be removed if the term was used as a synonym for “Jewish” or “Israeli,” and the effects of this decision are already being felt as activists are finding it more difficult to share their documentations, opinions and solidarity online.

Although Facebook denied the certainty of the policy change, the corporation is clearly going through with their decision to a certain extent. As the Zionist attacks are becoming more brutal against Palestinians, so is the online repression of pro-Palestine online activists.

7amleh – The Arab Center for the Advancement of Social Media, an NGO that advocates for Palestinian digital rights, published a report entitled “#Hashtag Palestine 2020” which included information about how Facebook, Whatsapp (another Facebook sister company) and Twitter “collaborated with Israeli security units” to censor Palestinian content online “indiscriminately as a result of the policies of platforms.” This explains why the Israeli apartheid is manifesting online.

The report also highlighted that the Israeli Cyber Unit “uses its authority and relationship with technology companies to remove content, or block users from accessing these platforms” and that there is no “domestic legal authority” to the unit’s operations.

Tech companies are known to have silenced indigenous voices in the past. For example Facebook deleted groups based in different countries like Canada and The United Kingdom, which aimed at community building in preparation for Black History Month.

Despite the silencing efforts by social media apps and the algorithms that work towards silencing indigenous voices, online activists and social media users have been continuously combating online oppression as posts in support for the Palestinian Intifada currently taking place can still be seen widely across different platforms.