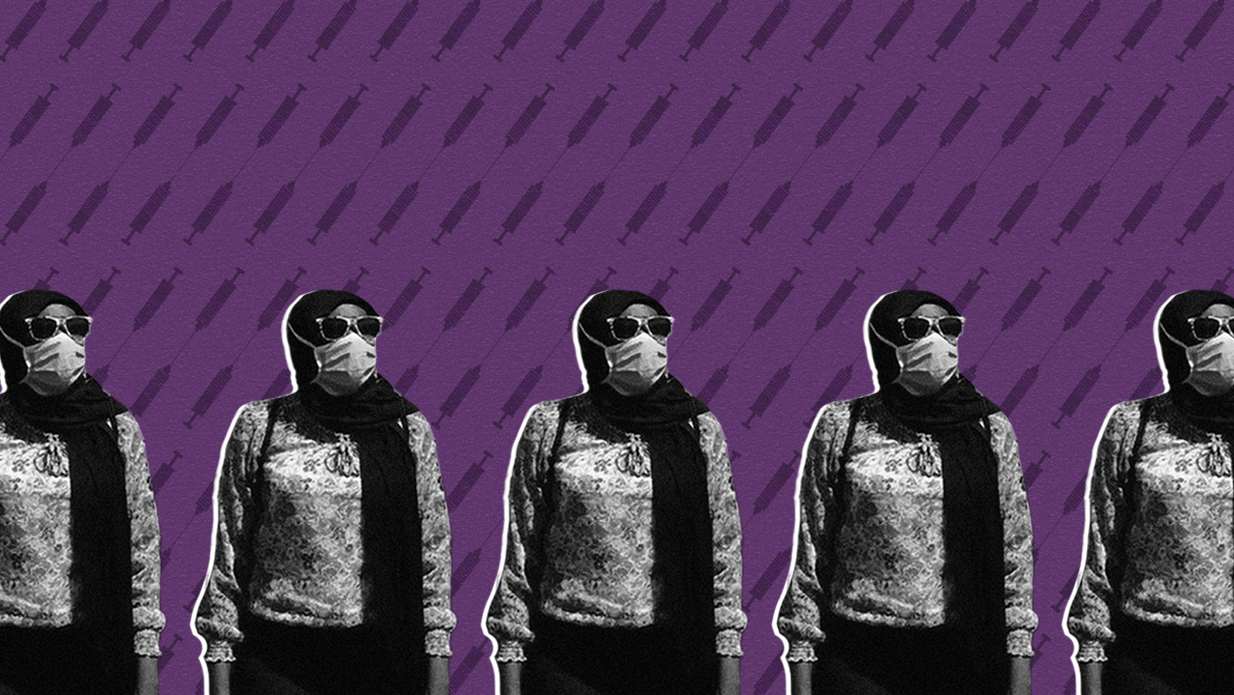 The current government inoculation plan will see the entire population vaccinated by the end of 2024. Vulnerable communities have grown wary of the government’s plan, as their expectations of obtaining the vaccine shrink by the day. In particular, uncertainty and doubt have spread amongst communities of migrant workers.

Before the launch of the vaccination campaign in mid-February, caretaker Health Minister Hamad Hassan publicly stated his intention to vaccinate 80 percent of the population by the end of the year –including vulnerable communities such as refugees and migrant workers.

So far, only 1.44 percent of the population has been able to obtain the vaccine, nearly two months after the start of the campaign.

In accordance with government guidelines, several documented migrant workers have registered to obtain the vaccine, but have grown speculative due to the slow roll out and the Lebanese government’s track-record with securing their rights.

Today, migrant workers are both excluded from the Lebanese Labor Law and overlooked as essential workers. Those employed at supermarkets, cleaning companies, as caretakers, nannies or domestic workers, are at an added risk of contracting COVID-19 due to the nature of their job, but are unlikely to be inoculated against the deadly virus any time soon.

A government plan shrouded with vagueness

Since the beginning of the inoculation campaign, the Anti-Racism Movement (ARM), a grassroots collective by young Lebanese feminists advocating for the rights of migrant workers, has taken it upon itself to ensure that migrant workers are given equal and equitable access to the vaccine.

These meetings have yet to yield productive results, as no clear explanation or plan has been released yet regarding the vaccination process of migrant workers.

“These reasons drove migrant workers towards distrusting the government’s plan, especially after word got out that the private sector is now importing the vaccine, and it’s going to be strictly paid for in dollars,” said Baba.

Lebanese company Pharmaline began importing Russia’s Sputnik V vaccine in late March, limited registration to companies and institutions. Individuals are unable to purchase and take the vaccine, which is being sold for $38 at a time when the Lebanese minimum wage (LL 675,000) is roughly equivalent to $60 on the ground.

“It’s [paid for] in dollars, so it’s not affordable for most people in Lebanon, definitely including migrants,” said Baba.

Documented migrant workers already registered through the Impact platform for the free vaccine from the government, according to Baba, with the full knowledge that they will not receive it soon given the public health criteria –such as age group and underlying health conditions.

Despite the country’s heavy reliance on their labor, the government has demonstrated a consistent unwillingness to help migrant workers and provide them with their basic rights. Employed under a modern-day slavery system known as kafala, migrant workers (mostly women) are forced to accept exploitative and dangerous working and living conditions.

In recent years, this has surfaced as restrictions on migrant workers’ freedom of movement and communication, all types of abuses and violence, human trafficking, murder without justice sought, food deprivation, and more. Given the government’s track-record, vaccine priority for essential migrant workers seems far-fetched.

“A lot of them also believe that they’re not going to get the vaccine, because the government has always treated them badly, even in times of crisis, including the pandemic and explosion,” said Baba.

From the archives | “We want to go home:” One paper is holding 13 women hostage in Lebanon

The struggles of undocumented migrant workers

“No one was giving [us] an answer with regards to undocumented migrant workers, who are the majority of the migrant community,” said Baba. “There was no timeline for the subject in the media or press releases, so no one knows when they will get the vaccine.”

Nana, an undocumented Nepalese migrant worker, spoke to Beirut Today about her experience with the vaccine campaign.

“We depend on dollars, we understand your struggle, but we have too much to think about ourselves and are in deep trouble,” said Nana. “As for the vaccine, we all know it is very important to take honestly.”

“The problem is the government,” said Tina, another migrant worker who does freelance work in Lebanon. “Some of the hospitals are taking dollars, some immigrant workers are jobless, some are being underpaid with very little money because of the economic issue in the country and the hardship.”

“The ones who are documented, some of them are getting the vaccine with their bosses and some are being given the vaccine and having their salaries deducted [to cover the cost of it] because most of them don’t know how much this vaccine is costing, where they can go to get vaccinated, and how they can go to their appointments.”

As for undocumented migrant workers, Tina believes “it’s so difficult for them” as there isn’t “much of an opportunity” for them to access the vaccine.

Many have also grown fearful that they will be deported should they fail to present any identification papers. General Security previously released a verbal statement saying that they will not do so, but this information has not been made public.

ARM was only able to obtain it by coincidence after professors at the American University of Beirut hosted the head of Lebanon’s COVID-19 vaccination committee, Dr. Abdul Rahman Bizri, for a talk.

“All of this lack of information does not help reassure migrant workers because it’s not public, even though this information exists,” said Baba.

Next Steps: Equal access to the vaccine for all

“For grassroots organizations like ARM or Egna Legna, the way to ensure that it’s going to be equitable despite the shortage is to collect all the names and numbers of everyone who wants to be vaccinated and to monitor the process closely,” said Baba.

For this reason, ARM has been trying to organize meetings with the responsible committees and institutions, since the government’s history in providing aid to migrant workers hints at imminent negligence.

Seeing as ARM has been working with migrant workers for the past 10 years, Baba believes that the best way to ensure their access to the vaccine is to be involved on the ground with “the planning and the actual vaccination plan with consulates, International Organization for Migration, embassies and others.”

“We know the particular cases, and we’re concerned that some people may demonize migrant workers who are afraid of the vaccine,” said Baba.

According to Baba, many of the migrant workers who hail from African countries have a fear of vaccines due to their history with medical experimentation.

ARM is aware of all of these concerns, and is capable of addressing them should they be given a seat at the table of the vaccination committee.