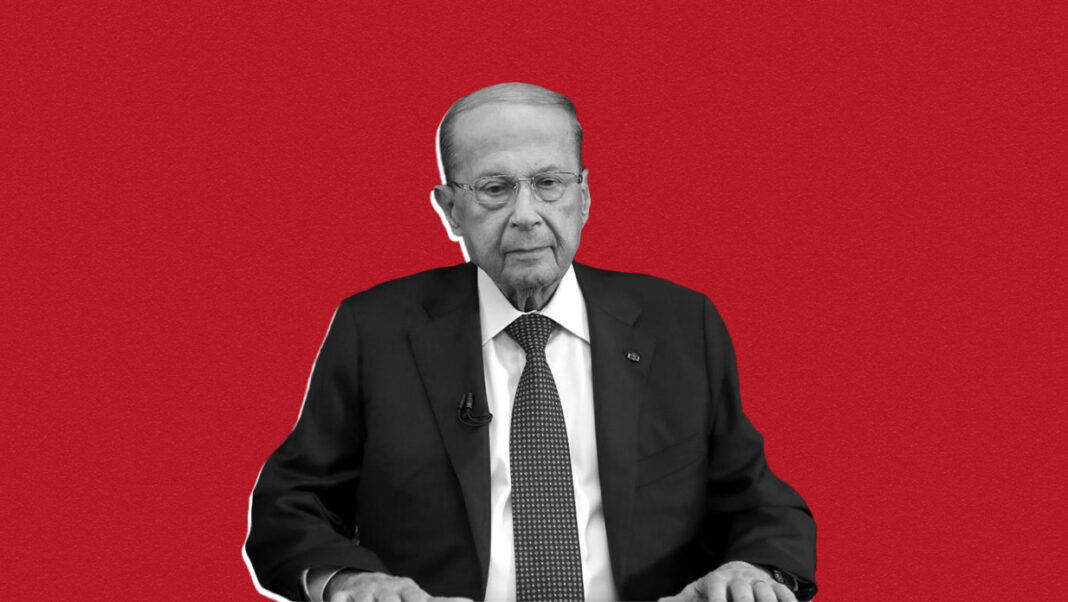 Aoun stated that representatives of the Ministry of Finance, the Governorate of the Central Bank and the Alvarez & Marsal firm met on Tuesday and failed to reach a tangible outcome, which he then considered as “procrastination” and evidence as to why the audit will not go through.

“The Lebanese people are waiting to know what has become of their funds, and we fear that their lifetime savings might have been robbed and that time is now being stolen,” he said, saying the Central Bank has no intention of carrying out a forensic audit.

The Council of Ministers previously took the decision to conduct the audit on March 26, 2020, but this decision remains unimplemented as of late. Negotiations have since then been replaced by remote correspondence.

The forensic audit can reveal the exact cause behind the current economic and financial collapse.

Aoun stated that he had previously lobbied for a forensic audit after his return in 2005, and after he became president, around the time when the financial and monetary crisis started to pick up.

Aoun went on to explain the history of the forensic audit thus far, including the Council of Ministers’ objection to the forensic audit using “weak excuses,” the Central Bank’s lack of cooperation with Alvarez & Marsal, and ending with Parliament passing a new law suspending the application of the Code of Bank Secrecy to facilitate the forensic audit.

“It is obvious that the main goal of procrastination is to drive the firm to despair so that it leaves Lebanon, the forensic audit is doomed and the criminals go unpunished,” he added.

“I am Michel Aoun and I say to all the Lebanese: You may disagree with me in politics but you will always find me by your side in right,” he said.

Aoun and Prime Minister-designate Saad Hariri have been locked in seven months of political conflict over the formation of a new Lebanese government, with Hariri saying the president is seeking veto power for his political party, as the country sinks further into economic collapse.

Aoun then continued to condemn all responsible parties for the crisis thus far, including the Central Bank, commercial banks, governments, ministries, and more.

“To the central bank I say: the main responsibility befalls you,” Aoun said. “You should have taken measures to protect people’s money in the banks.”

Aoun did not take responsibility for the situation of the country himself, instead pointing fingers at nameless political and apolitical leaders who he says helped facilitate the collapse by covering up the actions of others.

“To the states that claim solidarity with the Lebanese people…Help us disclose money transfer transactions that were considered financial smuggling after October 17, 2019,” he said.

The address ended as Aoun declared “yes for forensic audit, so that you and Lebanon can live long.”

Another meeting between the Ministry of Finance, the Governorate of the Central Bank, and Alvarez & Marsal is set for Friday.

Karem Monzer - April 14, 2021 0
Tripoli ≠ Terrorism is a portrait of a neglected city with great potential for prosperity.

Lynn Sheikh Moussa - April 13, 2021 0
Caretaker Minister of Public Works Michel Najjar announced on Monday that he signed off on a request made by the Lebanese government to increase...

Lynn Sheikh Moussa - April 13, 2021 0
Today marks 46 years since the start of the Lebanese Civil War, and the country is struggling more than ever.