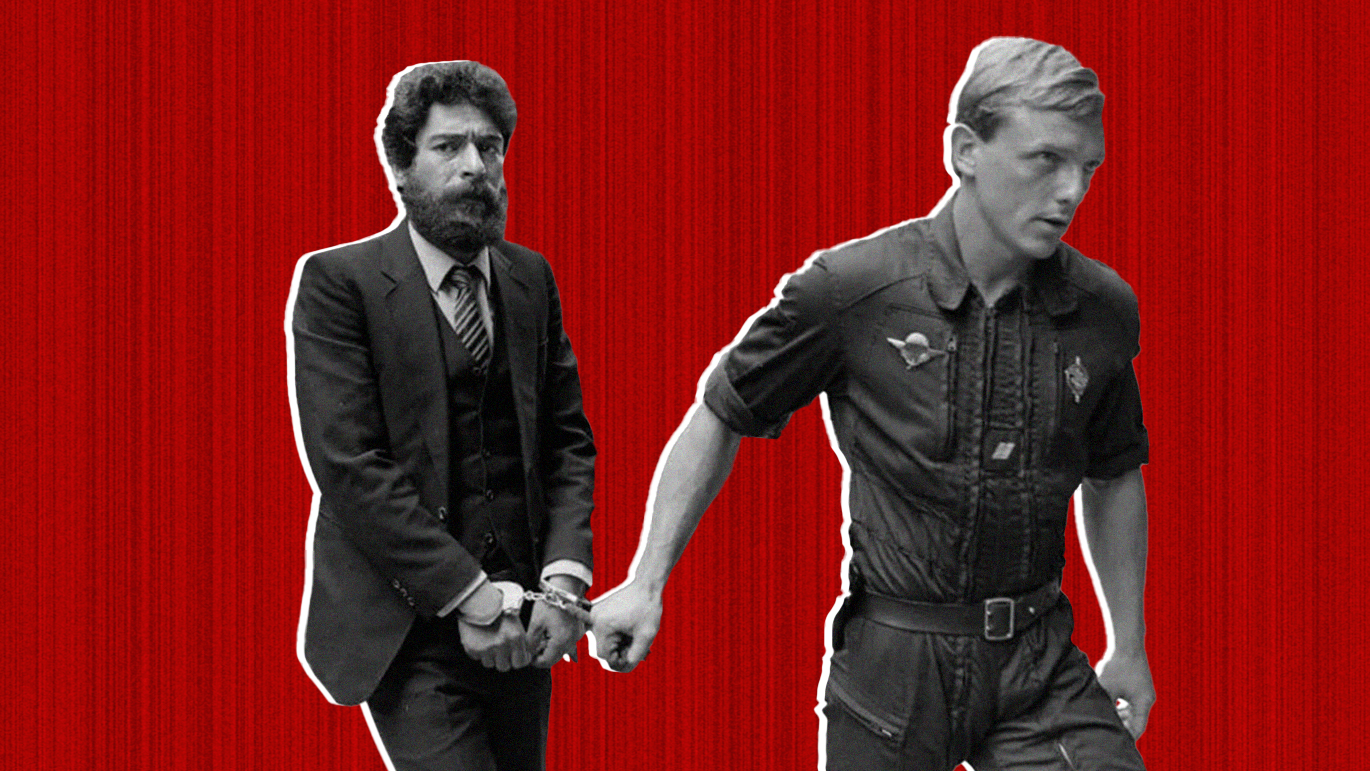 Lebanese left-wing activist Georges Abdallah turns 70 today, spending yet another year in prison since his incarceration in 1987.

Abdallah is most famous for co-founding the Lebanese Armed Revolutionary Factions, which claimed responsibility for the Paris murders of Lieutenant-Colonel Charles R. Ray in 1982 and Israeli diplomat Yaakov Bar-Simantov during the height of the Lebanese Civil War. He was also involved in the attempted assassination of the former American consul in Strasbourg.

“I do what I do because of the injustice done to human rights where Palestine is concerned,” Abdallah testified during his trial.

He is widely regarded as a revolutionary by left-wing activists for his advocacy against the humanitarian crimes perpetrated by Israelis against Palestinians, and as a terrorist by French and American authorities.

Abdallah was born into a Maronite Christian family in the northern Lebanese town of Al Qoubaiyat in 1951.

He co-founded the Lebanese Armed Revolutionary Factions (LARF), a small Marxist anti-imperialist group in 1979. This was four years after the start of the Lebanese civil war.

Following the murder of Charles R. Ray and Yaakov Bar-Simantov in 1982, Abdallah was arrested in Lyon on October 24, 1984, and sentenced to life in prison during 1987.

Abdallah’s trial is said to have suffered from several defects, a black mark on the French legal system.

Around 17 years after his conviction, Abdallah’s former lawyer Jean Paul Mazurier confessed that he was recruited by the domestic French intelligence agency to spy on the LARF co-founder.

His personal involvement in the LARF attacks was also never established, with the only evidence that French authorities found at the time of his arrest being false travel documents.

French authorities negotiated a deal to release him in exchange for a French diplomat being held hostage by his supporters in Lebanon. Following the diplomat’s release in April 1985, French authorities turned back on the deal when they reportedly found explosives and the pistol used to kill Ray and Bar-Simantov at the apartment Abdallah stayed in.

His supporters believe that the evidence used against him during his trial was fabricated retroactively to convict him.

He was eventually charged with complicity in the assassination of the two foreign representatives and sentenced for life, although the French prosecutor and government recommended the court sentence him for a maximum of 10 years.

In 1999, he completed the minimum portion of his life sentence, making him eligible for release. He submitted several requests for parole, all of which were then denied.

In 2003, he was granted parole by French court but the US Department of State objected to this decision. Minister of Justice Dominique Perben appealed against his release.

As per French law, Abdallah has the right to ask for a new release date every two years, but this was continuously refused. In 2008, new laws were created for the prevention of reoffending, but this was applied retroactively in his case.

In 2013, Abdallah was finally granted parole on the condition that he would be deported from France. His lawyer agreed, stating that Abdallah wished to return to Lebanon where he would resume teaching.

However, the US State Department yet again objected against his release. The US Ambassador to France also stated that he was disappointed by the decision, declaring that a life sentence was the “appropriate measure.”

Despite this objection, Abdallah was still set to return to Lebanon on January 14, 2013.

“I welcome this ruling as I had asked the French courts not to act like a whore for the American pimp,” said Jacques Verges, his lawyer, at the time.

However, French Minister of Interior Manuel Valls refused to sign an administrative paper that would allow the deportation of Abdallah, halting the entire process in its tracks.

A French court later on annulled the parole granted to him.

Abdallah remains imprisoned to this day, eight years after he was meant to return to Lebanon. He is France’s oldest political prisoner.

On 21 March 2021, Lebanese caretaker Justice Minister Marie-Claude Najem met with Abdallah in his prison in France. Najem had previously brought up Abdallah’s case in May 2020 over a phone call with a French counterpart.

Abdallah’s family issued a statement in appreciation of Najem’s visit, hoping this would lead to positive results.

So far, little progress has been made on his case since the annulment in 2013.