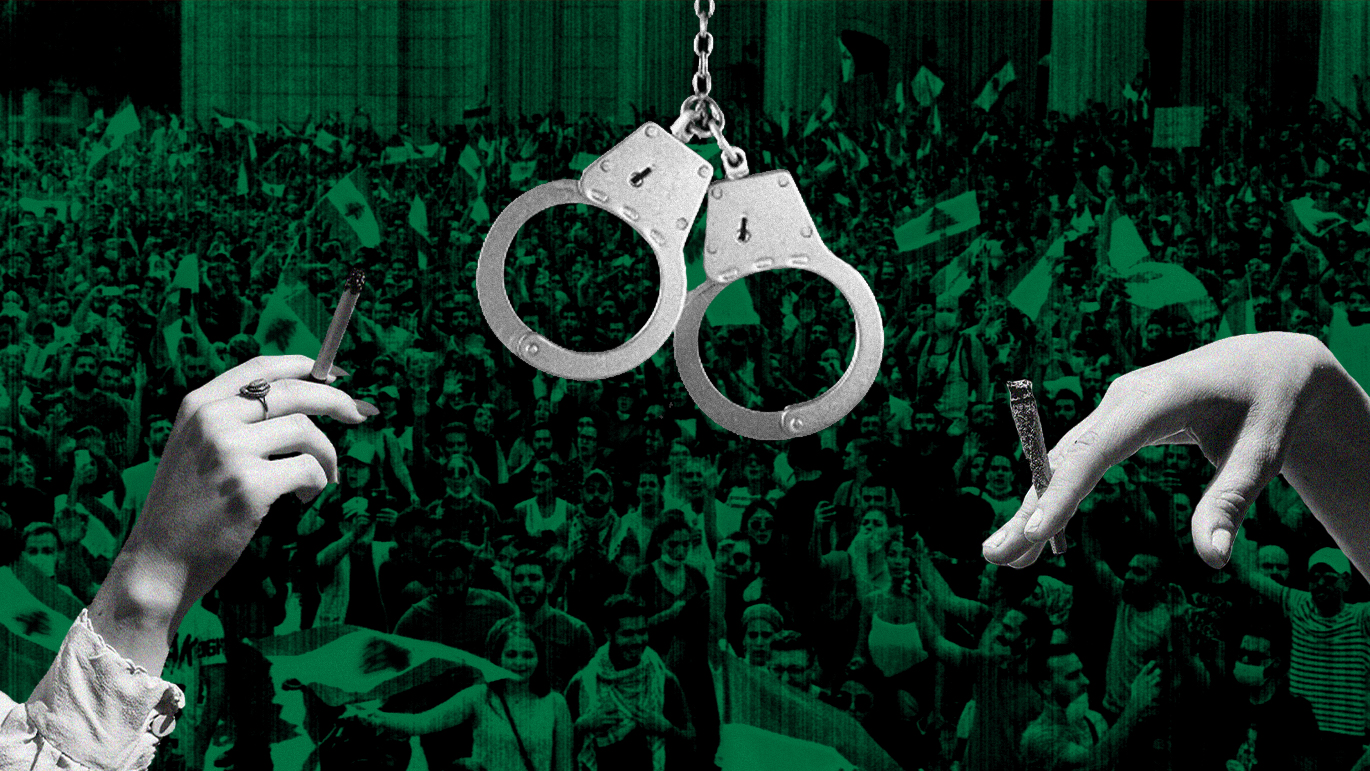 Suspected of drug use and arrested while protesting? These are your rights

As protests are reignited across the country once again, demonstrators grow apprehensive of falling victim to human rights violations imposed by Internal Security Forces and the Lebanese Army.

Since the start of the October 17 revolution, protestors have suffered life-long injuries following security forces’ use of tear gas, rubber bullets, and deadly force on the streets and have been subject to violations behind closed doors while detained.

In one particular instance, security forces have abused the detention of protestors to track down drug users or individuals suspected of drug usage.

Skoun, the Lebanese Addiction Center, told Beirut Today that suspected drug users are most commonly being forced to undergo a urine test or have their phones searched while in police custody.

Following the August 4 explosion, demonstrators called for large-scale protests across the country on August 8. On that day, a number of people were arrested at protests and were subjected to urine tests.

“This means that there’s a possibility that the state is using urine testing to oppress people demanding reform,” says Wazan.

According to Wazan, this tactic became popular during the 2015 protests and reappeared on August 8. Effectively, urine tests have become part of a tactic implemented by security forces to instil fear within demonstrators and paint protests as unsafe.

“Police officers and public prosecutors are going to disagree on this, but technically if you have a history of drug use, this is not a good enough reason to have you tested for substance use again,” said Wazan.

Since its establishment in 2003, Skoun has acted as an outpatient therapeutic facility in Lebanon for substance abuse and has sought to raise awareness on the issue. In light of the recent protests, they have worked on making drug users aware of their rights on the streets.

Wazan states that there are four rights users must always be aware of when protesting:

If caught in possession of drugs or coerced into conducting a urine test, users have the right to ask to be referred to the drug addiction committee.

The committee is then responsible for sending users to a Ministry of Public Health accredited center, which will then take them through a treatment program. Users are only labeled as criminals if they refuse to undergo this treatment.

Otherwise, undergoing a treatment program prevents the offense from going onto their criminal record.

Prior to 2018, users were called in for a hearing in front of an investigative judge after months, and in some cases, years. They were kept in the criminal justice system, rather than under the public health system, which can act as a barrier for them in public life.

A 2018 campaign from Skoun advocated against the state public prosecutor to apply the law and refer users to treatment from the onset of the arrest rather than keep them in police custody before referral. Despite passing a circular, referral from the onset of arrest has not yet been put into practice.

“It’s not pleasant to go through. If they’re referred to court, they have to keep following up and they may be subject to paying expensive legal fees,” said Wazan. “You may miss your court hearings, you may be judged in abstention, you may be dragged into the case for ages, etc. From the moment you’re arrested, you undergo a very unpleasant series of events.”

Skoun in light of the economic and social crisis

As is the case with every Lebanese citizen, Skoun has been heavily affected by the ongoing crisis. In previous years, its outpatient clinic was funded by donors and an annual fundraising gala.

“Funding for our treatment center is a bit difficult right now. We currently have two centers: one in Beirut and one in Baalbek. We’re hoping to sustain our efforts in these two centers,” said Wazan.

Yet structural and operational problems are not the only ones that have come up since the crisis began. Many of Skoun’s beneficiaries are unable to access their medication because it’s too costly, or being incapable of providing their basic needs, in addition to another number of beneficiaries having their homes destroyed post-blast.

“Skoun is made up of people who live here, so we are all affected in the same way,” said Wazan.

Despite these challenges, Skoun is set on continuing its mission of fighting for the rights of drug users, as well as raising awareness and working on destigmatizing the issue of drug use in Lebanese society.