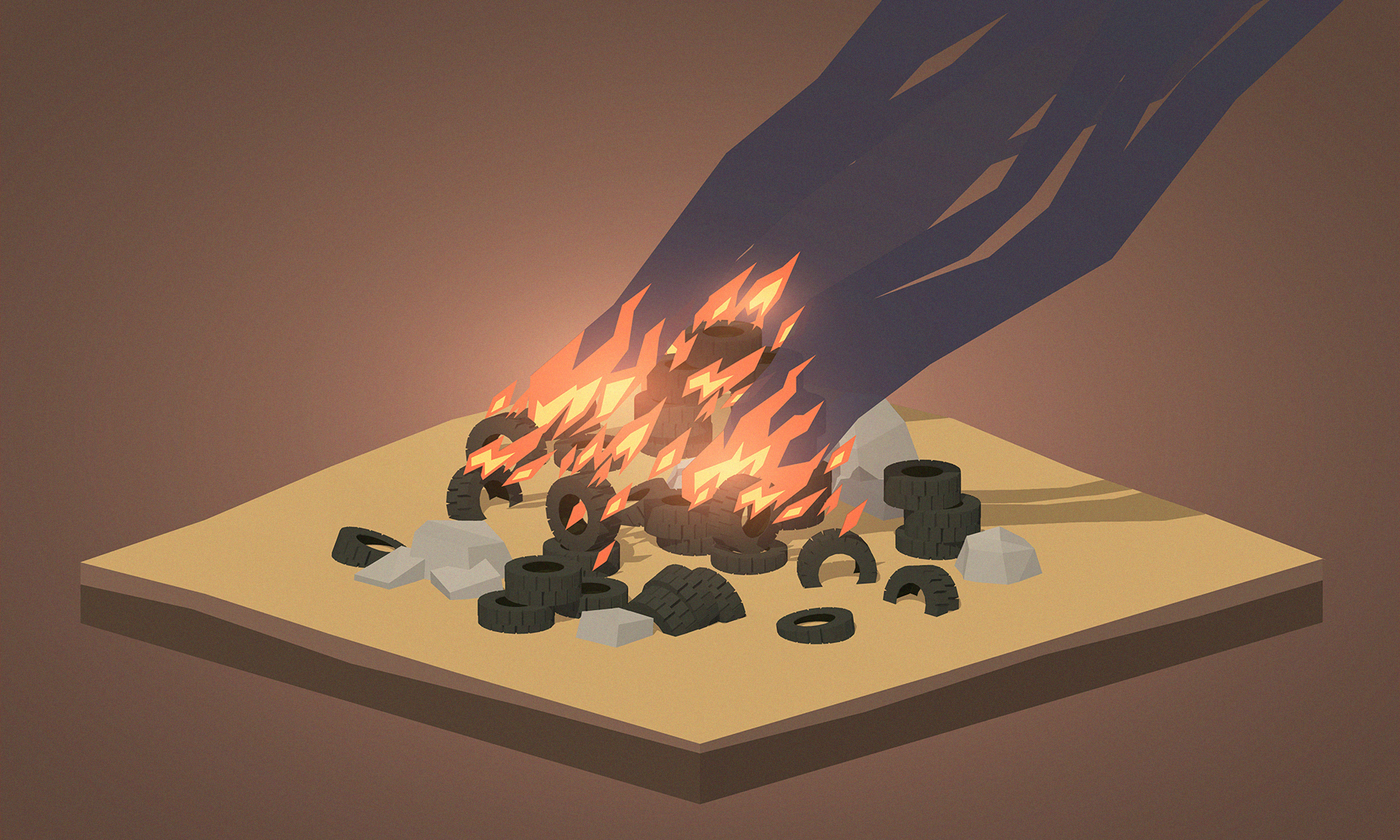 Demonstrators took to the streets on Tuesday night to protest deteriorating living conditions as the Lebanese pound reached LBP 10,000 against the dollar on the parallel market, a new historic low for Lebanon’s local currency in the recent history.

At around noon on Tuesday, exchange shops were reportedly selling the US dollar at a rate of LBP 10,000. The foreign currency previously hit a record high of LBP 9,800 on July 2 before plummeting. It is unsure whether the same pattern is expected to repeat itself as of yet.

“What are you waiting for?”

Lebanon’s minimum wage of LBP 675,000 is now valued at only $67 at the parallel market rate, compared to $450 before the October 2019 tipping point of the economic crisis. Throughout the day, hashtags such as “dollar” and “Lebanon is not okay” were trending on Twitter.

In previous weeks, Lebanese citizens and residents have endured a significant increase in electricity rationing caused by factors that include administrative disputes and a “failure in opening a line of credit” for ships carrying necessary fuel.

Lebanon “will enter total darkness by the end of this month” without a government, a Finance Ministry source told Arab News.

The local currency decline coincides with the passing of the February deadline for banks to raise their capital. Local media suggested banks were buying dollars from the parallel market to meet Central Bank liquidity requirements.

Local media reported feelings of rage and restlessness amongst yesterday’s protesters. More than half of the population has now sunk below the poverty line according to the UN, with unemployment on the rise and inflation seeping through every way of life.

“They’re starving us,” said one protester on live television. The cost of living is rising as subsidies on essential goods are gradually being lifted.

Protesters blocked main roads across the country, from northern Tripoli to southern Sour, by lighting tyres and trash cans. In the capital Beirut, protests raged on across different parts of the city, including the famous Martyr’s Square, Ring bridge, Verdun, Bechara El-Khoury and so on.

Protesters briefly faced off with the Lebanese Army on the Dora highway, with the latter failing to reopen the road.

“We’re also protesting for you,” demonstrators shouted at soldiers.

A soldier who is earning a monthly salary of $900 at the official LBP 1,500 rate now has the equivalent purchasing power of $135.

Al-Jadeed reported that a reporter and cameraman were attacked on the Ring bridge, with their camera broken, by individuals not yet identified as protesters.

Despite the heavy action on the streets, the ruling class has yet to address the ongoing crisis or the demonstrators.

Parliament Speaker Nabih Berri, who has held his position since 1992, previously promised to work on decreasing the value of the lira to only LBP 3,200 for every one dollar, yet remained silent last night as demonstrators took to the streets.