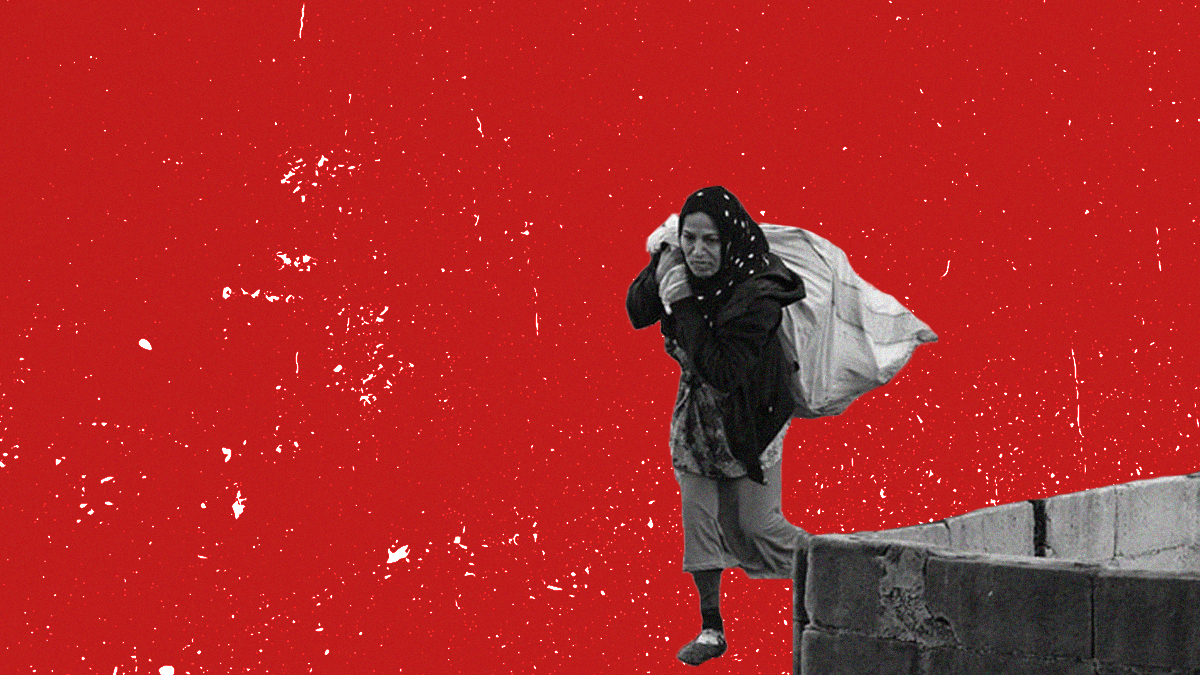 More than 100 tents set on fire in Miniyeh refugee camp

Following a dispute that took place between a few Syrian and Lebanese individuals on Saturday evening in the Northern town of Miniyeh, a group of Lebanese residents set an entire Syrian refugee camp on fire using gas flasks in Nazi pogrom fashion. The fires spread and burned more than 100 tents in which Syrian families lived.

“What happened was that an individual act [the dispute] led to this great tragedy,” commented governor of North Lebanon Ramzi Nohra. “There are more than 100 tents, so we’re talking around 100 families.”

According to the UNHCR, more than 370 residents were forced to flee from the camp and at least four were injured.

This incident comes in close succession to a similar one in the town of Bcharre, where a personal dispute that led to the death of a Lebanese citizen was followed by an invasion of the houses and camps of Syrian refugees in the area and the beating down and the displacement of hundreds of Syrian families.

The numbers are huge and to put it in simple terms, the so-called “retaliations” that are taking place are nothing but racially-motivated fascism.

Generalization and racism in Lebanese culture

It is not uncommon in Lebanese society to generalize, blame, and attack an entire group of people from a certain sect or nationality for individual incidents and personal disputes. In fact, it is also not uncommon to blame the entire group for the general misfortunes that the country is facing, a rhetoric many political parties use for their political interests.

The Free Patriotic Movement and its leader Gebran Bassil, for example, are known for being proud of their xenophobia and claiming that the Syrian refugees are behind Lebanon’s economic problems. Similar narratives have been used by fascists around the world and across time.

Racist attitudes also affect the grievability of Syrian lives, a term I borrow from philosopher Judith Butler. The philosopher and gender theorist uses it to describe how certain lives are not deemed valuable, worthy of mourning, or “grievable.”

Following the Beirut explosion, 43 Syrians died. Despite refugees being one of the main groups affected by the blast at the Beirut port, they received drastically less attention and were deemed less important. Some aid initiatives even denied them help because of their nationality.

Incidents like the one in Miniyeh and Bcharre reflect the systematic discrimination that Syrian refugees face on a daily basis concomitantly with campaigns produced by the ruling class to vilify them, distort their image and classify them as enemies.

With the total absence of government intervention, the incidents also reflect the lack of legal and security measures to protect the rights of refugees –particularly in sensitive times like these.

As the conditions in the camps were already abysmal and far below decent standards of living, the destruction adds further agony to the tragedies of those who have been the victims of fascist regimes time and time again. No one should be blamed for something they had no part in, and no entire group of people should suffer because of an act that one individual committed.