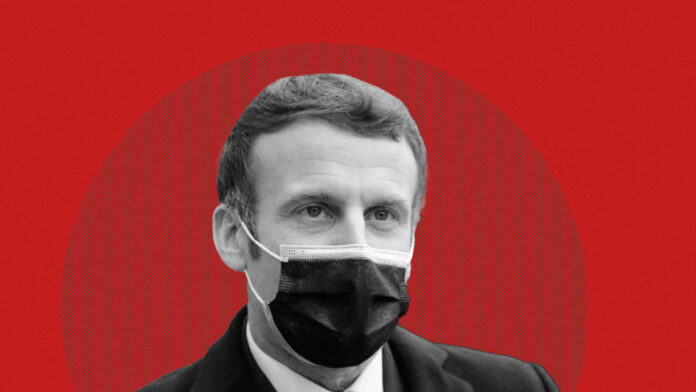 French President Emmanuel Macron has tested positive for the coronavirus, days ahead of his scheduled trip to Lebanon.

Macron’s Elysee office said that the 42-year-old president would self-isolate and carry out his duties remotely. The president will cancel all visits, including his Dec. 22 – Dec. 23 trip to Lebanon.

Ahead of what would have marked his third trip to Lebanon in the past few months, hope emerged that Macron would help break Lebanon’s ongoing cabinet formation deadlock. Lebanon has not had a government since August 10, when Prime Minister Hassan Diab’s cabinet resigned in light of the Beirut port explosion that decimated swathes of the city, killed hundreds, and left 300,000 homeless.

The news of Macron’s cancelled trip has led the rate of the Lebanese lira to slightly decline against the dollar on the black market, now trading at around LL8,500.

“The situation is not comforting at all,” said Nabih Berri, the Speaker of the Parliament of Lebanon since 1992, earlier this week to Al-Joumhouria newspaper. “We have entered a tunnel and I do not know how we are going to get out of it. The government situation is completely blocked, we are in a dire situation.”

Berri mentioned his hope in the French President breaking the stalemate on his next visit, and blamed the President and Prime Minister-designate for the delay in the cabinet formation.

On his previous trips to Lebanon, the French president presented Lebanese politicians with a roadmap to recovery that –if followed– would unlock much-needed international aid that can assist the country out of its economic crisis. The roadmap urged for the quick formation of a new government, which, almost five months later, has still not occurred.

Hariri, who resigned from his position last year after public pressure during the October 17 protests demanding an overhaul of the Lebanese political system, was tasked with forming the government on October 22.

Since then, his attempt has faced several obstacles and arrived at a dead-end because of disagreements with President Michel Aoun’s Free Patriotic Movement (FPM) party. After weeks of debates that have been shrouded in mystery to the public, Hariri submitted his cabinet lineup to the president only to be met by a counter-proposal from Aoun on the same day.

Statements from their respective offices showed great gaps between their demands, particularly in naming which Christian ministers will take part in the cabinet. Aoun rejected Hariri’s “monopoly” in naming them.

“President Aoun objected to the mechanism according to which the cabinet portfolios had been distributed among the sects without discussing the proposed candidates,” according to a statement from the Lebanese Presidency.

According to Hariri’s office, Aoun demanded veto power –or one third of the ministries–in the upcoming government. Hariri urged Aoun to put party interests to rest.

The upcoming Cabinet is still being marketed as one composed of “nonpartisan experts,” but the ongoing disputes indicate otherwise.