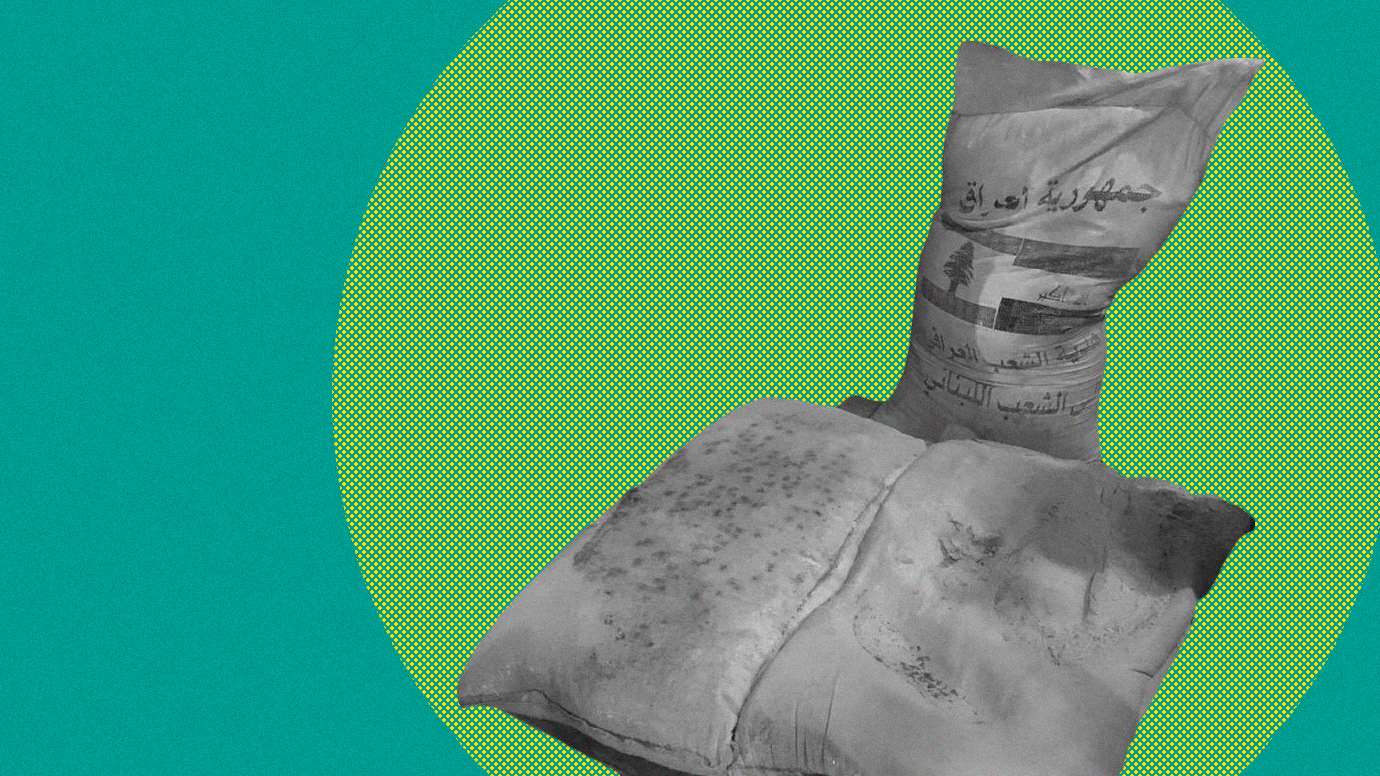 Over ten thousand tonnes of flour, donated by the Iraqi government, have been found in poor condition in the Camille Chamoun Sports City Stadium. The flour was part of a donation made by the Iraqi government in response to the August 4 blast, and was exposed to air, moisture, water, insects and rats at the stadium.

The Embassy of the Republic of Iraq in Beirut issued a statement on Wednesday stating that the delivery of the flour was coordinated between them and the Lebanese government. The flour was then transported to the stadium, where it was discovered rotting around three weeks ago by municipality police.

The Iraqi Embassy denied involvement in the flour’s storage.

The Ministry of Economy and Trade has issued a statement with a copy of the results of the tested Iraqi flour donation samples, conducted by the Industrial Research Institute – Central Laboratory of Grain, Flour and Bread.

“The samples of flour were taken from the Iraqi donation that has been stored in the warehouses of Beirut’s Sports City; they have been taken from different spots, according to the established rules,” reads the statement. “All of the tested samples have proven to be in compliance with health and nutritional standards, contrary to all rumors.”

The government has yet to reveal what will be done with the remaining “clean” flour.

When the flour was initially discovered at the stadium, a team of food safety experts from the Municipality of Ghobeiry were denied entry to check on its condition.

This is only one of several scandals to emerge with regards to the government’s handling of post-blast food donations. Earlier in September, President Michel Aoun came under fire after 1,675 KG of tea donated by the Sri Lankan government were distributed among presidential guards rather than among victims of the blast.

In late August 2020, the official Twitter account for the presidential office tweeted a photo of Aoun meeting with Sri Lankan ambassador Shani Karunaratne, stating that the country donated the Ceylon tea for the victims of the explosion.

Following the scandal, the presidency stated that the donated tea was a gift to Aoun himself, as a gesture “of solidarity and friendship between Sri Lanka and Lebanon.”

The previous tweet was claimed to be an error.

Another scandal emerged in mid-August regarding 12 tonnes of fish donated by Mauritania. The army responded by saying they had received the fish and “stored it according to public safety standards”, and were allegedly “in contact with a number of associations specialized in preparing meals, to cook fish and distribute them to the peoples affected by the Port blast.”

Other citizens have claimed to have seen food donations being sold within supermarkets across Beirut’s suburb and in the Bekaa region. Twitter users put up images of the donated food supplies, accusing the government of mishandling the donations.