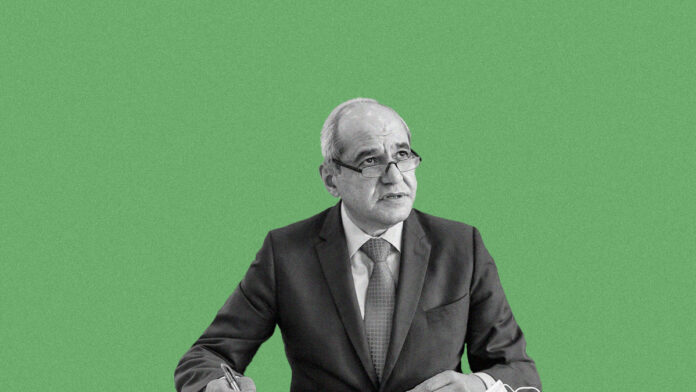 The independent head of the Beirut Bar Association is calling on citizens to join in on “Recover the State Together,” a new national rescue initiative to bring independent experts into the next government.

“The principles of this initiative are to an extent an implementation of the constitution, and based on the scale of the people’s pains and hopes,” said Khalaf.

His opening speech rejected the weakening and collapse of the state, demanding a new Cabinet of independent specialists who can put together a financial plan and seek “full justice” for the victims of the August 4 Beirut blast.

The citizens and residents of Lebanon are suffering from the country’s worst economic collapse, said to be the result of years of corruption and mismanagement by the group of politicians who have been in power for decades. The crisis has been exacerbated by unlawful bank restrictions, an explosion that decimated swathes of the capital, and the global COVID-19 pandemic.

Prime Minister-designate Saad Hariri, who has already led the Lebanese government three times before, was tasked with forming a new “technocratic” and merit-based Cabinet on October 22. One month later, the political deadlock remains as a result of sectarian disagreements regarding which parties will lead different ministries.

Khalaf’s launch speech touched upon the need for change, advocating for independent experts and non-sectarian leadership. The head of the Beirut Bar Association mentioned Hassan Diab’s government, which he said included qualified figures who were “crushed by the system.”

“You can’t draw a straight line with a sawtooth ruler,” he said. “On one side, we want to fight corruption and have a functional government and institutions and, on the other, we are using the same tools and methods that led the country to the current situation.”

Since his victory over candidates backed by political parties last year, the lawyer has defended the rights of everyday citizens against authorities that violate their rights. His new initiative calls on the creation of a “state of citizenship, a state of law, a state of human rights and democracy.”

“Recover the State Together” also demands a new government that will push for a forensic audit of the Central Bank (BdL) and public institutions, with Transparency International’s 2019 Global Corruption Barometer for the MENA region showing that 89 percent of people in Lebanon believe that government corruption poses a big problem.

Restructuring consultancy group Alvarez & Marsal walked away from a contract to audit BdL less than a week ago because the bank refused to provide the necessary information, according to caretaker Finance Minister Ghazi Wazni.

International donor groups such as the International Monetary Fund, which Lebanon needs to pull itself out of the economic crisis it is in, have expressed the necessity of an audit prior to offering aid.

The politicians and sectarian parties, said Khalaf, “should have some humility and recognize their mistakes to start going forward.”