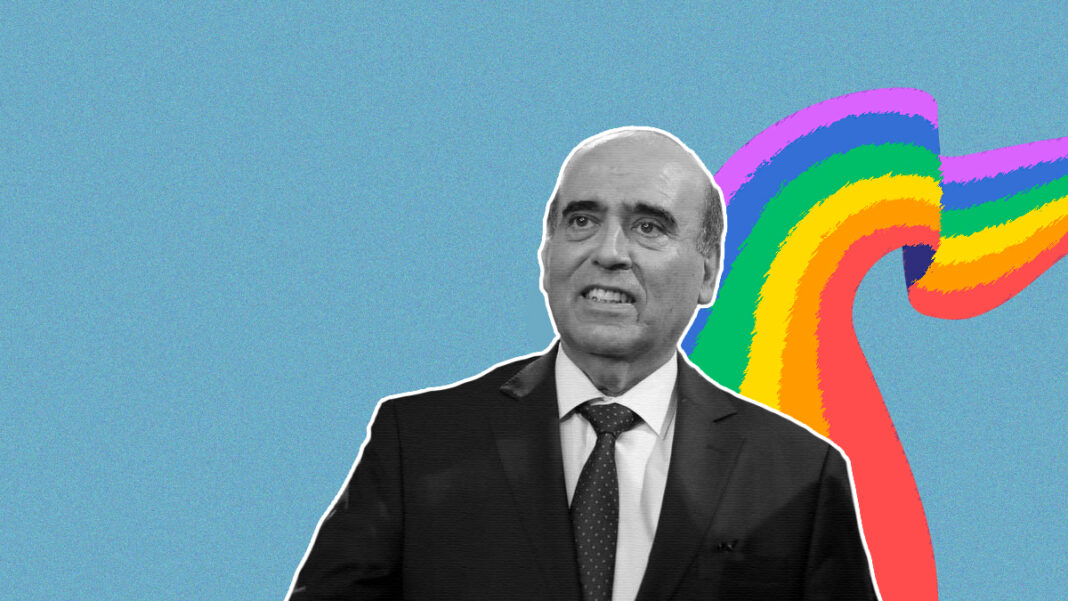 Out of 37 member states of the “Media Freedom Coalition,” Lebanon was the only country not to sign a pledge calling for the support of media freedom, the safety of journalists, an end to impunity, and more diverse representation.

Caretaker Minister of Foreign Affairs Charbel Wehbe represented Lebanon at the 2020 Global Conference for Media Freedom, virtually hosted by Canada and Botswana on November 16, during which the statement was signed by all other member states.

“36 out of 37 member states of the ‘Media Freedom Coalition’ signed the statement. Lebanon, a state member of this coalition, did not,” reported the Maharat Foundation, a Beirut-based NGO founded by a team of journalists to call for democracy and the freedom of expression.

The statement sounded the alarm about the restriction of media freedom by authoritarian regimes, calling for free and accessible media that represents marginalized groups such as women and the LGBTQ+ community.

When journalists used Twitter to question why Lebanon refused to sign, the caretaker minister denied the country’s opposition to media freedom. Instead, he focused on a clause that contradicts Lebanese law.

“We didn’t oppose any word about the freedom of the press,” Wehbe quote-tweeted Salman Andary, a news reporter and producer with Sky News Arabia. “Instead, we had our reservations about a clause in the statement that conflicts with Lebanese laws but that has nothing to do with media freedom.”

Wehbe’s response suggests that the country opted out of signing the statement due to a clause that would defend the rights of members of the LGBTQ+ community.

The “Media Freedom Coalition” statement highlighted the importance of representing vulnerable groups that are subject to multiple forms of discrimination and human rights abuses, including “members of racial, ethnic and religious minorities; persons with disabilities; and lesbian, gay bisexual, transgender and intersex (LGBTI) persons.”

Laws do not criminalize homosexuality or being trans*

While Minister Wehbi’s decision suggests that homosexuality is illegal in Lebanon, that is untrue.

Members of the LGBTQ+ community in Lebanon are legally persecuted based on the interpretation of an 80-year-old article (534) in the Lebanese Penal Code that prohibits sexual relations that “contradict the laws of nature.”

The vague article leaves room for judgment to be made based on the whims and beliefs of judicial authorities, also subjecting queer people to systemic persecution from security forces.

By refusing to sign the “Media Freedom Coalition” statement, Minister Wehbi is rejecting the right of queer people to live in dignity and be represented.

Pledge or not, the Lebanese government has not shown any willingness to protect both press freedom and queer people.

Since the start of the October 17 revolution in Lebanon, journalists (and protesters) have suffered abuse at the hands of Internal Security Forces and Lebanese Army officers.

The SKeyes Center for Media and Cultural Freedom reported more than 75 violations against media professionals between October 17, 2019 and January 20, 2020 –from beatings and tear gas to broken equipment and detainment.

As for LGBTQ+ people, Human Rights Watch reported violations submitted a review of Lebanon’s commitment to the elimination of discrimination against women in November. In it, the international group highlighted the use of sexual violence and torture in detention centers against members of the queer community, sex workers, and other vulnerable individuals.

“Trans women have reported being placed in men’s cells and coerced to make confessions, in addition to being locked in a room for extended periods and denied food and water,” reads the report from HRW.

Trans people, says HRW, are also often arrested on charges that include “violating public morality” and “incitement to debauchery.”

In more recent years, several criminal court judges have declined to convict people for committing “unnatural offenses” based on their sexual orientation or gender identity.

“Homosexuals have a right to human and intimate relationships with whoever they want, without any interference or discrimination in terms of their sexual inclinations, as it is the case with other people,” said Judge Rabih Maalouf in 2017, one of the most recent incidents where the judicial system explicitly supports the rights of the LGBTQ+ community.

Now more than ever, LGBTQ+ people need support in Lebanon

Lebanon’s marginalized communities, from Syrian refugees to the queer community, have been left even more vulnerable following the August 4 explosion at the Beirut port which left 300,000 citizens homeless.

The explosion destroyed key LGBTQ+ centers and meet-up spots, centered around the hard-hit Gemmayze and Mar Mikhael neighborhoods. Helem, a vital network providing mental health and emergency support for the community, lost both of its centers in the blast.

LGBTQI+ victims of the explosion, who may have lost their homes and jobs following the blast and economic crisis, may have been forced to return to families that shunned them because of their sexual orientation or gender identities. Some may be rejected, others may suffer abuse at their hands.