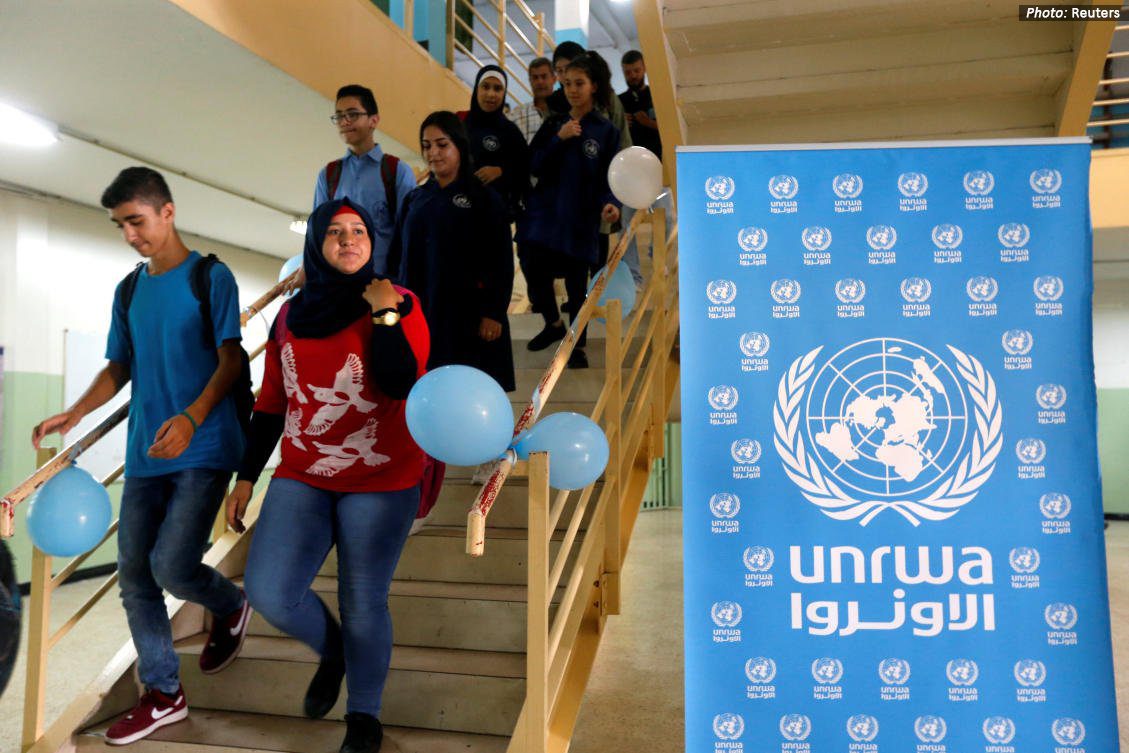 The United Nations Relief and Works Agency for Palestine Refugees in the Near East (UNRWA) announced on Monday that it has depleted its funds, rendering the agency incapable of both paying its 28,000 employees in the Middle East their full November salaries and providing essential services to refugees in the middle of the second wave of COVID-19.

“Despite the immense efforts to raise sufficient funds in 2020 to maintain UNRWA’s critical services to 5.7 million Palestinian refugees across the Middle East, as of yesterday November 9, UNRWA has run out of money,” said spokesperson Tamara Alrifai yesterday at a UN press briefing in Geneva.

UNRWA needs to acquire $70 million by the end of the month to pay “its teachers, social, sanitation & health care workers providing critical and lifesaving services” for November and December, according to General Commissioner Philippe Lazzarini.

The announcement comes two years after US President Donald Trump abruptly eliminated Washington’s $300 million per year funding for the agency, reversing an action supported by all US presidents since UNRWA was created in 1949.

According to Alrifai, UNRWA “never recovered” from the Trump administration’s decision considering that the US provided almost a third of its core yearly budget. President-elect Joe Biden previously said he plans on restoring aid to Palestinians.

UNRWA informed L’Orient Today that up to 37,000 students in Lebanon could lose their access to education, 61,000 refugees will no longer have a social safety net, and 160,000 could lose access to primary healthcare within months should the agency fail to receive emergency funding.

UNRWA has played an essential role in preserving the livelihood of Palestinian refugees in the region and providing them with essential services to help them lead healthy and productive lives.

“The COVID-19 global pandemic has only exacerbated the insecurity that many vulnerable refugees already experience on a daily basis,” said Lazzarini.

In Lebanon, more than 95,000 people have been infected by the coronavirus as of this week. The first week of November alone saw 13,000 new cases, with the country headed towards another total lockdown as it simultaneously battles its worst economic crisis in decades and the repercussions of the August 4 Beirut port explosion.

Refugees make up one of the country’s most vulnerable groups, their situation exacerbated by Lebanon’s compounding crises. Less than a week ago, a Syrian refugee set himself on fire outside of the UNHCR  reception center in Beirut because he could not afford to pay for his daughter’s medical treatment according to Internal Security forces.

The man was taken to the hospital, and the UNHCR said they were following up on his family’s needs.

In 2019, UNRWA stated that over 470,000 refugees are registered with the agency in Lebanon.

The relief group has helped set up 12 refugee camps, 65 schools, one vocational and technical training centre with 900 students spread across two campuses, and 27 health centres.

It has been one of the only sources of aid in the region for refugees, who are often villainized and neglected in Lebanon.

Lebanese law is notorious for making the lives of refugees immensely difficult, rendering Palestinians incapable of legally working in “as many as 39 professions” and forbidding them from owning real estate properties.

In 1990, the Lebanese constitution was amended to prevent the settlement of non-Lebanese people in Lebanon at a time when Palestinians formed the overwhelming majority of refugees in the country.

Members of the ruling class have also expressed racist sentiments towards refugees. In particular, Hezboallah’s Secretary General Hassan Nasrallah and MP Gebran Bassil have adamantly opposed the naturalization of Palestinian refugees in the country.

The ongoing economic and financial crisis has made life as a refugee even more difficult than it was before. Statistically, refugees generally earn less than Lebanese employees, sometimes making below the minimum wage of 675,000 LBP.

A study by the European Union found that half of the Palestinian refugee population earns less than 500,000 LBP per month.

As the lira remains in freefall when pegged against the dollar and hyperinflation overtakes every sector of the economy, these wages make survival in Lebanon extremely difficult, prompting many to dangerously attempt fleeing via smugglers’ boats.

UNRWA is one of the few remaining organizations that can provide the necessary services needed for these refugees to resume their “normal lives.”