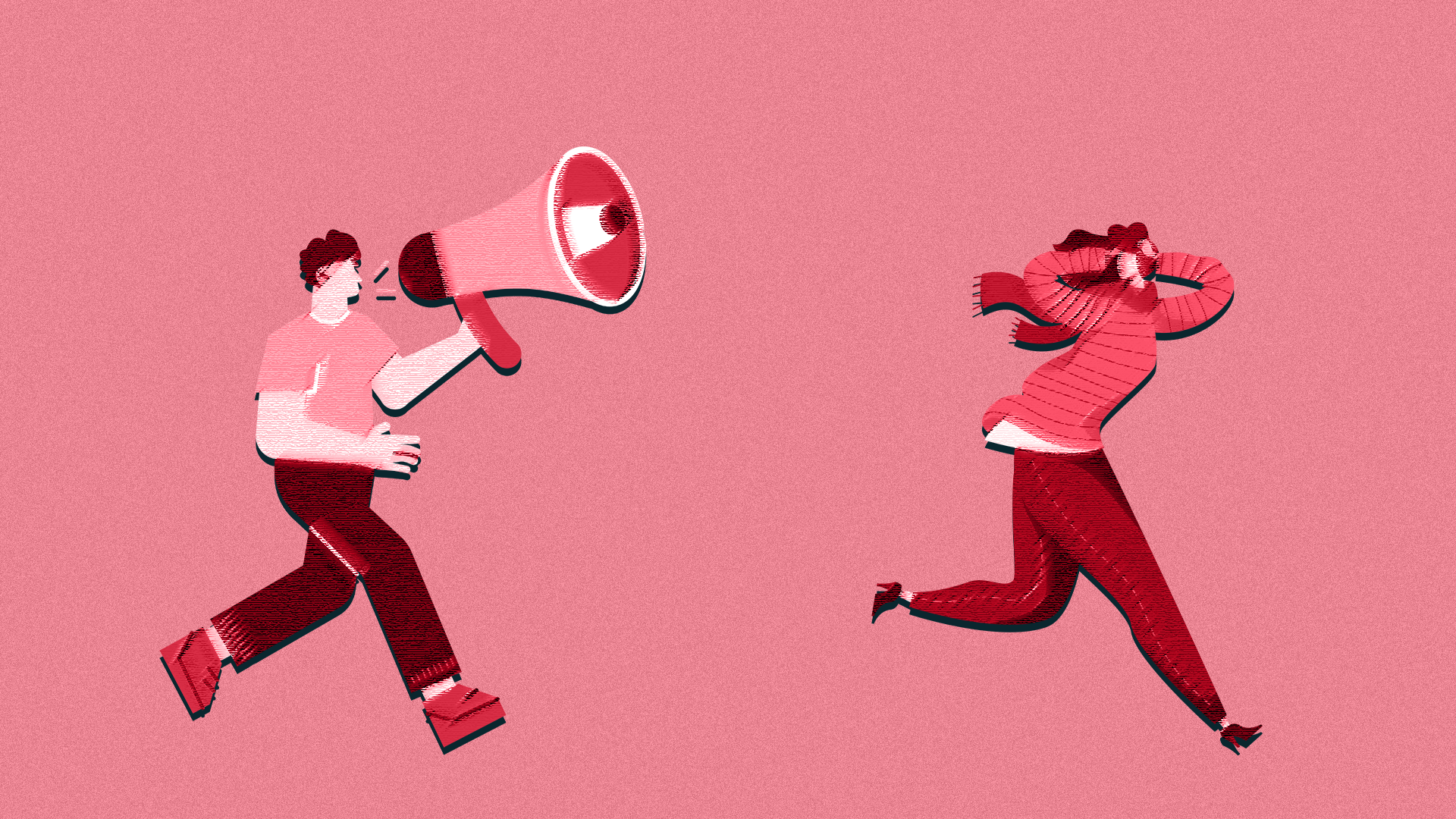 The other day it hit me. I was in the car with my friend and she asked me if I had seen the video Toufiluk had shared about the incident with his sister. I had, in fact, seen it the day before; I was enraged by it, utterly disgusted, but unfortunately not shocked with the details of the story. What bothered me about the video was not only the content, but the person behind it.

With the decline of the economic and social situation in Lebanon, crime and sexual harassment rates have been increasing. Noticeably, over the past few months especially, women have been speaking out more about sexual harassment, even daring to point fingers and share evidence.

Between July and August, the Internal Security Forces registered a 104 percent increase in sextortion complaints –from 47 in July to 96 in August. Reports of sexual harassment also significantly increased during the first phase of the COVID-19 lockdown, according to the ISF.

On Sexual Harassment in Lebanon

With the rise of the October 17 revolution came the gradual extermination of the “fear” factor across different spheres. People are finding it easier to speak up on the street and behind their screens about the many injustices that plague Lebanese society.

In the social sphere, the revolution  helped empower more women to come out and share their stories –as was the case in February 2020, when a campaign was launched on Twitter to expose harassers.

What started with a few women sharing their stories, became a full-fledged campaign that lasted for hours where victims shared experiences from the present and the past. Notably, this gave way for the case of Marwan Habib to see light. Although still on the loose due to his political ties, Marwan Habib, a proven harasser, has had over 50 testimonies presented against him.

Lawyer Kareem Majbour along with the victims have been fighting for justice for the girls affected but to no avail amidst the corrupt judicial institution and the broken system. Other harassers were exposed and their names are now known.

The case of Marwan Habib was a step forward in regards to addressing harassment in Lebanon, as the topic became more widely discussed and a greater number of women have since had the courage to speak up.

For years, feminist activists have been fighting for laws that criminalize this misconduct by men. But the nature of our patriarchal society makes it difficult, especially when thelegislation regarding sexual harassment is vague.

Despite that, lots of steps have been taken in recent months to battle the normalization of sexual harassment. More awareness is spread on social media and many women have become more empowered to share their incidents.

Harasser Tracker, which allows women to anonymously report where they were harassed in Lebanon to alert others, came out in 2016 following Egypt’s suit. As of more recently, several pages on Instagram and other social media platforms have become active, giving victims a safe space to share their stories anonymously and expose harassers as a way to warn other women.

Feminist groups and initatives also played a huge role in breaking the “fear” barrier when it comes to sexual harassment, especially during the earlier days of the October 17 revolution, by introducing chants against the patriarchy.

Despite the strict COVID-19 measures at the time, many feminist initatives and civil society groups insisted on holding the annual Women’s Day march for the third year in a row. Women and men alike marched to demand the right for custody during a divorce, the right for mothers to hand down their nationalities to their children and the criminalization ofsexual harassment among others.

Also, the topics of women’s role in society, the increase of harassment on the street and in the workplace and the importance of criminalizing sexual harassment have since become popular during discussions and seminars.

In the legal sphere, the National Commission for Lebanese Women (NCLW) listened to street demands and proposed a bill criminalizing sexual harassment. The KIP Project, the American University of Beirut and Office of the Minister of State for Women’s Affairs had already proposed a similar law in 2017, which the NCLW used as a reference in March 2020.

Circling back to the main topic, what’s the issue with Toufiluk’s video? Toufiluk, known for his satirical videos and pranks on social media, recently shared a video explaining an unfortunate incident that had taken place with his sister Elsa, who is a minor.

While the incident is vile and definitely traumatizing for the minor, Toufiluk seemed hypocritical, speaking in an angry tone and cursing in his video. After all, he is not so innocent.

While he might not have gone to this extent, some of his earlier content demonstrates him inappropriately following women around and calling them “whores” or making comments about their feminime features in a vulgar Lebanese manner.

This behavior constitutes sexual harassment and Toufiluk has not yet apologized for it or even acknowledged that he is part of the problem. By sharing such content, he played a role in normalizing catcalling and other forms of harassment under the pretext that “it’s a joke” or that the women didn’t understand what was being said.

Whatever reasons Toufiluk had for making those videos at the time does not dismiss the fact that his behavior is predatory. He has no right to speak on behalf of women today without clearly addressing those documented incidents.

Whatever reasons Toufiluk had for sharing his sister’s incident –whether to actually raise awareness or because he was simply offended that it was his sister and his machismo kicked in–  does not dismiss the fact that we should not sit back and applaud his behavior.

While many have been praising his and his sister’s courage, others have been looking at the story from a more male-dominated perspective.

Earlier this year, producer and director Toni Eli Kenaan also shared a video of an incident that had happened with two of his female friends who were walking to their car after a night out.

Kenaan received backlash for proposing self-defense lessons without taking into consideration that it’s his entitlement that allows him to propose such an alternative while the status quo makes it hard for women to actually attend these classes.

One female activist even shared a video explaining all the fallacies in his proposal, going as far as to question who asked for his opinion, as a man, on the subject anyway.

Yet, some men still feel authorized to make comments about sexual harassment, mainly to ask what the girl was wearing, to preach that it’s a natural instinct, to normalize the behavior in one way or the other or to blame the victim. When will this sense of entitlement that men have cease to make women captives of society?

It’s near impossible for women to walk down the street carefree, or to go on a first date with a stranger or acquaintance without sending their location to a friend. Even the simple act of existing in a car has become scary.

Some women are also subject to unwarranted sexual advances at the workplace and while speaking up has become more and more encouraged, some cannot afford this luxury.

Many men who speak up on women’s behalf could be considered allies, but it’s also important for them to check their privilege, take our criticism, and reflect on their own problematic pasts.