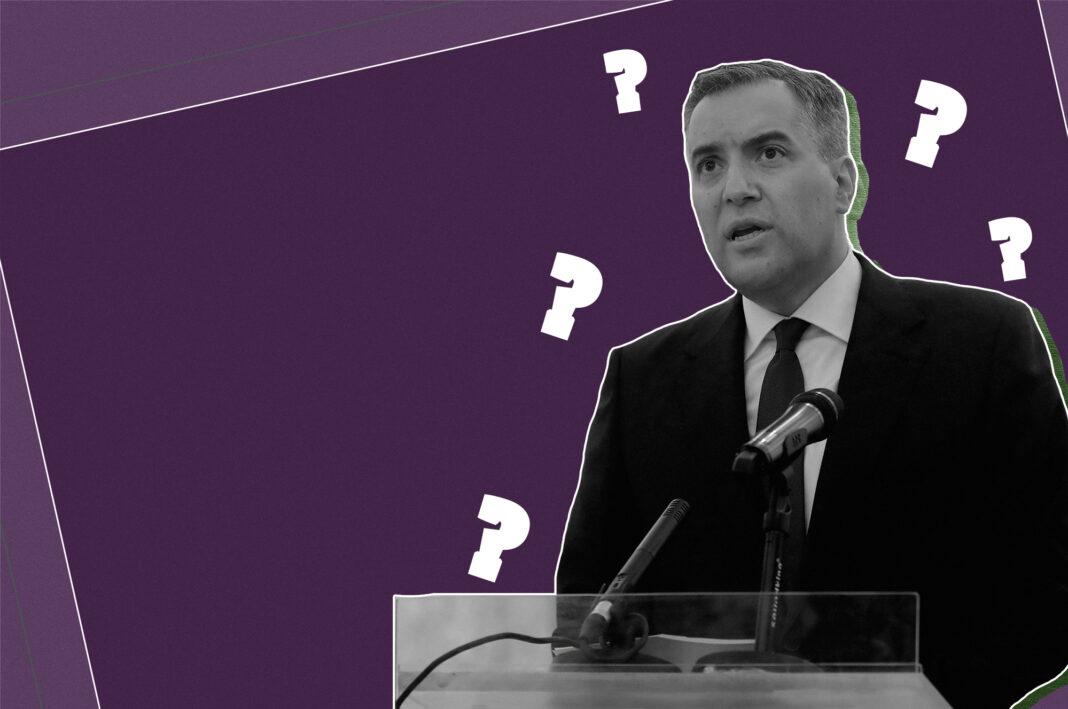 Anti-government chants echoed down the streets of Beirut on Monday, August 31 as newly-appointed Prime Minister Mustapha Adib navigated his way through the capital’s most devastated neighborhoods.

During his visit to Gemmayze and Mar Mikhayel, he promised residents the pursuit of a fair and thorough investigation into the explosion that left 190 people dead and more than 6,000 injured on August 4. His journey was met with disdain due to protestors’ distrust in the political class that appointed him.

In a meeting between members of parliament set earlier that day, the former Lebanese ambassador to Germany became the Prime Minister designate, gathering a total of 90 votes and receiving president Michel Aoun’s stamp of approval.

His victory came as no surprise as former prime ministers Saad El Hariri, Najib Mikati, Tamam Salam and Fouad El Sanioura had endorsed the academic and diplomat shortly before his delegation. Little was known about the Prime Minister at the time. And the people in Lebanon were left with one lingering question in mind: Who is Mustapha Adib?

Although unfamiliar to a large portion of the general public, the Lebanese diplomat has left his mark in the Lebanese political terrain. He became an advisor to billionaire former prime minister Najib Mikati in 2000. And in 2011, the 48-year-old moved on to become his Chief of Cabinet. His growing political prowess allowed him to seek opportunities in higher-ranking positions of diplomacy. And in July of 2013, he was called upon to become the Lebanese ambassador to Germany.

Adib’s decision to leap into his current role as Prime Minister comes at a time when the country is faced with numerous crises. Following former premier Hassan Diab’s resignation, Adib now carries the responsibility of heading a government that must rehabilitate a capital in ruins, while providing solutions to a dire economic crisis.

In his first public address, Adib vowed “to begin implementing reforms immediately, starting with an agreement with the International Monetary Fund.” He also promised to form a ministerial team filled with competent specialists.

Decades of failed leadership have given the people of Lebanese enough reasons to doubt Adib’s promises of reform and justice. Skepticism over his supposed independence have flooded the social media sphere with users expressing concerns over his ties to members of the ruling elite.

“Hassan Diab and Mustapha Adib? Two sides of the same coin,” said political analyst Ramez Dagher on Twitter. There is no doubt that one of the most difficult challenges the newly-appointed leader will have to face is earning the public’s trust.