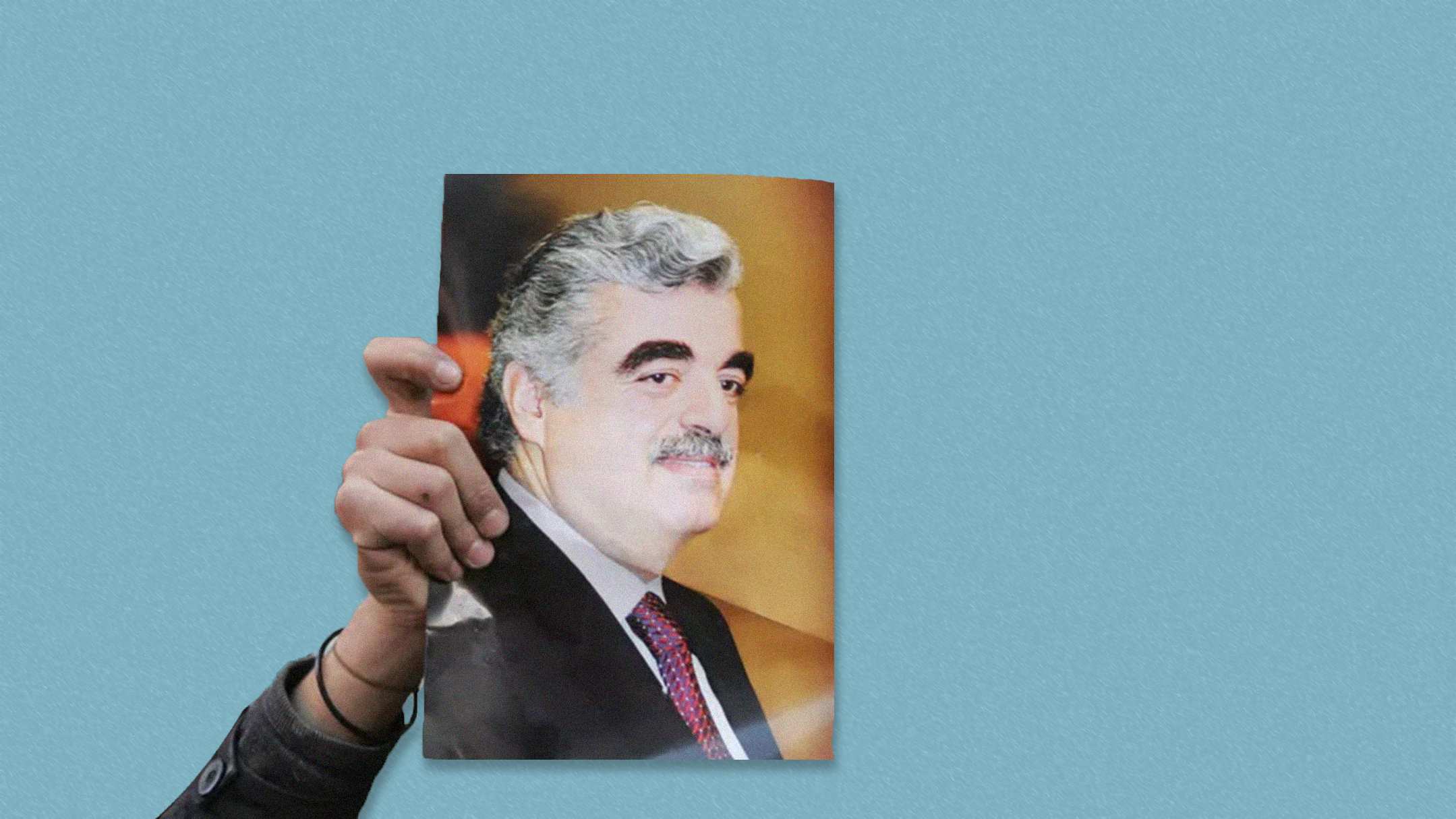 Has the international tribunal for Lebanon compromised justice in exchange for peace where the two are supposedly inextricably intertwined? 15 years later and the international  tribunal for Lebanon seems to have realized very little in ending a culture of impunity against political crimes –let alone in bringing closure for a political chapter in Lebanon’s history of independence.

Critics of international tribunals argue that justice is hardly served through the international criminal court. Tribunals tend to exacerbate tension rather than promote reconciliation and they only are only established when they serve the political interests of certain states.

The International Criminal Tribunal for Yugoslavia (ICTY) is an ideal example of the failure of the international criminal court in generating trust and credibility among the public. The tribunal failed to indict some of the most infamous war criminals and bring justice to the region. Similar tribunals follow suit.

Despite its shortcomings, the court of law promotes international accountability, eradicates a culture of impunity by bringing those responsible for the infringement of international law before the rule of law.

In Lebanon, as we witness the international tribunal into the Assassination of the late PM Rafic el Hariri, questions rise as to whether the announcement of the verdict 15 years since its foundation would spell the end of political assassinations that overshadowed Lebanon’s political scene for far too long.

Some would argue that no justice can bring back the dead, compensate for the loss of lives or pay the bill for the reconstruction efforts. It is also perceived that by establishing an international tribunal in a fragile and violated state acts as a deterrent for future acts of terror by other states or entities as in the case of Lebanon.

Thus, it becomes inevitable to ask the following: If justice cannot bring back the dead, undo the political and economic ramifications of a particular crime –add to it a country that is most likely unable to enact the court’s verdict– then what sort of justice have we been served?

In Lebanon, just like on almost everything, people were divided into two camps with regards to the international tribunal.

Some considered it a tool in Western and Israeli intelligence agencies and others found it as the only way to finally point the fingers at the Syrian regime whose political overreach has violated Lebanon’s national sovereignty for far too long.

In the face of an untrusted national judicial system, calls for an international tribunal back then were the only viable route towards “justice.”

This week’s long-awaited verdict has vindicated the Syrian regime and Hezbollah of any direct involvement in the assassination. One individual was indicted while three leaders from Hezbollah previously-charged in the initial verdict were vindicated.

The Trial Chamber pronounced its Judgment in the Ayyash et al. case today. The Chamber unanimously found the Accused Salim Jamil Ayyash guilty beyond reasonable doubt of all counts against him in the indictment. The Summary of Judgment is available here: https://t.co/SKe44Sobci

The announcement of the verdict was followed by a public outcry from the families of the victim, who have been supportive of the international tribunal from the outset that justice had failed them.

The summary of the verdict frames the assassination against a historical backdrop of a political power struggle between Syrian opponents and a regime that had slipped through the very cracks of Lebanon’s politics.

For many, the results were less than satisfying

15 years following the establishment of the tribunal and almost 970 million dollars spent, with a little less than half of the money coming from Lebanon, all the honorable judges were able to come out with is that the assassination was political –as if someone was under the impression that it was personal.

The judges also concluded that the assassination came at a time where Syrian regime had political and geo-strategic interests in Lebanon faced by a national front that stood up to the Syrian hegemony through its proxy Hezbollah –again, as if the very same Lebanese thought the assassination came against the backdrop of a secret love affair that had gone miserably bad.

Stating the obvious after all these years was not what the Lebanese were quite looking for.

Perhaps they were waiting for a clear-worded, direct indictment of the Syrian regime who the anti-Syrian opposition then and now still believe without any shred of doubt to be behind the assassinations.

In contrast, political accusation is one thing and conviction based on irrefutable evidence that leaves no room for doubt is how the international tribunal has grounded its not-guilty verdict that absolved the regime and Hezbollah of any direct involvement.

Still, for many people the lines are blurred between what was expected of the international tribunal and the results it delivered.

For many, the verdict brought no new information or sought to find evidence for what it hinted at by saying that the Syrian regime and Hezbollah may have had motives to eliminate former Prime Minister Rafik Hariri.

Some have referenced this particular statement as a clear indication, although no direct involvement of Syria and Hezbollah has been concluded in the assassination.

Moreover, despite the acquittal of three Hezbollah members and the conviction of another, it implies that the group is to stand accused unless it proves otherwise –that perhaps he was a rogue actor who carried out the assassination on his own. In both cases, he should stand trial.

Even if found guilty, no one expects the accused to be delivered to designated authorities

Hezbollah’s General-Secretary, Hassan Nasrallah, has repeatedly rejected the jurisdiction and independence of the court. He has on multiple occasions voiced Hezbollah’s disregard for the court and that they do not feel concerned by its decisions.

Since the court’s establishment in 2009, Hezbollah had said that they won’t conform to any verdicts coming out of it considering it to be a sham.

Therefore, no one in Lebanon expects that Hezbollah would put forth the accused man or deliver him to the designated authorities to stand trial.

It presses another question of why the March 14 anti-Syrian opposition front had initially called for the international tribunal knowing that the court won’t be able to enforce its verdicts on Lebanese soil and that the Lebanese authorities themselves do not have full jurisdiction, especially in Hezbollah-controlled areas where they have all along protected their suspects-now convicts.

One thing worth mentioning is that international tribunals do not have the legal mandate to go after states or political entities –something that must have been contemplated before it was signed off by the Lebanese government.

By this definition only, justice has not been served because the verdict made no clear-cut indictment by establishing direct evidence as to who the mastermind behind the assassination was, aside from the “one” who carried it out.

The tribunal was established by the United Nations Security Council Resolution 1757 and came at a time when the Syrian-opposition in Lebanon thought they could seize internationally-backed momentum to finally restore Lebanon’s sovereignty from Syrian regime.

Hariri’s assassination warranted a special tribunal and the withdrawal of the Syrian forces from Lebanon.

In a critical review of that moment in Lebanese history, the nationwide protests and international attention that the Cedar Revolution had garnered was delusional in thinking that the tribunal would spell out the truth they have long-awaited, which would rid them of Hezbollah’s hegemony after they were able to rid themselves of the Syrian military presence with the 1559 UN Security Council Resolution.

15 years on, the ship has sailed and the momentum has been lost. Lebanon is back to square one and is now facing yet another overreach.

In the eyes of Nasrallah, the tribunal has been void from day one. Ironically enough, his fiercest opponents now share Hezbollah’s view as the verdict came to absolve it of direct responsibility.

They are now crying: void, void, void. Justice is only served in the eyes of the winner, but who is the winner today? As the nation contemplates another verdict on the August 4 Beirut Explosion that left the victims of yet another blatant crime calling once again for justice, on top of the wreckage of a nation in pursuit of justice, who wins?

On election day, is there hope for change in Lebanon?

Baabda, Lebanon: Are you voting in the 2022 parliamentary election?