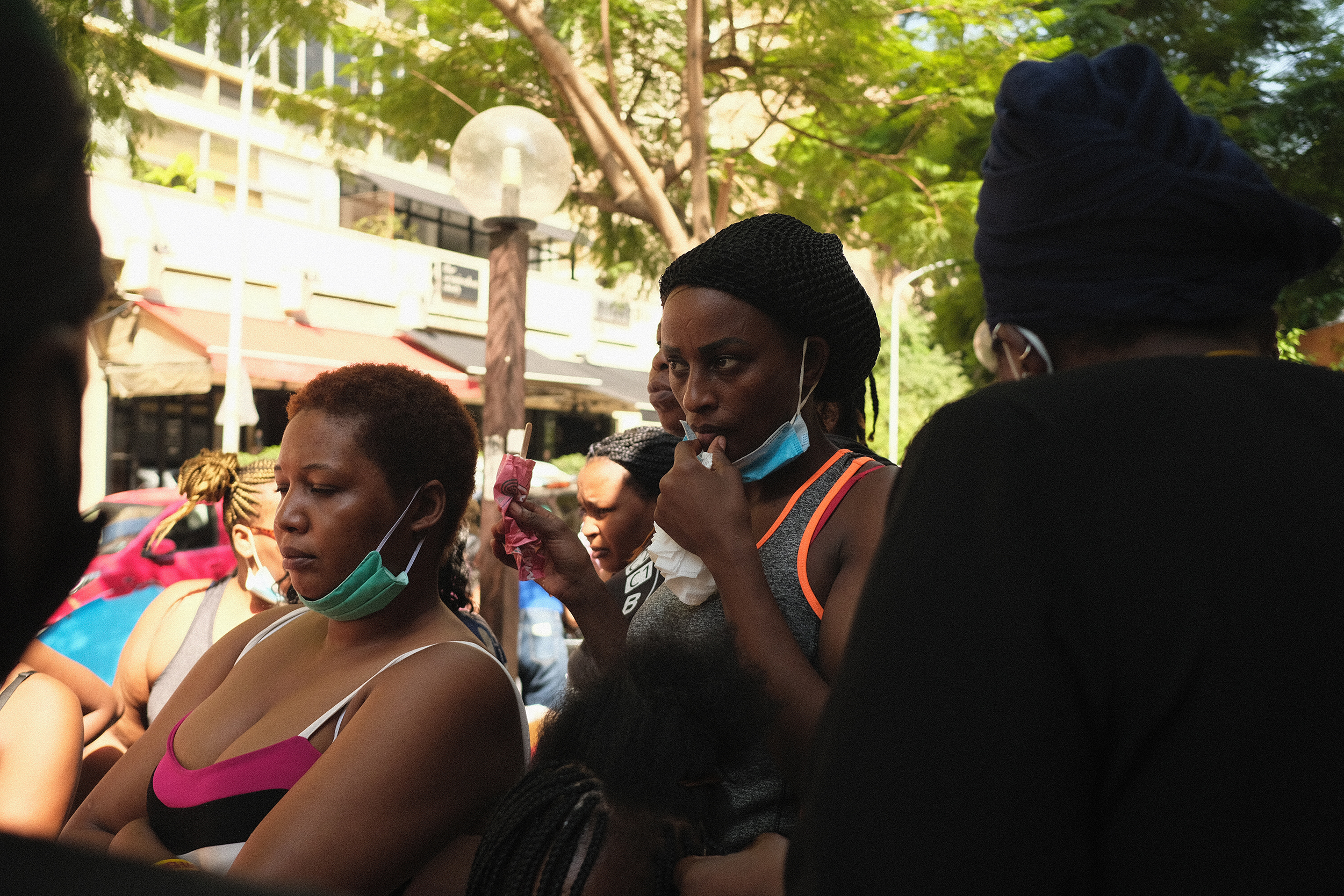 General security is currently preparing “laissez-passer” travel documents for a number of Kenyan migrant workers and their children following weeks of protests against Honorary Consul Sayed Chalouhi and his assistant Kassem Jaber.

The migrant workers staged weeks of protest in front of the Kenyan consulate in Beirut due to unmet demands of repatriation from Lebanon.

He then asked the women to refrain from addressing the consul or his assistant from now on, as General Security has taken over the repatriation process.

“We sat out here waiting for the consul to come out, then General Security told us to forget about him because we don’t need him to go home anymore,” said one of the women in front of the consulate.

The spokesperson also told the women that they have the right to report the consul to local police in Kenya, but asked them to refrain from doing so until after their repatriation.

When asked why the women should refrain from reporting Chalouhi, the spokesperson told Beirut Today that this is only a precautionary measure to simplify the process and get the women home as soon as possible.

Protests have raged on for weeks outside the consulate, where some women took to setting up mattresses and tents on the street after their employers had abandoned them in the middle of the worst economic crisis that Lebanon has witnessed.

Migrant domestic workers in Lebanon are traditionally paid in US dollars, as many send money back to their families. With the recent shortage of hard foreign currencies, employers have resorted to abandoning these workers outside of their embassies or consulates.

Following their initial demands for repatriation, the women were asked to pay large sums of money by the consul. Some women paid up to $1,500, a sum that took them years of work to accumulate. Others could not afford to pay the fees, with four women telling CNN that they witnessed Consul Chalouhi suggesting the pursuit of sex work to cover their expenses.

When some of the women realized that the consul would not fulfil their demands, they attempted to ask for their money back, only to be met with physical and verbal abuse.

As stated in an article by CNN, many women have come forth with allegations of physical assault against the consul and his assistant.

After weeks of protests, the migrant workers managed to take hold of Jaber’s car after he had parked it outside of the consulate one day. Since then, they have actively used it to prevent him from leaving the consulate before their demands were met.

Jaber later fled the consulate by jumping to a nearby building. His abandoned Hummer is currently being held outside the consulate, but the workers have managed to put up signs protesting Jaber’s wealth after he had robbed them of their money.

The women have been receiving aid through independent volunteers, in addition to organizations such as the World Central Kitchen. Their case is closely being monitored by KAFA, a feminist organization that seeks to eliminate all forms of gender-based violence and exploitation against women and children, and This is Lebanon, a social media campaign created to evacuate all migrant domestic workers from Lebanon.

General Security will be collecting the women’s passport photos on Monday, August 17 to begin preparing the travel documents.