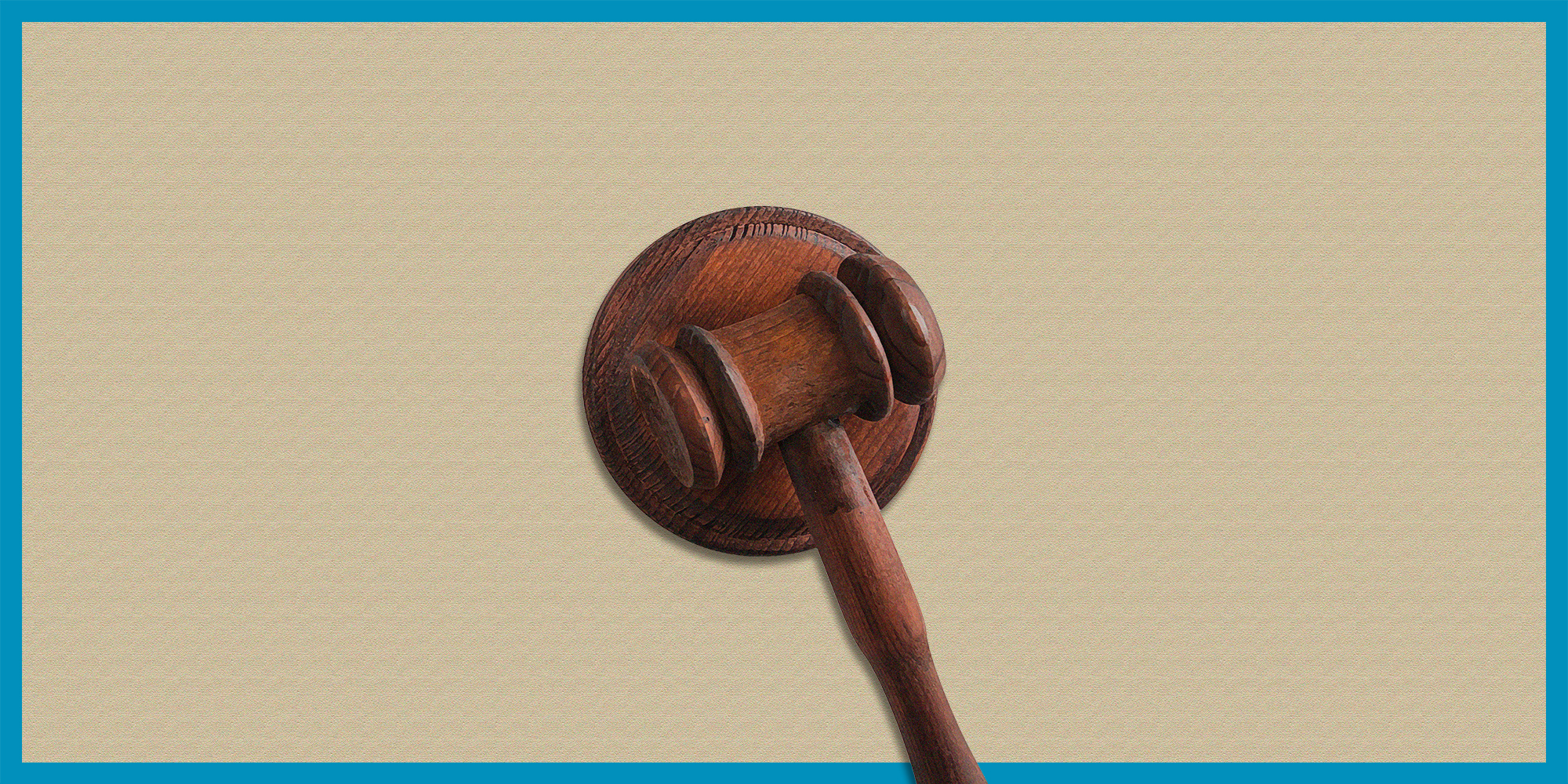 Lebanese Prime Minister Hassan Diab declared an open war against corruption on June 15, 2020. However, it remains unclear how Diab plans to realistically combat the deep-rooted corruption within his government without the necessary tools and resources.

If the Lebanese government is unwilling and unable to genuinely lead the fight against corruption, is there a viable alternative? Before we get into that, let us go back and look at the circumstances that have led to this point.

Lebanon has been making international headlines since October 2019. Anti-government protesters from across the country are uniting to denounce the systemic corruption that has plagued their country for nearly 30 years.

They demand nothing less than the overthrow of the political establishment, accusing politicians across the board of gross mismanagement of public funds and abuses of power at the highest levels of government. Widespread bribery, siphoning of public funds, and illicit contracting have been business as usual in Lebanon for the past three decades.

Fast forward a few months to June 2020; significant progress has yet to be made. Only now, Lebanon is facing an economic and political crisis combined with the risk of a looming food crisis, which the Lebanese Prime Minister attributes to “decades-long political mismanagement and corruption.”

The World Bank predicts that nearly 50 percent of the Lebanese population could fall below the poverty line in 2020, while the Lebanese Social Affairs Minister estimates that 75 percent of the people require aid. And with the Lebanese pound reportedly selling as low as nearly LL 7,000 to the dollar on the black market, a shortage of U.S. dollars continues to cripple the economy.

Disputes amongst the country’s political elite where networks of clientelism, patronage, and nepotism thrive, and the allocation of government jobs and public contracts largely based on sectarian affiliations, have contributed to Lebanon’s failing infrastructure and economy.

Basic services such as reliable running water and a consistent waste management system are lacking. Power shortages and blackouts remain daily occurrences, forcing many Lebanese to rely on community generator owners with ties to politicians awaiting their cut of the profits.

The dollar shortage also makes it difficult for hospitals to purchase essential medical supplies from foreign suppliers, and people are no longer able to afford urgent medical care and prescription drugs.

Worse yet, the Lebanese judiciary cannot be relied upon to uphold the rule of law and spearhead the fight against corruption. With judicial positions filled according to sectarian affiliations rather than competence, the judiciary often prioritize specific political interests over public interest.

Indeed, this is a case where politics have gone cancerous. Corruption has metastasized and afflicted most, if not all branches and institutions of government. In other words, a potential case of grand corruption.

With Lebanon ill-equipped to excise and clean up this deep-rooted corruption within its government and hold the perpetrators accountable, it brings us back to our original question. Is there a viable alternative?

The ICC as a Viable Alternative

There could be a role for the International Criminal Court (ICC) to play in this unfolding saga of grand corruption.

First, Lebanon is not a state party to the ICC’s establishing treaty, the Rome Statute. That said, a non-party state to the Statute can accept the Court’s jurisdiction with respect to crimes committed on its territory, and ask the Office of the Prosecutor to carry out an investigation.

Alternatively, the treaty also allows the United Nations Security Council (UNSC) to refer situations to the Court for reasons relating to the maintenance of international peace and security. Sudan and Libya are examples of these situations.

Leaving aside the political challenges of such a referral, which are not negligible, the situation in Lebanon could conceivably be a threat to the region’s stability. For many years, Lebanon’s political conflicts have been a result of tensions between Western superpowers and influential regional players.

Recent protesters have demanded for the implementation of UNSC Resolution 1559, which calls for the disarmament of all Lebanese and non-Lebanese militias in Lebanon. Further, the Lebanese banks’ recent restrictions on transfers abroad have had serious consequences on Syria’s economy, which has depended on banking ties to Lebanon to keep businesses afloat amidst an ongoing civil war.

These restrictions have also blocked Yemen’s access to about 20 percent of its U.S. dollar deposits in Lebanese banks as the country faces a humanitarian crisis and remains embroiled in civil war since 2015, further impacting its economy and trade.

Second, grand corruption is not in the list of core international crimes over which the ICC has jurisdiction. However, the Court can investigate and prosecute crimes against humanity.

The ICC’s Rome Statute defines a crime against humanity as an act committed as part of a widespread or systematic attack directed against any civilian population, with knowledge of the attack. Such acts can include “other inhumane acts of a similar character intentionally causing great suffering, or serious injury to body or to mental or physical health.”

While there is yet to be an internationally agreed upon legal definition of grand corruption, it is generally understood as taking place at the highest levels in the public and private sectors. It involves abuses of power, exploitation of state resources, and manipulation of state machinery for personal benefit.

Key actors often include high-level government officials, members of government, political parties, and even companies. This type of corruption also undermines socio-economic development and fundamental human rights, which is what Lebanese protesters have been denouncing in the streets for nine months.

By examining the situation in Lebanon through the lens of grand corruption, but prosecuting it as a crime against humanity, it could potentially fall within the ambit of the ICC’s jurisdiction. There is scholarly support that the acts listed above may constitute “attacks” on the basis that they are state “policies” directed against a civilian population, and international courts have found that such policies need not be formal to be prosecuted.

Surely, the prolonged systemic corruption and its crippling impact on the Lebanese state, as well as the humanitarian consequences on the lives of the people, are causing great suffering. Whether or not the political elite intended to inflict these collective harms on the lives of people, the effects of their prolonged acts were predictable.

Third, ICC prosecutions are subject to the complementarity principle, where the Court acquires jurisdiction if a state is unwilling or unable to genuinely investigate or prosecute a case. While a state such as Lebanon can declare an open war on corruption, it is often futile.

Not only does the Lebanese judiciary lack the requisite independence to conduct genuine prosecutions, amnesty laws such as the one currently being discussed in Lebanon often frustrate any attempts to hold the perpetrators to accountability.

Immunities attached to the official capacity of a person, such as Heads of States and high-level government officials, do not bar prosecutions at the ICC. The implications on these immunities when the UNSC refers of a non-party state to the ICC, however, remain in dispute.

Of course, the prosecution of economic crimes such as grand corruption, particularly in this case, comes with its own inherent challenges. Not only is Lebanon not a party to the Rome Statute, it is unlikely to cooperate with ICC investigations and requests for assistance such as the collection of financial forensic evidence.

Although grand corruption can have a devastating and prolonged impact on the lives of people, these consequences may also not always have the same gravity and seriousness as those associated with genocide or crimes against humanity. Proving the perpetrators’ intent to cause a specific harm to the civilian population could pose another challenge in the prosecution of grand corruption.

One thing remains clear: a solution is urgently needed. The voice of the Lebanese people must be heard, impunity must end, and those responsible must be held accountable. If the Lebanese government is unwilling and unable to take effective action against corruption, the ICC should be considered as a viable alternative.