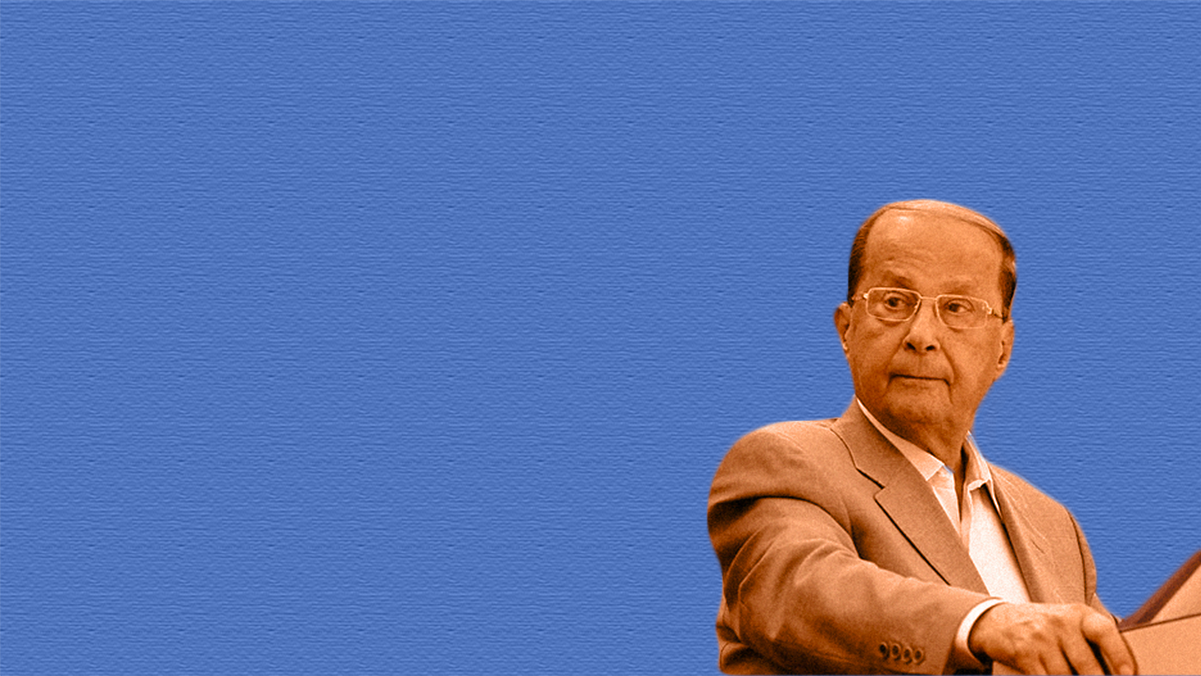 Protestors clashed with security forces in the coastal town of Jounieh on Thursday while demanding the release of activist Michel Chamoun. Demonstrators blocked the city’s main highway, causing immense traffic, and set fire to nearby debris.

Chamoun was arrested on charges of “insulting the president,” a crime punishable by Lebanese law. On Monday, Lebanon’s state prosecutor issued a law that decreed arresting and suing any individual who posts content on social media deemed to be insulting to the presidency.

Following this decision, Chamoun released a video where he condemned the presidency and this decision. In an angry outburst, Chamoun insulted the president for neglecting the country’s severe problems and choosing to instead issue laws to protect his own reputation.

“People are committing suicide, dying from hunger, and eating from the bins during your tenure,” said Chamoun.

Lebanon is currently facing the worst economic and financial crisis in history, as an estimate of 50 percent of the population slips under the poverty line and an estimated 75 percent is in urgent need of aid.

Chamoun was arrested and detained in Jounieh, sparking outrage from the local community, which quickly took to protesting in solidarity. Demonstrations began in the early afternoon and went on into the late evening, as protestors sought to block the road in front of the city’s Serail to prevent Chamoun from being transferred to a detention facility.

Mount Lebanon’s state prosecutor, Judge Ghada Aoun, refused to release Chamoun unless the area was vacated and roads were opened, further aggravating local protestors. Chamoun was released late in the evening, supposedly after the intervention of head of the Beirut Bar Association Melhem Khalaf.

Chamoun’s case exemplifies the growing restrictions imposed on free speech in Lebanon. Once hailed for being a beacon of “progressiveness” in the Middle East, Lebanon’s freedom of speech continues to shrink by the day.

Freedom of speech in Lebanon is protected by the constitution, under the condition that it remains “within the limits established by the law.” The penal code, however, criminalizes defamation against public officials with prison terms of up to one year, in addition to criminalizing anyone who insults the president or religious rituals. The military code of justice also punishes insulting the flag or army with up to three years in prison.

Between October 17 and March 6, security agencies have called in at least 29 people for interrogation concerning free speech charges. Another 20 people, including at least 18 children, were briefly detained and interrogated in 2 separate incidents for tearing down posters of politicians and the president.

The latest attack on freedom of speech comes with the arrest of Michel Chamoun, as the state engages in an intimidation and silencing campaign against local activists. The attack does not stop there: On Sunday, June 14, the army set up armed checkpoints across areas in Lebanon to prevent protestors from reaching Riad el Solh, a main square used for demonstrations across the country.

While the presidency chooses to focus on restricting one’s freedoms, the country sinks further towards collapse. The current “rescue” government, under the leadership of Prime Minister Hassan Diab, has failed to damage-control the crisis and provide Lebanese citizens with reasonable, long-term solutions.

Protests rage on for the eighth consecutive month, with little to no response from politicians.

Murdering women: A look at Lebanon’s surge in gender-based violence