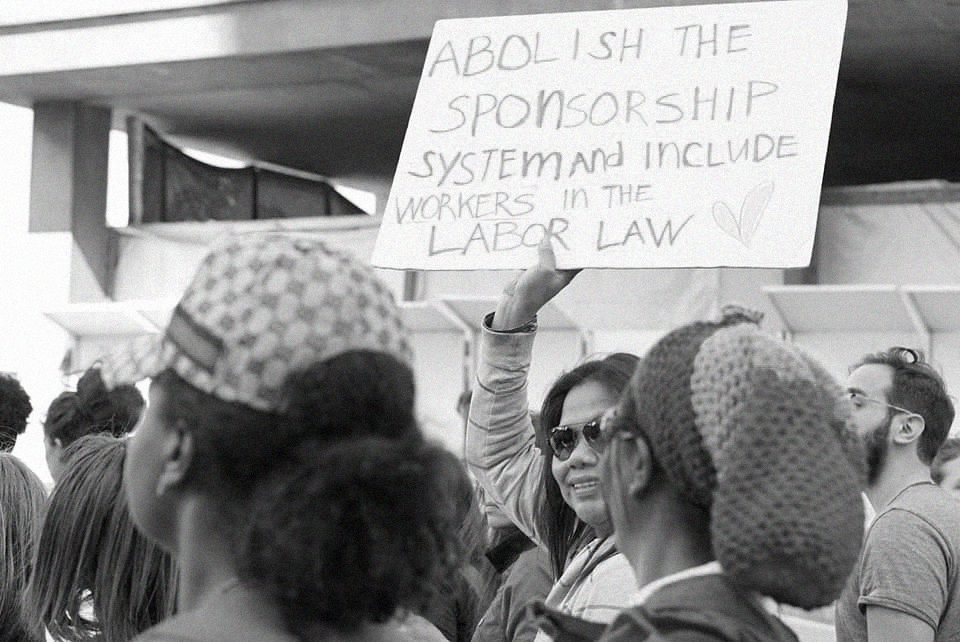 Do black lives really matter in Lebanon? The short answer is, they do not. It is no secret that Lebanon has failed to treat migrant workers fairly. Brave men and women who leave their children and families behind, seeking foreign countries in search of a better life, are greeted with racism the second they land in Lebanon.

Our silence helps uphold the brutal Kafala system, a compilation of regulations and customary rules that are fundamentally imbalanced. The practice prevents migrant workers from unilaterally revoking their employment contract. Aside from the terrors of the normative framework through which Kafala functions, our inaction and silence carry significant weight.

“But wait,” some may say, “In our household, we treat everyone fairly.”

Despite that, we are still a nation deeply divided, profoundly unfair and fundamentally unequal. While a specific treatment of migrant workers who come into a house may be fair, our inaction in pressuring Parliament to enact laws that crystalize basic human rights –basic human decency– allows for the perpetuation of modern-day slavery. We are all complicit in the permanence of this state.

Lebanon ails from a multitude of problems. Many will undoubtedly say that abolishing the Kafala system is nowhere near a priority. But our society will never evolve unless it frees the shackles of all men and women living in our households. Our society is stained by the blood of migrant workers, who are dying at a rate of two per week. We will not effectively reform our parliament, our government, or our institutions while we allow some humans to be dehumanized. Justice is a chain: breaking one link forever weakens the entire structure.

In Lebanon, migrant workers do not break bread with us, are not allowed in swimming resorts, and most importantly, are denigrated regularly.

“Where does your Srilankan come from?” ask house guests more often than not.

“Ethiopia,” answer homeowners –a standard response that fails to even recognize one’s nationality.

I am currently a migrant worker in a land far from my own. I have had to leave my own country in search of better opportunities. I have my passport in hand, I am allowed to change my employment at will, and I have rights. I am treated as a human being, and I would sure hope that all people living in Lebanon are treated as such.

Our silence is perpetuating a living hell in some households. It is time we reform our system and abolish laws belonging in the middle ages. It is time we speak up for those living in abominable conditions in our neighbours’ apartments. As we rebuild our country, we must enact laws that make us, as a nation, proud. But most importantly, it is time for us to liberate ourselves from our ingrained racism.

We are only as human as our laws are.

Disclaimer: This is an Op-ed. The views, thoughts, and opinions expressed in the article are the author’s own and do not necessarily reflect those of his employer.