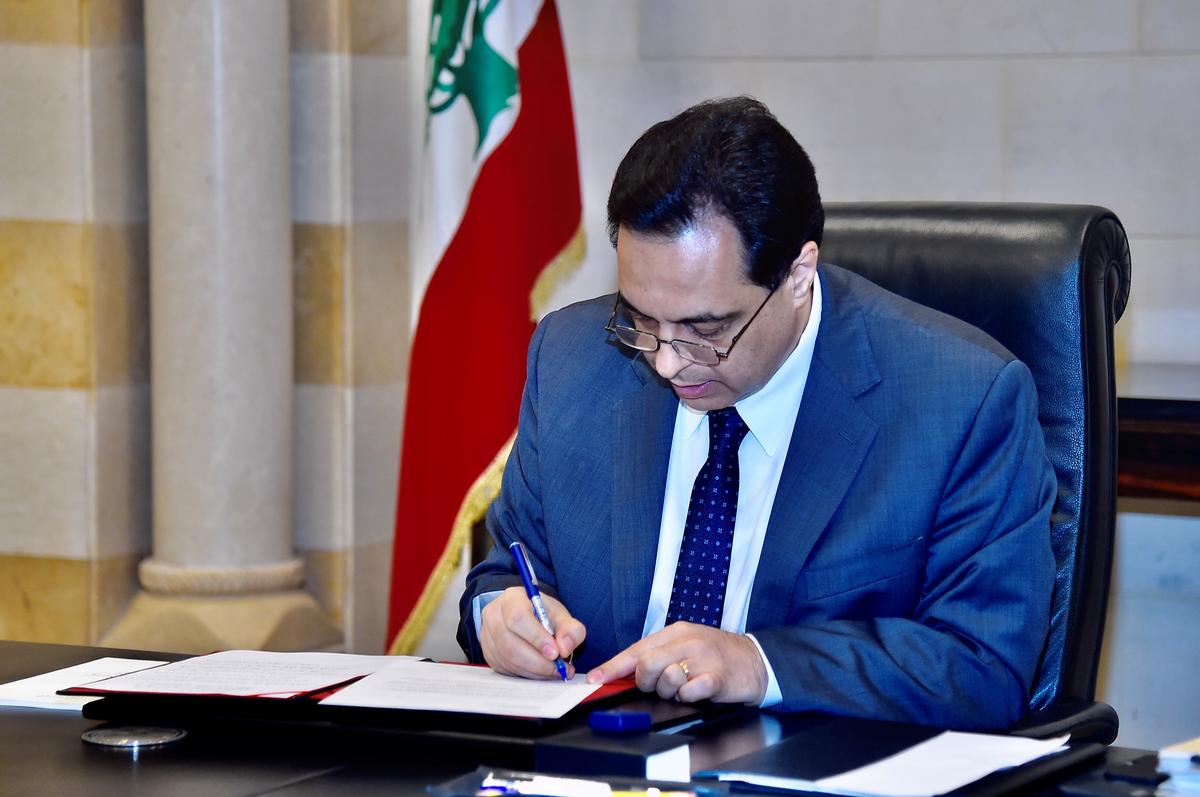 “Lebanese must set aside their differences to tackle the country’s major financial crisis,” said Prime Minister Hassan Diab on Wednesday, following his meeting with the head of the parliamentary blocks in the Baabda Palace on Wednesday, May 5.

The meeting took place in light of the government’s recent rescue plan, currently in talks with the International Monetary Fund (IMF). Early this Monday, the managing director of the organization Kristalina Georgieva had tweeted that the talks between her and Diab were “productive.”

The governmental rescue plan entails assistance from the IMF in the form of $10 billion (from the organization and other donor countries) before 2024, which president Aoun deemed a mandatory step if they are able to negotiate and fully commit to reform.

Despite growing optimism towards the plan, many have grown skeptical as to how effective these funds may be in restoring the economy to full speed. Comments on social media platforms called the plan “a temporary solution that only benefits the rich,” among other things.

It still remains unclear as to what degree the IMF will be able to provide aid for Lebanon at a time when all countries are slowly spiraling towards economic recession or depression. The COVID-19 pandemic has forced many countries to enter a state of lockdown, including big financial powers like China and the United States, and brought the economy to a catastrophic slow.

Some political figures, such as former Prime Minister Saad Hariri, chose to boycott the session over concerns towards the government’s approach of the economic crisis.

Diab urged all political parties, economic syndicates and banks to set aside their differences and work towards the rescue plan. In response to any objections, Diab expressed that the government will be open to developing the plan, saying that their offer is not “a sacred text.”

Aoun stressed the importance of tackling the plan from a perspective free of political intentions, indicating that tensions were indeed present amongst the political class.

The Association of Banks in Lebanon announced that it was not consulted on the plan and would not be endorsing it, condoning any form of international financial support and “in particular from the IMF.”

The banking sector and government have been in grapples during the last few months in Lebanon, refusing to assume responsibility for the current economic situation.

Regardless of whether political tensions resume, the country has reached unprecedented economic collapse in the last few months, making immediate action a necessity if it is to survive.

Diab emphasized the importance on cooperating to “save Lebanese from a crisis threatening their livelihoods.”

So far, the local currency has devalued by more than 100 percent of its value, the country defaulted on its sovereign Eurobond debt in March, and businesses across the country are closing as 40 percent of the population sinks below the poverty line.

The government hopes that the funds will stabilize the economy and currency long enough for economic activity to kickback up again. But with a global recession now imminent, Lebanon may not be able to receive any such foreign aid. The country has long been reliant on international funds or foreign aid, with its sovereign debt figure ranking among the highest worldwide.