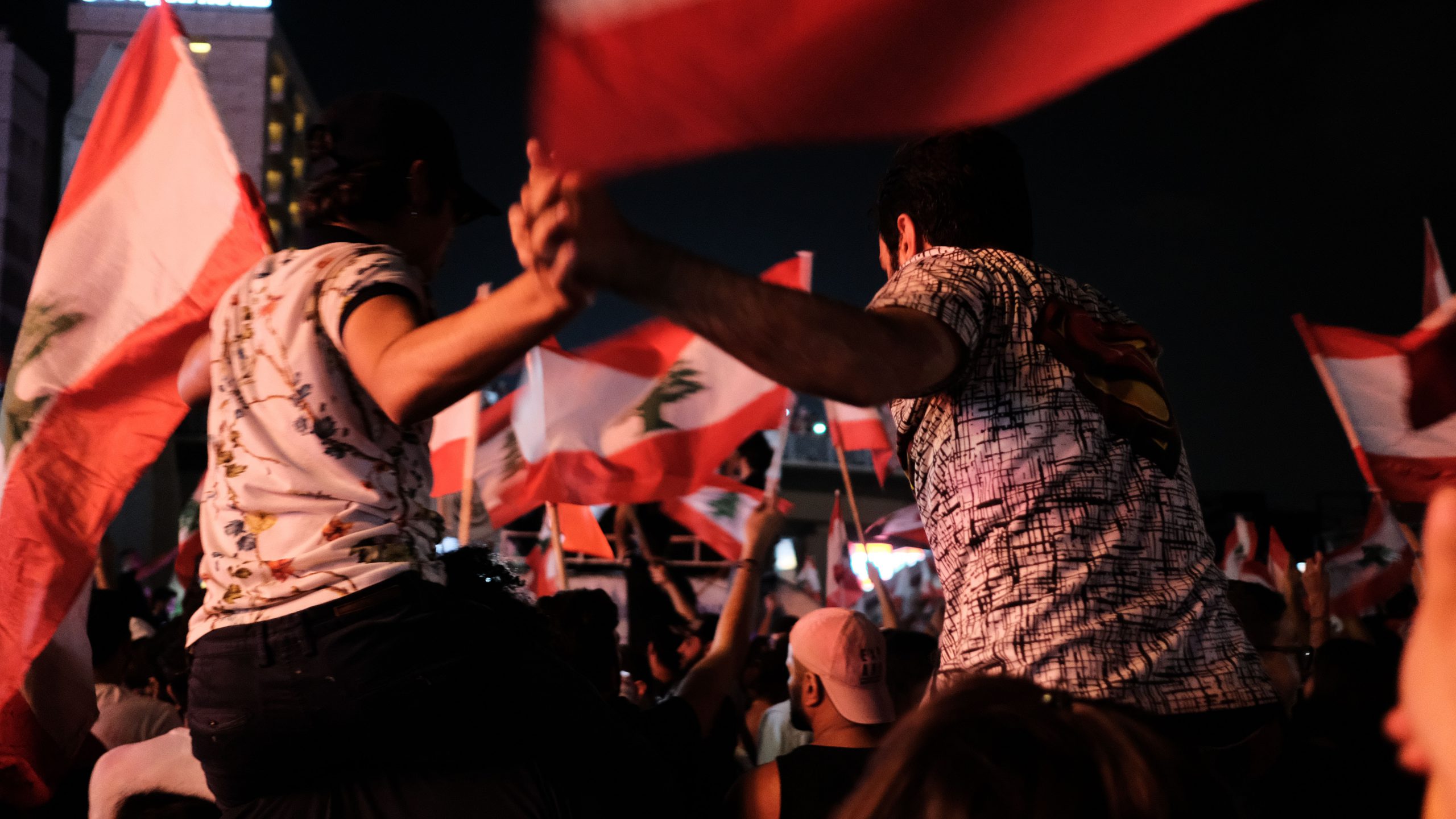 The leadership problem of Lebanon’s protests

More than 6 months have now passed since Lebanese citizens first took to the streets in droves to protest not only the government’s inability to improve dire economic conditions, but arrogant deafness to the extent of the problem. In its earliest period, the movement broke new ground by bringing together citizens from all sectarian groupings as well as from all regions of the country, which was unprecedented.  With revolutionary zeal, the protests seemed poised to deliver real political change, and hopes ran very high.

But even before COVID-19 ground most of the world to a halt, the Lebanese protest movement had stalled, and for a variety of reasons: The nationwide passion gradually died down, the weather turned cold and rainy, the political parties ran a smear campaign, a new cabinet was created, and –most importantly– no leadership emerged from the ranks of the activists to sustain the inspiration.

This unfortunate trajectory did not go unnoticed by key external stakeholders, without whose support revolutionary change in Lebanon simply cannot be achieved (e.g. the 2005 Cedar Revolution that ended decades of Syrian occupation.) Though they witnessed the obvious frustration of the Lebanese with their rulers, international players remained very far from consensus on what to do about that, or how. The rest of the world looked at Lebanon, heard the movement-defining slogan “kellon yaaneh kellon” (all of them means all of them) and asked, “didn’t you just have an election less than two years ago and vote these guys back into power? What do you expect us to do?”.

“Buyer’s remorse” is hardly a compelling premise for international action, especially when more substantial and deadly protests had gripped Hong Kong, Iraq, Chile, Bolivia, and other countries during the same period.

Even if the current political class has failed the Lebanese as badly as the cronies who ran Lebanon during the Syrian occupation (maybe worse when considering that the currency is now in free-fall), when foreign powers look at the current situation, they can only wonder: who will fill the void?

Herein lies the problem. There are no obvious prominent names or proven political actors waiting to take the reins who possess enough seriousness to reassure external stakeholders. That should give pause to even the most wide-eyed optimist, not only a cynical political strategist. Let’s not forget that there were independent heavyweights who competed in the 2018 parliamentary election and had decent chances to succeed, thanks to the proportional representation formula of the new Lebanese electoral law.

Yet, they failed miserably: former Interior Minister Ziad Barrood, a darling of the elite, ran on perhaps the most toxic partisan list and got humiliated (a double negative for him in today’s world). Similarly disappointing results for former Telecommunications Minister and champion of the working poor Charbel Nahas, who headed a list of Civil Society activists.

On the plus side, former television journalist Paula Yacoubian did manage to win a seat on a list of Civil Society activists and has been an energetic opposition parliamentarian. But for all her media savvy and charm, the political gravitas to lead a movement against the establishment seems lacking. The brightest spot of the 2018 elections might be billionaire and newly-elected Beirut MP Fouad Makhzoumi, who has the makings of a counterweight to the Hariri dynasty that has dominated Sunni politics for years. But he must turn his city machine into a national one, which has not materialized.

Now that the COVID-19 pandemic is easing, signs of life begin to emerge, especially considering the utter desperation that is now far worse than it was in October.  But if no one takes the reins, international actors will sit on their hands and wait, as they don’t see any good return on diplomatic risk-taking to uproot the political class (whom they have championed, if not sponsored, all along.) Die-hards will continue to agitate and denounce the new government, only adding to frustration. Radical protesters (or political parties trying to infiltrate, sabotage, and discredit the movement) will engage in road closures or other controversial measures that erode popular support.  Net result: the ugly Lebanese political status quo is essentially maintained.

How can this scenario be avoided? New leaders who possess sufficient political acumen must rewrite the script. They must launch themselves in a compelling and strategic way, in a dramatic change from the faceless nature of the movement that started in October. Until now, the egalitarian ethos of the movement and the reluctance of individuals to claim credit for it had been an advantage, because the action was on the street and each person’s presence was itself a contribution. That period has ended.

Capable technocrats need to step up and begin selling to the world at large their plan for what comes next for Lebanon, making it relevant to an outside audience, especially since flirting with the likes of the IMF has begun.

That will require a different communication strategy: The overtly emotional appeals of suffering because of the monetary crisis must be complemented by a more rational narrative of the future stakes that gives skeptical observers in foreign capitals as much reason to pressure the Lebanese political establishment as do the many thousands that filled the squares and demanded political change.

Still, protesters shouting “thawra!” will probably not get what they want right now. And the two years until the next scheduled elections will pass quicker than they realize. But the emergence of a new crop of credible leaders with the diligence to lead a longer political war against to uproot a corrupt and failed establishment would alone be worth the struggle.