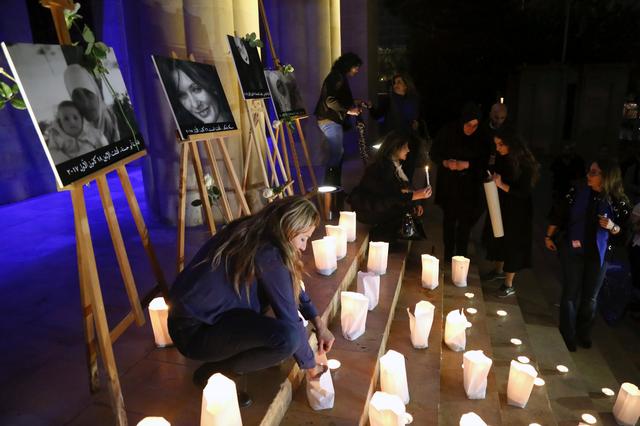 Call toxic masculinity by its name

When the police arrested the Baakline shooter (named Mazen Harfoush) who stabbed his wife thirteen times and killed ten other people, I took to Twitter to describe this act as a manifestation of toxic masculinity. I wrote that even though he murdered his wife and brother because he merely suspected them of having an affair, some men still believe toxic masculinity is just an overused and exaggerated phrase that has nothing to do with crimes like this. While many men agreed with me, some were personally offended, claiming I had blown things out of proportion and accusing me of spewing “toxic hatred.”

The upsurge of the buzzword “toxic masculinity” continues to spark debates on social media, prompting many to paint women who address this issue as angry feminists who hate men. By discussing toxic masculinity, we are not shaming all men, nor are we implying that all masculinity is toxic.

We use this term to highlight dangerous cultural concepts of manhood that glorify dominance and aggression.

Toxic masculinity doesn’t just endanger women. It harms men too, forcing them to repress their emotions and fueling insecurities. That the Baakline shooter killed 9 others in an alleged fit of rage proves that toxic masculinity has an impact on society that extends beyond the bounds of marriage and family. It is therefore our duty to call out these dangerous norms due to the damage they cause.

Men who kill their wives don’t merely commit homicide. Their violent actions constitute femicide, known as the violent killing of a woman or girl, usually by a man. Femicide claims the lives of six women in Mexico each day. In France, 123 women died at the hands of their partners in 2019. Femicide can also translate into honor killings, and many judicial systems –such as the Lebanese one – deal with this type of gendered violence with relative leniency.

Honor killings target women and girls who bring shame to their families. Patriarchal power structures govern the sexuality of women, allowing male family members to murder their female relatives who are suspected of disobeying these rules. It is therefore unsurprising (and reassuring) that the Baakline murder has been labelled as an honor crime, as the perpetrator killed his wife simply because he suspected her of infidelity.

Men who adhere to these traditional gender roles assume that they must exert control over women and express their dominance through violence. Men who kill their wives don’t just act out of rage and jealousy: their attitudes are inherited from social tradition that allows them to think they can do whatever they want to assert their manhood and honor.

As men absorb this sense of entitlement, they believe they have the legitimate authority and power to punish their wives (and their alleged lovers). After stabbing his wife, Mazen Harfoush changed his bloody clothes and went out to meet his brother and fatally shoot him. How can we speak of spontaneous rage and insanity when his calculated actions subscribe to a socially sanctioned perception of masculinity which expects men like him to protect their honor by asserting their power and control?

Many refused to designate the Baakline murders as a real-life consequence of toxic masculinity, preferring to simply describe the shooter as an insane and mentally deranged person. Not only does this narrative stigmatize mental health patients, it deflects attention from dangerous societal norms that perpetuate violence against women.

It also avoids a much-needed national conversation about the legal system’s failure to protect women.

For instance, section 562 of article 252 of the Penal Code (which was repealed in 2011) stipulated that if an honor killing resulted from severe rage, the accused was entitled to a lighter sentence. While the article was repealed in 2011, the Lebanese legal system still fails to provide clear and strict regulations about domestic relations, reflecting cultural norms that sanction violent masculinity.

Mazen Harfoush’s crime is not an isolated incident. He is one of many Lebanese men who have taken the lives of their spouses to assert their dominance. If we don’t recognize that his actions fall into a pattern of gender-based violence, we fail all past and future victims and become complicit in their murders.