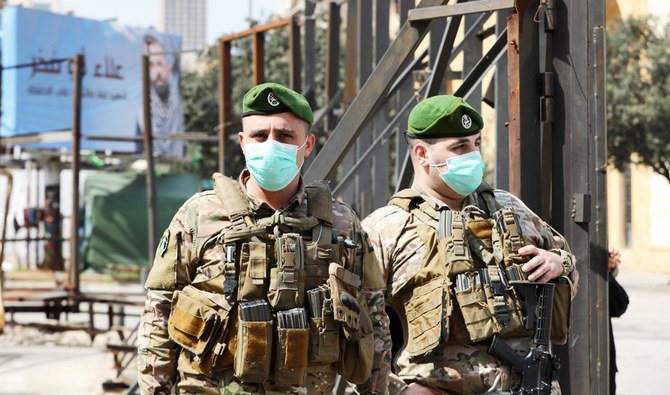 Social distancing is a luxury many cannot afford in Lebanon

On March 15, the Lebanese Cabinet announced a medical state emergency whereby all public and private institutions were requested to close their doors to help contain the spread of COVID-19. Hospitals, bakeries, pharmacies and supermarkets will remain open for the present time.

On March 17, the Lebanese police made rounds around the capital cities to ensure that institutions abide by the announcement. The businesses who had opted not to close were forced into closure lest they are subjected to a L.L. 5,000,0000 fine.

More recently, the Lebanese army has been setting up roadblocks and foot patrols to limit movement on the streets. Army helicopters have also flown over major cities, with loudspeakers calling on residents to stay home for their own safety.

In an effort to contain the virus, the government had neglected to think of the section of the Lebanese population who live paycheck to paycheck, relying heavily on the income of their daily business to make a living.

Amidst the current economic collapse, many small local businesses have been forced into closure, unable to either import their products from abroad or keep up with the devaluation of the currency.

In contrast, several other countries that  declared a state of emergency have set in place contingency plans for helping those in need in case of lockdowns.

Italy, now ranking second in terms of the largest coronavirus outbreak worldwide, has approved a 25 billion-euro package to support its strained health system while helping businesses and families counter the economic impact of the outbreak.

The decree, approved on March 16, laid out several measures such as suspending tax payments, helping cover layoffs and mortgage relief, as the economy struggles under the weight of the outbreak.

Germany, ranking fifth in terms of the extent of the outbreak, has now pledged unlimited credit for businesses affected by the pandemic alongside an expansion of its short-time work scheme, providing support for companies forced to reduce the working hours of their employees.

As for the United Kingdom, where the number of those infected continues to surge, the British chancellor has already promised to provide £350 billion in order to assist businesses during the outbreak. The government is also providing mortgage payment holidays that benefit homeowners, and housing associations are requesting additional aid for their tenants.

While these governments and more take the necessary steps to support their populations during trying times, Lebanon still falls behind. The medical state of emergency is vital for a country with such a small size, where an outbreak could potentially reach every household. Yet in imposing it without a contingency plan, the government is failing to recognize that not many people are privileged enough to distance without suffering the consequences.

Fruit vendors, shop owners and freelancers are among those who will financially struggle during the outbreak due to the government’s failure to provide aid and welfare. This is not to mention the local creative industry, which is already in deep need of assistance and whose activities are mainly halted as a result.

Gvmnt has shout down the country in an effort to stop the spread of the #COVID2019 virus but has not put in place any aid pkg for those in need like this street seller who has no other way to feed his family #Lebanon pic.twitter.com/koimmae4SO

Respecting the medical state of emergency is vital, and citizens should not have to risk their health and well-being to make a living during a pandemic that has leeched its way into most countries worldwide. If the government requests its individuals to respect the social distancing regulations and remain in their houses, it should also recognize that it is requesting them to give up their sources of income.

Yet even in doing so, the government’s crippling financial situation renders it useless in aiding citizens. The default on the payment of Eurobonds just this month is an indicator of the amount of financial negligence the government has reached: The country is further plummeting towards poverty.

The government is failing, yet its politicians are thriving. With their opulent displays of wealth in the forms of villas, private jets, yachts and the newest iPhones, it is difficult not to notice the disparity that prevails. Despite this, very few politicians have offered any form of aid or assistance to local businesses and individuals, even when 47 percent of government revenue goes to paying their salaries.

Many citizens have expressed contempt for this, but are unable to do much more than discuss it online as anti-government demonstrations have been halted in order to contain the outbreak.

As the Lebanese population battles a potential outbreak, it also battles its consequences. Politicians are now held with the responsibility of coming forth in a time of need with the necessary aid for their citizens. Otherwise, this state of emergency may prove hellish for many.

An initiative under the name of “Nehna La Baad” recently stepped in to provide welfare and assistance to those struggling under the partial lockdown. The group gathers food supplies and safely distributes them to families whose members are unemployed or who live paycheck to paycheck.

The effort is incredibly admirable and well-timed, yet it is still not emerging from the responsible governmental bodies who should be overseeing such tasks. As the pandemic poses further difficulties, citizens are reaching out to one another for support.

On last Thursday’s episode of “Sar El Waet (It’s Time),” host Marcel Ghanem informed viewers that they could call in and donate a monetary amount to the institutions at the forefront of the outbreak, such as the Lebanese Red Cross and Rafik Hariri University Hospital.

Many viewers, including renowned business owners, called in and donated, once again placing the responsibility of such tasks on citizens rather than on the government itself. MTV’s initiative turned into a three-day campaign where more than $16 million worth of donations were pledged by viewers in the country and abroad to help cope with the COVID-19 pandemic.

Will the government step up and take charge of the situation? Or will citizens have no one turn to but themselves?