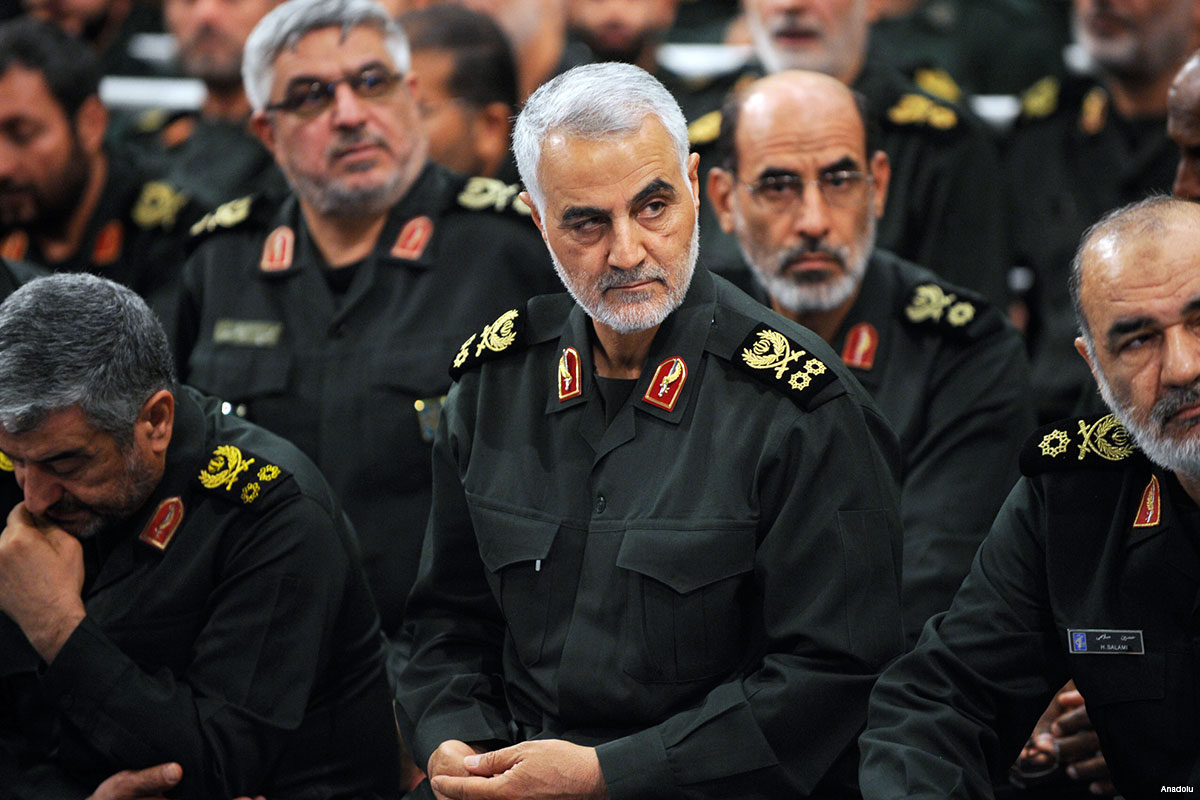 The U.S. airstrike that killed senior Iranian General Qassem Soleimani early Friday marked not only a major escalation of tensions between the United States and Iran, but may also destabilize Lebanon, which is already suffering from severe political and economic problems, analysts say.

The strike has undoubtedly angered Lebanon’s Hezbollah, an ally of Iran and a key player in Lebanese politics.

In a statement Friday, Hezbollah Secretary General Sayyed Hassan Nasrallah said, “The dear brother and great leader Hajj Qassem Soleimani has reached his ultimate wishes by embracing martyrdom. He deserves to be called the Master of Resistance Axis’ martyrs.”

“Lebanon will be affected, and Hezbollah will counter-attack,” said Chadi Nachabe, a civil society activist and political analyst.

Hezbollah’s support is needed to end Lebanon’s political stalemate. Hezbollah has opposed two months of anti-government demonstrations, with the movement’s supporters taking to the streets in opposition of other protesters.

Earlier Friday, President Michel Aoun said he was hopeful that a new government would be formed next week.

“Work is underway to form the government of new faces of experts to deal with the current situation and respond to the attitudes and aspirations of the Lebanese,” Aoun said in a Tweet.

Aoun also repeated his pledge to form a government of technocrats who are not beholden to sectarian parties.

In December, Aoun appointed Hassan Diab as prime minister to form such a government.

“Diab will manage to form a government but it will inevitably face a lot of challenges,” said Nachabe.

In the short-term future, Nachabe added, “the situation for Lebanon is not stable, neither on a socio-economic level, nor a political level, nor a security level… the U.S.-Iran tensions will be present all over the region, and over Lebanon too.”

The Lebanese Foreign Ministry also expressed concern over Soleimani’s death, describing the U.S. strike as “a violation of Iraq’s sovereignty and a dangerous escalation against Iran.”

Moreover, the deadly strike, which also killed pro-Iranian militia leader Abu Mahdi al-Muhandis, may prompt both Hezbollah and Iran to retaliate in some form against American interests, said Joe Macaron, a Fellow at the Arab Center in Washington, DC.

“No doubt there will be retaliation but it’s hard to predict the timing, location and depth of this Iranian act of revenge,” Macaron, said. “Hezbollah is expected to heighten the rhetoric against the U.S. but will wait for, and ultimately abide by, the decision made by Khamenei.”

Relations between Washington and Tehran deteriorated last week when Iranian-backed militiamen attacked the U.S. embassy in Baghdad following a U.S. air raid against the Kataib Hezbollah militia, which was founded by Muhandis. The raid, which killed 25 militia members, came in retaliation to the killing of a U.S. contractor in Iraq by Kataib Hezbollah.

Macaron expects more such tit-for-tats assaults. “The killing of a U.S. civilian contractor in Iraq and the storming of the American embassy in Baghdad changed the calculus in Washington,” Macaron said. “When intelligence emerged that Soleimani was within reach and potentially planning new attacks on U.S. assets, the Trump administration struck.”

Macaron said Iran faces at least two options: direct confrontations with the United States or proxy operations though its client militias in Iraq, Syria and Lebanon. In a proxy role, Hezbollah could play a major role.

“Will Iran continue on the path of proxy war with the U.S. or take the confrontation to another level?” asked Macaron. “Both sides do not seek a traditional war, miscalculations can lead to direct confrontation given the growing mistrust and lack of direct communication between each sides.”