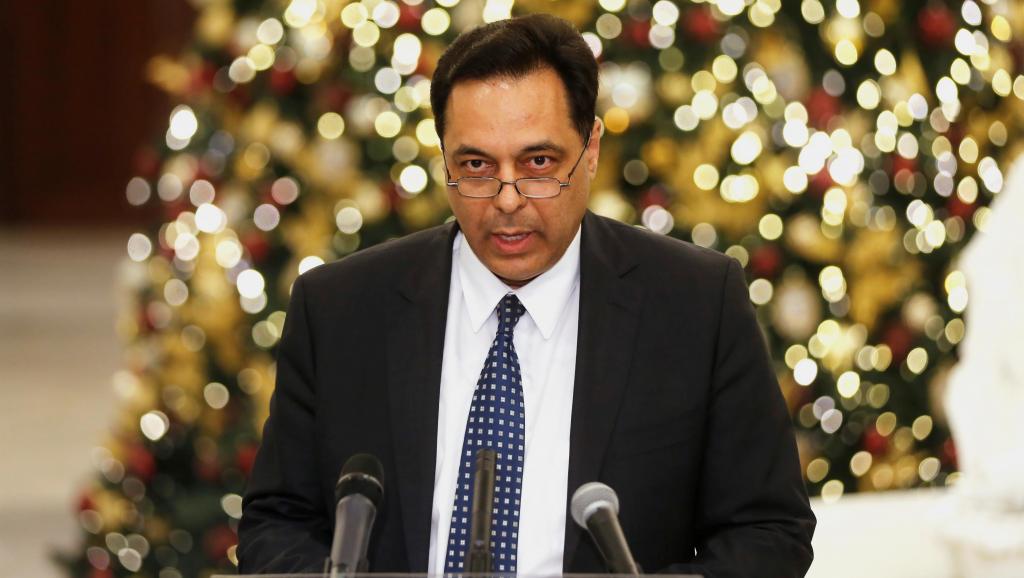 Why protesters are rejecting Hassan Diab’s appointment as PM

Lebanese protesters took to the streets in Beirut and other cities across the country Thursday night to reject the appointment of Hassan Diab as prime minister.

Protesters said that the appointment of Diab, a former education minister, is unacceptable because he represents the same establishment responsible for leading the country into the current political and economic crisis.

“He is part of the same club of corrupt, nepotist politicians who are just recycled from one Cabinet to the other,” Nay el-Rahi, a political activist and protester, told Beirut Today.

President Michel Aoun tasked Hassan Diab, who is also a professor at the American University of Beirut, to form a new government after 69 MPs, including affiliates of Hezbollah, the Amal Movement, and the Free Patriotic Movement and their allies, nominated him during parliamentary consultations on Thursday.

After consultations with politicians ended at Baabda Palace, Diab issued a statement in which he asked protesters to have patience.

“I call on the Lebanese people in all squares and all areas to be partners in a workshop of reform,” Diab said.

He is set to begin talks with political parties on the formation of a cabinet on Saturday.

Despite a recent crackdown against demonstrators earlier in the week, hundreds of protesters gathered in downtown Beirut’s Nejmeh Square. They scorned Diab with a reworked version of ‘Jingle Bells.’ Some blocked roads with dumpsters and set tires alight, the familiar sight of smoke towering into Beirut skies.

Some violence broke out. Protesters threw stones at soldiers on Beirut’s waterfront drive and blocked streets elsewhere in the capital, the government’s National News Agency reported.

Diab’s appointment comes less than a week after violent confrontations between protesters, Hezbollah and Amal supporters, and security forces.

Tarek Ammar, an activist with Madinati Beirut, an independent and volunteer-led political organization, said that Diab was not nominated to form a crisis government and lead Lebanon out of this crisis, nor does he have a program that the people and revolution are asking for.

“It’s clear from his statement in Baabda Palace, this guy didn’t even mention fighting corruption, didn’t mention he would form a government out of the existing political parties nor re-elections,” Ammar said, an echo of demands made during two months of anti-government protests.

Demonstrators nationwide have called for the complete overhaul of Lebanon’s political system, and the sectarian system that has kept the same politicians in power for decades.

With a country already facing an economic collapse, analysts believe that a revamped government led by Diab will trigger more unrest and further isolate Lebanon from the international community from which it wants support. Hezbollah, which endorsed Diab, opposed the collapse of the previous cabinet of Saad Hariri and rejected protesters’ demands for a non-sectarian government.

“Let’s say that Hassan Diab manages to form a government, the question today really is: will he be able to fight corrupt politicians, and actually move forward with Lebanon’s international aid? I don’t think he can even if he wants to,” said Hanin Ghaddar, a senior fellow at the Washington Institute for Near East Policy.

Diab’s nomination was supported by Hezbollah and its allies in Parliament, while a minority abstained or backed other candidates.