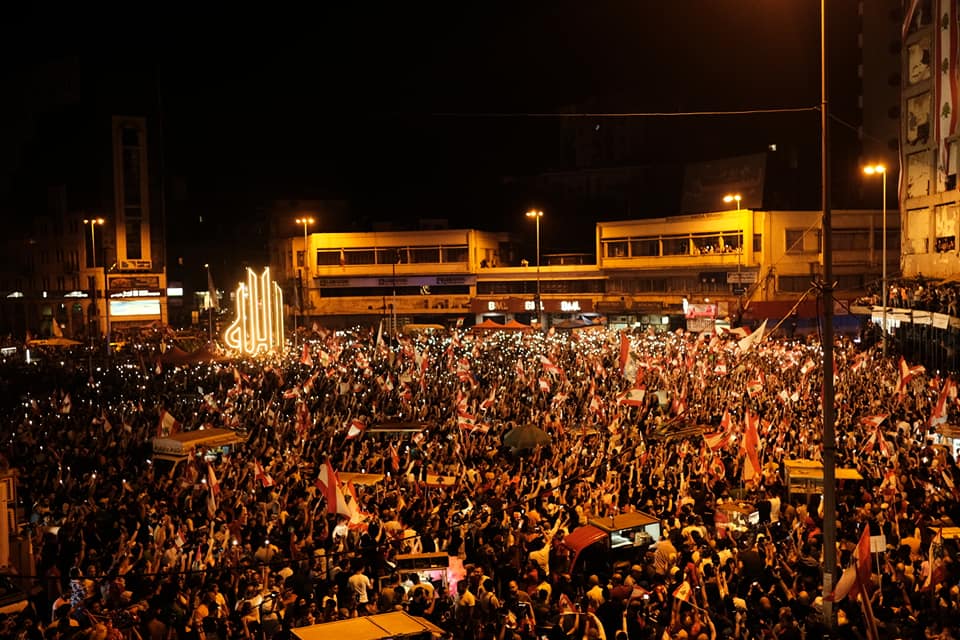 Stories From The Protests: The Kindness of Strangers from Tripoli to Beirut

In my attempt to document and experience the revolution in all the different cities across Lebanon, one nationwide element has made itself obvious to me: A newfound sense of belonging. The people I’ve seen down in the streets of Tripoli, Jbeil, Jal el Dib and Beirut are all trying to reclaim their right to feel that they belong in their own country.

People, including myself, have lived passively for so long. We felt trapped in a country that was being stolen from and drained of all its beauty.  All these years, Lebanon’s chance at greatness was robbed by corrupt governments. This revolution sparked in me, and a lot of others, a sense of belonging to Lebanon that I had never felt before.

I’ve always loved the essence of Lebanon, but have never felt that it really belongs to me. Somehow, all the spaces we live in seemed out of reach because of the people governing them. Now, citizens believe it is time to take back their homes, and their right to feel safe and welcome in them.

My brother, currently working abroad, was terrified when I told him that I was heading to the protests in Tripoli and Beirut.

“It’s not safe; you don’t know how things could turn out to be,” he said. With all the news about targeted attacks by people who support certain political groups in Lebanon, it truly did feel like a risk to go. But when I reached either city, it was all so heartwarming.

Protesters were looking out for each other, an incredible phenomena that was also missing in the country. Everyone empathizes with everyone. The revolution has created bonds between all Lebanese people in unfamiliar ways, with citizens becoming protective of the people standing next to them for the sole reason of being united for Lebanon.

When I was in Martyrs’ Square in Beirut, protesters kept expressing their gratitude to those standing against the government in cities like Al-Nabatiya and Sour. They chanted “Tahiye lal Nabatieh” (Salutations to Nabatieh) and “Sour Sour Sour, kermalik rah nthour” (Tyre, Tyre, Tyre, we’ll revolt for you).

That same day, heavy rain began to pour. Many umbrellas shot up to the sky, and strangers huddled together. Others enjoyed the rain instead of running for cover, leaving room for others who had no raincoats or ponchos to get under umbrellas.

When I was in Tripoli, the protesters made sure to express how diverse they were by chanting the names of all the cities they were coming from to meet in Al-Nour Square. To my pleasant surprise and despite not knowing me, a woman was kind enough to let me into her home to take wide pictures of the Square from her balcony.

Before this revolution, there was no way that all Lebanese citizens could feel this safe around one another because of how much the government and the political parties had divided us. There was no way that 18 different sects could stand under one flag and chant only one anthem.

The citizens of Lebanon woke up to this reality now. They threw all flags away, but one, and are standing together for the sake of getting their country back.