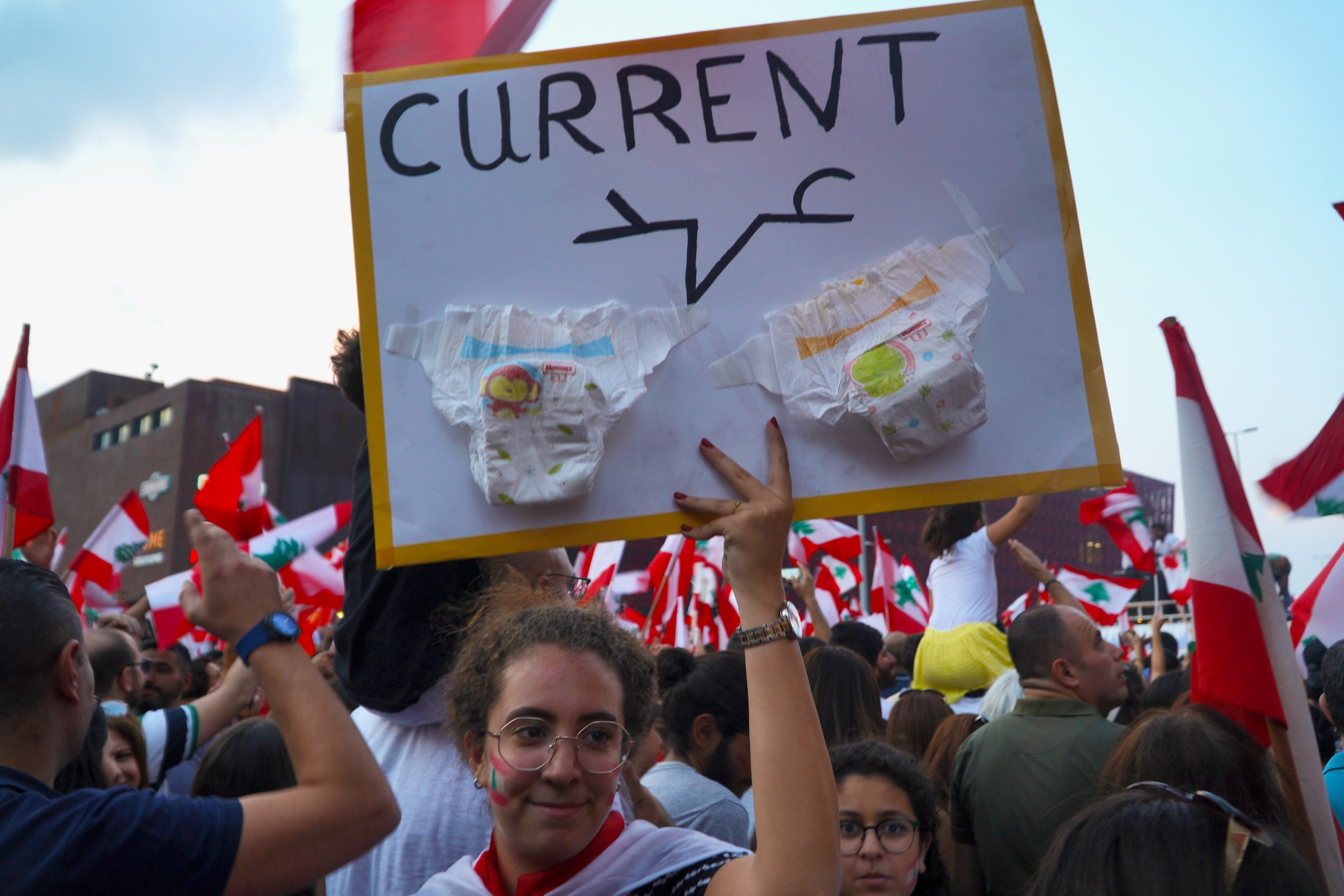 Are you in favor of a secular state? A referendum on the Lebanese identity

Sunday marked a new phase in the Lebanese revolution. One street was pitted against the other as the Free Patriotic Movement party organized protests in support of President Michel Aoun. People from across the political and religious divides suffered equally from a political establishment that has plundered public funds offering nothing in return. Yet again, as it is the case with the Lebanese in every major political event, they were divided into two camps.

The first street calls for a wholesale change of political class and the second supports the demands of their fellow citizens in terms of the need to fight corruption, but demand that certain figures from the political establishment be respected rather than  enlisting every politician under the corruption banner.

Calls for the provision of basic needs and services are the common denominator for the demands of all protestors and fighting corruption is one of the core demands that underpins both streets.

Protests on Sunday showed that a considerable number of Lebanese are still loyal to their political leaders, in stark contrast to the protests we have seen since the beginning of the revolution almost three weeks ago that have gone the extra mile to call for an overhaul of the political regime through measures that include ending sectarianism, reforming the Lebanese electoral law, and holding early elections.

In the absence of an apparent leadership amongst the protestors calling for regime change and given that both streets are in favor for change but don’t see eye to eye on the way forward, a referendum on the Lebanese identity should be held with the following question: Are you in favor of a secular state? YES OR NO

A referendum would help create a unified national identity

Through a referendum, the electorate will decide on how they envision change.

The young educated middle class post-war generation has been strongly vocal for a regime change, but whether this view is representative of the majority of the population or particular to the intelligentsia remains to be seen.

Through a referendum, the electorate will decide on how they envision change. It also measures the willingness for a regime change and whether calls for an overhaul change truly reflect a genuine conviction amongst the general public beyond the attractiveness and appeal of the slogan.

The people are calling for change, and the broad lines that are agreed upon include access to education, jobs and healthcare. Yet the pathway towards achieving it is far from clear. Faced with political uncertainty, a referendum is the answer to break away from the stalemate of both an incompetent cabinet and inefficient parliament.

It helps transcend the declared and often misleading intentions of politicians, most of whom hide behind progressive ideas but are opposed to them in principle, while others advocate for change only because they know that reforms are inefficient without societal and cultural changes.

Not only would a referendum reflect the popularity of this proposal, but also the readiness of the people for such a proposal. This referendum would rally the support from all sides as they capitalize on their differences to try to find a way out of this economic stagnation and political decline. A referendum would coalesce everyone around one cause and one goal –our national identity.

People have to make an informed decision on how such a transition might impact their choices in life and the provision of services.

Formal campaigning period in the run up to a referendum could last up to two months. It involves live debates between opposing camps, educational campaigns on the meaning of a civil state. Spending rules and guides on donations for campaigners must also be set out in clear terms.

In the event that the results turn out against the blowing wind of change, the camp that signaled a dismissive attitude towards a regime change must not be confronted with accusations and hate campaigns. Anti-secularism should not be synonymous with anti-progressiveness. Anti-secularism is a choice.

In the end, changes in laws do not necessarily guarantee a change in voting trends. Even with a political reform of some kind, there’s a risk of running a replica of the old regime. A regime change must be accompanied with a civic sense of awareness and a change of heart above all else.

Change is gradual and takes place through working and functioning institutions. Perhaps the starting point should be with fighting corruption to restore functioning public institutions that we can capitalize on in our quest for a civil state.

As the state is able to provide the basic needs and services for all its citizens without being overshadowed by sectarian networks inflamed with nepotism and corruption, a general consensus will be reached –a conviction that it is through the civility of the state that one’s rights can be achieved. Only then does a transition become smooth, organic, and devoid of any resistance.

Should we start at the top of the list with a regime change or work a regime change from bottom-up? The answer to that remains with the people, through a referendum that tests out their preparedness for change based on an informed decision.

The challenges remain though that it is one thing to have a referendum and a totally different thing to actually work out how it would look like, especially with a very contested result.