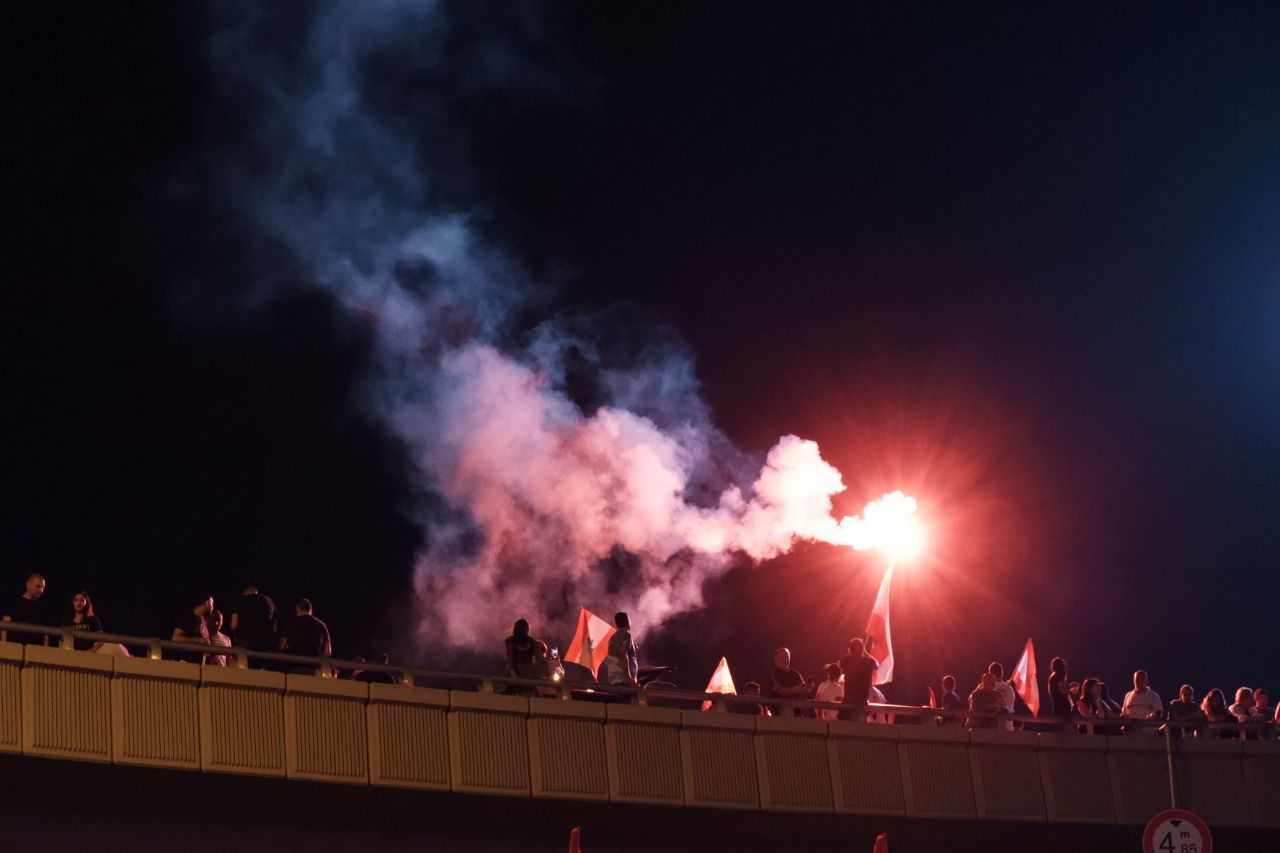 Lebanon’s revolutionaries broke away from the narrow sectarian rifts plaguing their society to call for drastic socio-economic change in the ongoing 18 October revolution. The magnitude of the protests were never witnessed in the country’s 29-year post-war history, sending shivers down the spines of the tiny republic’s political-economic and sectarian elite whose mutual interest transformed basic goods, services and public utilities to favors provided upon request –after obsequiously expressing allegiance to an influential political leader.

Assuming the proposed $6 tax on voice/IP calls (WhatsApp tax) enraged citizens is a gross mischaracterization of Lebanon’s economic woes. This straw that broke the camel’s back points to the people’s distaste for proposed austerity measures in the form of indirect taxes. So, increasing the value added tax from 11 percent to 15 percent, imposing LBP 750 on every unit of gasoline at the pump, and upping charges on electric and water bills risk draining the middle class’s disposable income, while leaving the income of the top 1 percent of Lebanese society unscathed.

The Lebanese protested these austerity measures and exemplified collective activism by demonstrating peacefully across Lebanon. Aside from some violations perpetrated by partisan members infiltrating protests in Mount Lebanon and Beirut, public squares became platforms spawning nationalistic songs and anthems, providing citizens the opportunity to express thoughts freely when interviewed by reporters and challenging the sectarian discourse of Lebanon’s political elite.

History books will record these massive popular uprisings as an opportunity when the Lebanese extracted concessions from an obnoxious political elite, obliged elite confessions to corrupt practices and highlighted the plausibility of a record-low 0.63 percent budget deficit without straining the middle class.

Yet, revolutionary fervor must not blind us to political-economic realities prevailing in Lebanon, which, in turn, compromise the accumulated gains.

Economic restructuring and political reform must be voiced above all else. Some protesting segments included members of the LGBTQ+ community, the mothers of prisoners and supporters of weed plantations whose presence –let alone demands– risk demeriting the movement given the resilience of Lebanon’s political elite and their backing by the Christian and Muslim religious institutions.

No thin line separates Lebanon’s political and economic elite, whose ownership of banks has led to a closure of the country’s commercial banks for five days and expected to last further. These economic elites can use the closure of commercial banks as a pressure tool to debunk protests nationally as families are expected to bring home the bacon by the end of the month. This risks luring protestors out of the streets, and thus debilitating this movement.

As such, protesting crowds need to advance realistic demands, in addition to those offered in the reform plan introduced by Hariri’s government.

We can demand truncating Parliament’s term, allowing protesting crowds to form parties, congregate in ideological groups and prepare for Parliamentary elections based on a non-sectarian platform. We could also insist our political elite come clean by cancelling the Council for Reconstruction and Development, the Council of the South, and the Fund for the Internally Displaced, whose clients and contractors are served on a nepotistic basis. But simply calling for the political system’s overhaul with the twin goals of the resignation of Parliament and the Council of Ministers is absurd given Lebanon’s dire economic conditions.

Instead, the Parliamentary elections of 2018, held based on a distorted proportional electoral law, managed to ensure a 49.5 percent voter turn-out which is far from satisfactory levels given the introduction of proportionality. Therefore, this uprising should help civil society mobilize further so that indignation translates to a nationwide political project challenging our political elite.

Prolonged political paralysis risks turning fragile conditions brittle at this critical turning point. The leaderless protesting crowds –and any emerging opposition party– do not want to bear the brunt of the economic crisis now looming on the horizon.

The golden opportunity in the 18 October revolution lies in capitalizing on this trans-sectarian national awakening to mobilize movements along new ideational orientations. Protestors –and us social movement’s scholars– must gear society towards new political formations.

A lot of work awaits us, but this opportunity will allow us to gage whether the Lebanese people will leave their sectarian affiliations permanently or fall back on sectarian practices and discourse in the next electoral round.