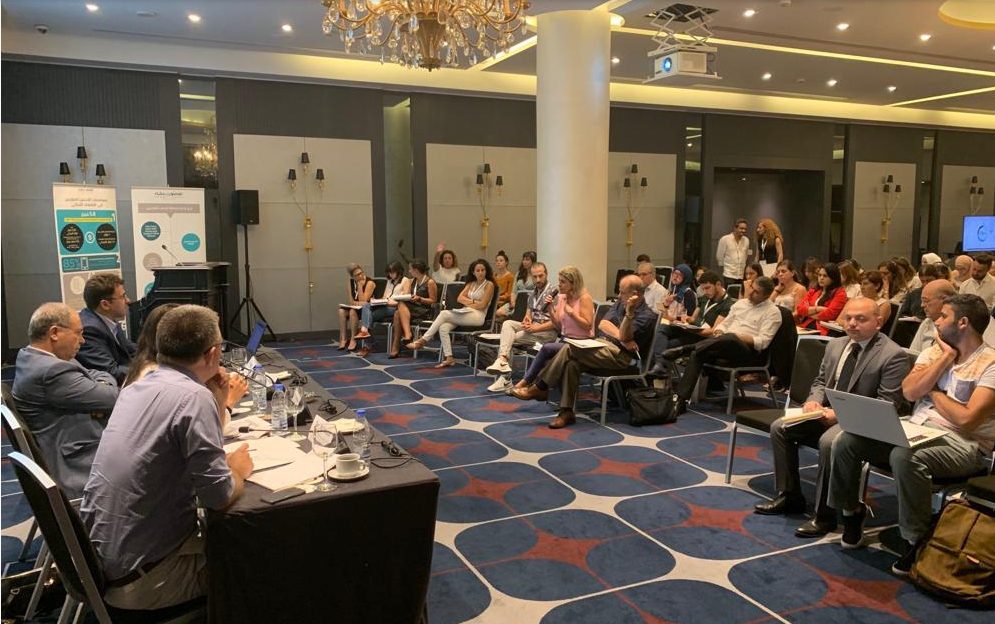 Refugees=Partners highlighted that alternative policies can guarantee inclusive and beneficial socioeconomic opportunities for Syrian refugees and host communities in Lebanon through their first conference on August 2.

The conference from Refugees=Partners (R=P), an independent research initiative launched by the Lebanese Economic Association and the Syrian Centre for Policy Research, countered the hostile narrative against refugees in Lebanon using evidence-based research that encourages policy reforms.

The “Economic Inclusion to Mitigate The Refugee Crisis” conference hosted a multi-faceted discussion on refugees and the economy through two panels and four working sessions with activists, journalists and research experts on topics such as the current status of refugees, potential efforts for socioeconomic inclusion, discriminatory laws, and economic dynamics.

Dr. Tarek Mitri, the director of the Issam Fares Institute at the American University of Beirut, opened the conference by discussing the need to seek out solutions that benefit the Lebanese economy rather than ones that forces the return of refugees to Syria. Experts at the conference addressed several misconceptions about the exaggerated impact of refugees on the local economy.

Refugees are being blamed for problems that predate their arrival

The conference countered the prevalent sectarian narrative being propagated by authority figures: “Syrian refugees are stealing the jobs of Lebanese citizens.”

In one panel, Lebanese Economist and Associate Professor Jad Chaaban at the American University of Beirut supported the alternative narrative on Syrian refugees by highlighting statistics on the unemployment rate in Lebanon. The unemployment rate in the country rose from 11 percent to 13 percent between 2006 and 2010, but settled there after the influx of Syrian refugees began in 2011.

The problem, as repeated by several experts in the R=P conference, lies in the types of jobs being created in Lebanon and the misallocation of the labour force rather than the availability of jobs. Both Lebanese citizens and Syrian refugees are suffering because of the unregulated labour market and the structure of the Lebanese economy.

The majority of working Syrian refugees in Lebanon are taking up jobs in the agricultural and construction sectors that Lebanese citizens do not seek, according to Rabie Nasr, the co-founder of the Syrian Centre for Policy Research. Almost 50 percent of Syrian refugees work in the agriculture and construction sectors, as opposed to only 14 percent of the local labour force.

Lebanese citizens are not competing with Syrian refugees for jobs. The first set is concentrated in high-skilled labor positions. The second set is concentrated in low-skilled labor positions. More specifically, only 32 percent of the Lebanese workforce is employed in low-skilled jobs, as opposed to 60 percent of the Syrian refugee workforce.

The Lebanese economy neglects the agricultural and industrial sectors while relying on service sector, remittance from emigrants to Lebanon, and investments from the Gulf, according to Kamal Hamdan, the managing director at the Consultation and Research Institute in Beirut.

Bearing these statistics brought forth by the Refugees=Partners initiative, Syrian refugees are actually filling gaps in the Lebanese economy. Not only does an inclusive socioeconomic environment ensure the basic human rights and dignities of Syrian refugees, but it also benefits host communities by positively contributing to economic growth in Lebanon.

The conference offered a constructive platform to put forth several new aspects to a distorted narrative on Syrian refugees in Lebanon, highlighting the structural shortfalls of the Lebanese economy before the influx of refugees and the need for effective, evidence-driven policies that can benefit everyone in Lebanon.