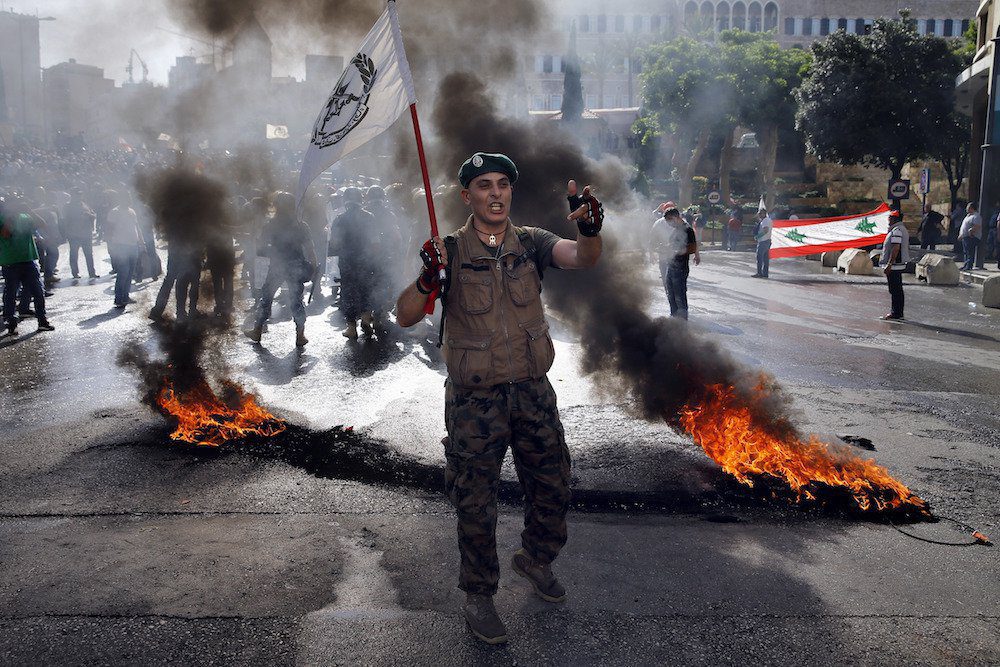 How the Lebanese Political Class Frames the Economy

Hardened political conversation and polarised debates have always existed across societies, in the various differentiated forms they may take. Within the modern global context, polarised discussions on identity, economic policy and liberty have dominated the conversation in every, and particularly turbulent, political context.

When examining the conflicts around economic policy in countries like the United States, the United Kingdom, France, India and many other states, one ought to notice three main nuanced and complex ideological poles: left-leaning calls for wealth redistribution, right-leaning calls for privatisation and austerity, alongside centrist reactions to the rise of a so-called ‘populist’ discourse.

With both this simplified image and an economic crisis in Lebanon around the state budget plan in mind, it is interesting and important to reflect on how the political class in Lebanon has framed the conversation revolving around the country’s political economy, especially in contrast to the aforementioned ideological poles.

The Lebanese cabinet has been meeting on a weekly, or even daily, basis since the end of April to discuss budget reductions in the 2019 draft Lebanese budget plan, also known as the “austerity” budget. These reductions emerge under the reforms requested in the CEDRE conference, in which 11 billion dollars’ worth of soft loans and grants will be offered should adequate reforms take place.

Most political forces in the cabinet have proposed austerity measures mainly concerned with reducing the benefits of retirees and employees in the public sector, alongside cutting down on various public services. As a result, labour strikes by different public sector groups have taken place throughout the end of April and the beginning of May to pressure the Lebanese political class represented in the cabinet and steer the on-going budget discussion from its current trajectory.

On what basis are decisions regarding the budget made? There is little-to-no ideological conflict in terms of economic policy, considering that Lebanon is governed by “emergency policy” rather than concrete policy programs. Understanding the budget discussion requires examining the rhetoric and channels of agreement between the country’s political forces with regards to the current budget arrangement and the volatile nature of their stances.

The various proposed policies in the new budget plan range from cutting down on employment in general and increasing taxes on salaries of retirees and imports, to retirement age changes and placing salary ceilings, in addition to adjusting finances related to various administrative procedures/fines and cuts on services and facilities. The random arrangements being proposed for the budget plan suggest that there is no specific direction the government is headed in other than arbitrarily decreasing deficit to satisfy the CEDRE conference’s conditions.

For instance, in the case of cutting on general public employment (proposed to be frozen for the next three years), there are many sectors in the government that require more labour, while others are over-saturated. Nevertheless, a conversation on big versus small government in the Lebanese context has not taken place accordingly.

Spearheaded by Prime Minister Saad El Hariri and Foreign Minister Gebran Bassil respectively, the Future Movement and the Free Patriotic Movement were strongly in favour of the current finalised arrangement while encouraging further cuts to wages. However, Bassil –as well as President Michel Aoun– had previously retracted his support for austerity after the wide disapproval of army officers affected by these measures.

Arguments in favour of austerity tend to head in the direction of a supposedly more efficient private sector. Nevertheless, such a debate did not occur. The rhetoric of these two groups has centred around the need for sacrifices now in order to be saved by CEDRE in the near future. This familiar call for hasty emergency reform was joined by Speaker of Parliament Nabih Berri, who praised the current budget formula as “an achievement to be built upon.”

The consensus on the budget plan was not made in total peace. During the multiple strike escalations, blame was exchanged between Bassil and Minister of Finance Ali Hassan Khalil over whose party is more responsible for the economic hardships that come as a result of these measures, alongside heated debates on when to submit the budget plan to parliament.

It is clear that many of the political struggles in the budget discussion have to do with sectarian power dynamics, particularly with Minister Bassil’s insistence on the importance of his and the president’s role in determining the fate of military retirees. Historically dependent on public sector accommodations, there is a growing fear among sectarian, identity-based political forces concerning losing control over clientele networks in the bureaucracy.

On the other hand, notices of disagreement were openly mentioned by Hezbollah’s Naim Qassem, whose only clear objection concerned the two percent tax increase on imports. In addition, he mentioned that Hezbollah will not accept more “taxes on citizens.” However, it is unclear if they are speaking of an indirect tax (VAT) or direct tax. Qassem openly advocated for reducing many benefits allocated to employees and retirees, but did not discuss matters of feasibility or application.

Recently, Hezbollah has attempted to portray an image of anti-corruption, particularly due to the growing pressures within its constituencies after the garbage crisis of 2015. Nevertheless, many have questioned such calls for combating corruption, especially with the party openly maintaining electoral alliances with the Amal Movement and the Free Patriotic Movement.

Not only has a genuine value-based conversation been absent in this budget debate, but it is also worth noticing how former rivals on these issues are now sharing the table. During the various conflicts between 2007 and 2008, similar opposition to austerity measures, taxes, wage cuts and corruption was joined by the groups in the March 8 coalition such as the Free Patriotic Movement.

With the dichotomy between March 8 and March 14 completely blurred, a more consolidated form of power-sharing is emerging, with calls for “reform” and “battling corruption.” This dichotomy had rarely been a point of contention, a testament to the emerging political culture dominating Lebanon.

When examining the various challenges at hand, especially for the different alternative movements and civil society groups, the issue of anti-politics comes to mind. There are little-to-no political struggles or ideological clashes in the economic realm, and so very few schools of thought contextualised to our region and country exist. Then, it is no secret that mobilisation based on solid principles and universal ideals is a necessary condition for any progressive movement that aims to hold the current Lebanese political system accountable.