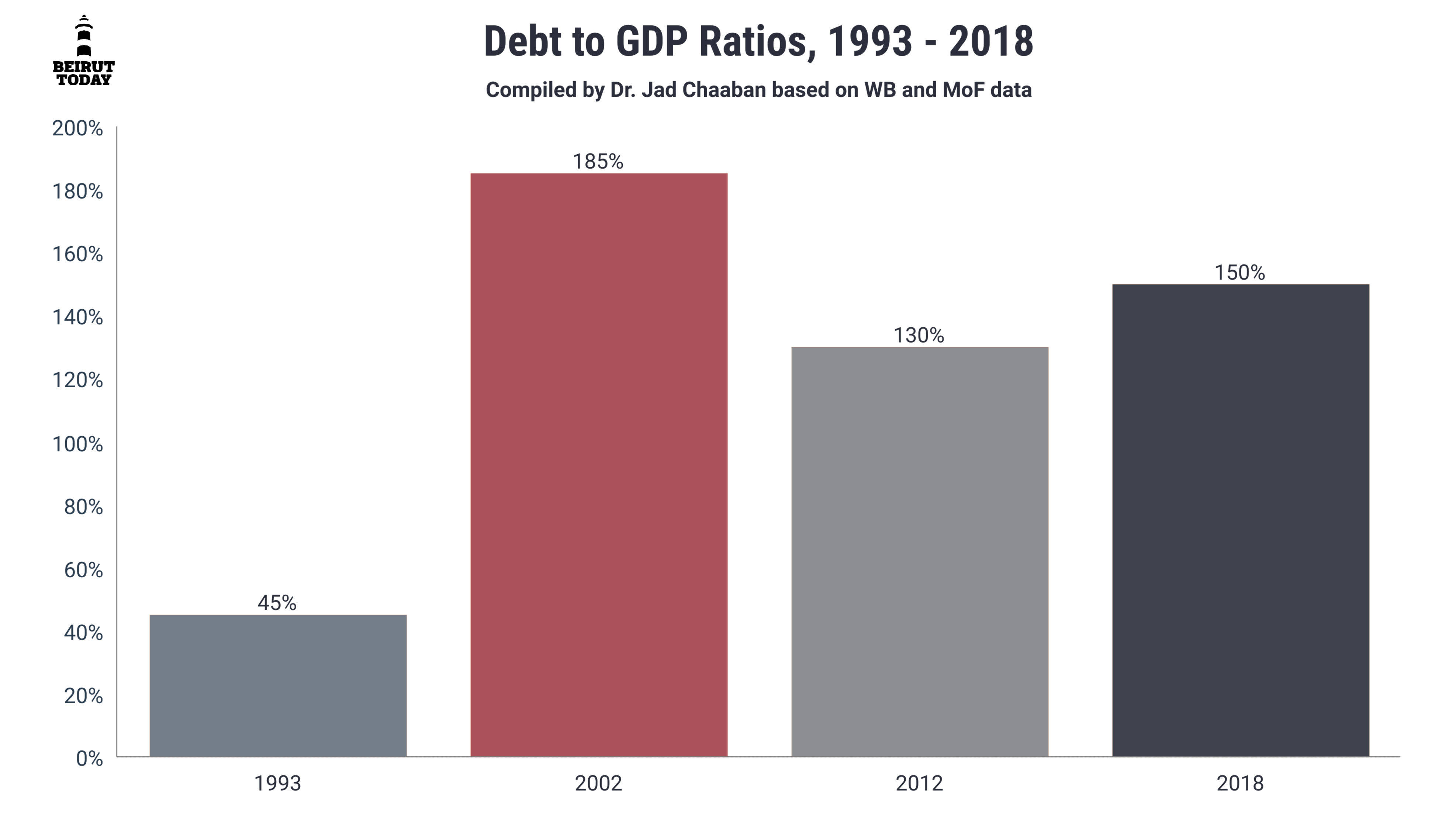 Lebanese citizens don’t need to be shown more numbers to realise the extent to which this debt is exhausting the treasury, public finances, and the integrity of the country’s existing economic system. As for the government policies that are being promoted today as a means of overcoming this large structural imbalance, they remain centred around austerity measures on one hand, and partnership with the private sector on the other. In fact, these two ideas summarise the solutions imposed as conditions by the CEDRE conference, which has apparently become the road map for government projects and the compass determining its direction.

What’s really strange is that austerity –which is being promoted as a new option and a modern fix– is practically the subject of all financial policies dating back to the 1990s. As debt servicing expenses increased and took up more of the public budget, successive governments restricted spending on infrastructure and investment to the lowest levels. Over the last 23 years, the only exception has been a correction of wages for public sector employees.

In reality, the recent promotion of the term “austerity” signals a move towards burdening the most vulnerable groups with the weight of the crisis by depriving them of what is left of their share of public spending: social security services and the salaries of public sector employees.

Partnership with the private sector, despite also being praised as a modern solution, has been the model used since the ’90s with contracts ranging from Solidere, cellular services, and waste treatment to power-ships, electricity bill collection, and mechanique car check ups. These are the same problematic contracts that Lebanese citizens cite as the ones producing the worst and most expensive services, not to mention their failure to reduce public spending.

How To Ease The Lebanese Public Debt

As the government seeks these options, it strives to maintain its commitment to protect the interests of creditors and to avoid any suggestion that could infringe on funds set aside for debt-servicing, which represent half of what Lebanese citizens pay in taxes. The lone statement issued by one of the ministers regarding the restructuring of Lebanese public debt was withdrawn immediately after it caused a crisis in financial markets. There are several ways in which the government could re-evaluate these interest rates by negotiating with creditors, especially in financial crises such as the one currently affecting Lebanon. In all cases, this path remains a better option than interfering with the rights of the most vulnerable groups long carrying the burden of existing policies.

The government can also address the budget deficit and reduce existing public debt by looking at tax evasion, which costs the government 5 billion dollars annually, according to a study conducted by Bank Audi last year. Tax evasion occurs through different avenues such as taxes due on profits, value added, customs fees, real estate registration, and others. Crucially, Lebanon is considered a country with a low tax burden compared to domestic output, due to available methods of tax evasion.

A third option could be to fight corruption effectively and comprehensively instead of using it as a slogan in political grandstanding.

According to a World Bank study, the cost of corruption to the public budget is about 5 billion dollars in direct losses –a sum that can be saved in the event that policies are put in place to curb this bane. These losses are concentrated in contract deals, operation contracts and other avenues of wasteful public spending.

These alternatives come from a wider spectrum of policies that are able to transfer the cost of solutions from low-income groups –as they are now– to the groups that have been benefiting from the policies that led to the crisis. The key issue is to start relying on policies that can deal with the Lebanese public debt crisis while protecting the interests of the most vulnerable groups, not the financial interests of politicians or the terms imposed by support conferences like CEDRE!