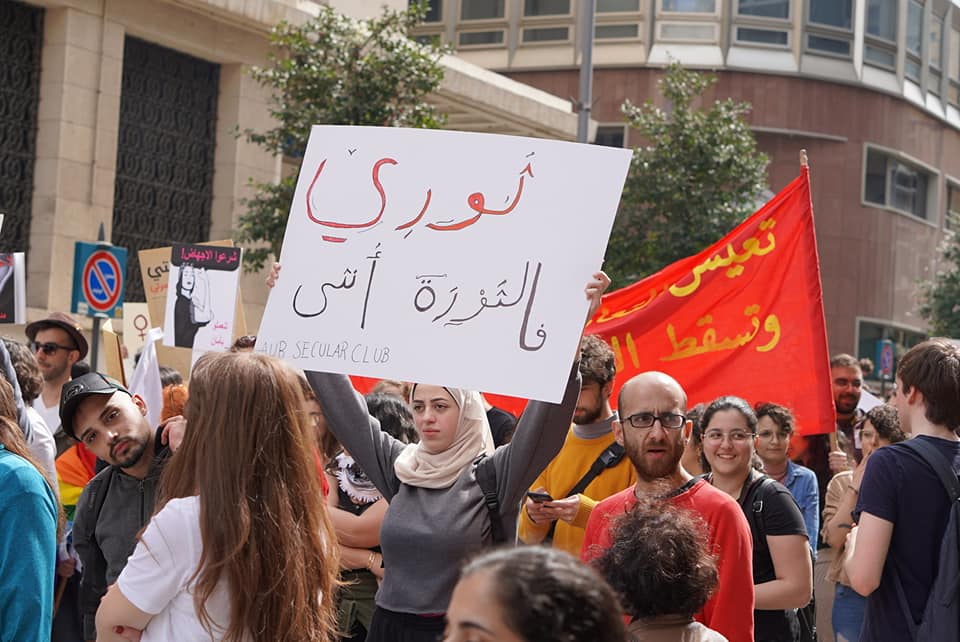 Four women were recently appointed as ministers in Lebanon’s new 30-member government, a distinctive record for a country which has long lacked an appropriate platform for empowering women.

It was only last January, during the The Mashreq Conference on Women’s Economic Empowerment, when Prime Minister Saad Hariri stressed the importance of empowering women in public affairs.

Ahead of the much-anticipated parliamentary election that took place in May 2018, political parties missed no chance to boast about their plans to empower women, put them at the forefront of public policy, and ensure their inclusion unconditionally. One year later, have political parties practiced what they preached? Are male-dominated political structures leaving more room for women empowerment? How are political parties and figures addressing this today?

Women framed as vulnerable: A closer look at how rape culture is being normalised in politics

To deliver its take on national corruption and the recent anti-corruption campaigns, FPM decides to story-tell this time.  We are told a story of how a group of soldiers entered a village and assaulted its women, except for one, who was later murdered by the survivors of the assault. In this imagery,  FPM describes the woman who survived the rape attempt as one with honour, while shaming assault victims and tagging them as corrupt. It is clear that the party succeeded in utilising women to deliver a charged political message.

The party ignites a war of words against other political parties by accusing them of inciting corruption and lacking honour. Such accusations not only cancel out years-long efforts of feminist groups and collectives to dissolve the ‘victim-blaming’ narrative, but also reactivates a political language that capitalises on marginalised groups.

In 2017, the Parliament passed a law that abolishes Penal Code Article 522. Article 522 allowed rapists to marry their victims to escape prosecution. However, sexual violence and assault today, specifically targeting women, seems to be taking more of a cultural shape than a legal one. The production (and acknowledgement) of narratives as the above affirms the idea that women should take the blame for assault. In essence, the term ‘honour’ is a patriarchal label created ages ago to exploit women, devalue them, and limit their contributions to society.

Political parties have a huge role to play when it comes to shaping perceptions of assault, solidifying the value of women, and reinforcing the importance of their contributions to public affairs. Instead of contributing to nationwide advocacy against sexual assault and the objectification of women, FPM is normalising a rape culture. By perpetuating the idea that women are inferior, vulnerable and valued at ‘their honour’ – an honour that is supposedly challenged through sexual violence they had no control over –  women are being dethroned of positions of power and devalued, thus muzzling their voices.

The party’s Media Department, which initially published the post, issued an apology noting that the party “respects the role of women in national affairs which also represents the values of its own politicians.” The apology was addressed to those who misunderstood the post, as noted by the department. However, activists and feminist organizations such as KAFA rejected the apology for not addressing the core problem behind such a post. KAFA believes that the party should apologize for the offensive language used, in which women victims are being portrayed as shameful.

Journalist and Political Analyst Joseph Abu Fadel has released, at several times, derogatory  statements when addressing women. In a recent televised interview screened on OTV, Abu Fadel commented on independent MP Paula Yaacoubian using demeaning language, sexualising the latter as a means to criticise her. Abu Fadel later apologised to Lebanese women for the way he addressed the parliamentarian.

However, this did not stop him from taking to social media  not long after to do exactly that, on International Women’s Day in March 2019. Abu Fadel tweeted through his account that he doesn’t approve of women’s right to pass citizenship to children. He argued that such a right would alter the demographics of Lebanon.

“You should [dismiss] any hope of allowing any woman to pass citizenship to her child!”  –Joseph Abu Fadel on Twitter.

The current nationality law, which dates back to 1925, still affects the ability of children and spouses to attain legal residency, access work, get an education, enjoy social services and acquire reliable health care. Such a law not only limits women’s contributions at a national level, but it also discriminates against them. The law allows the foreign partners of Lebanese men to obtain citizenship after a year, which isn’t applicable to women. Additionally, the law issues citizenship only to children born to a Lebanese father.

In the past year, FPM proposed a bill that enables a woman to pass on citizenship to children and spouses – a law that is conditional on the nationality of the partner. The bill would bar women who marry men from “neighbouring countries” from passing on the Lebanese citizenship. This proposal goes in line with a localised discriminatory rhetoric, which many politicians share, namely fear of sectarian imbalance.

Ahead of the 2018 parliamentary election, Human Rights Watch reported that parliamentary candidates were willing to “ensure that Lebanese women can pass on their citizenship to their children.” In August 2018, Progressive Socialist Party publicly announced a proposal which would allow women to pass their citizenship to both their partners and children, regardless of the nationality. Even though one year has passed since, no legislative or political action has been reported.

Last April, 28 independent parliamentary candidates pledged to protect women rights as part of a public commitment to human rights. However, this had no concrete impact particularly because only one independent candidate made it to parliament. Former cabinet members refused to respond to the pledge letter, sent by Human Rights Watch. It is worth noting that the majority of the former cabinet maintained their positions today. So, how are plans of empowering women, especially ones voiced during electoral campaigns, guaranteed to see light? What is the way forward, one year later?

Even though Lebanon scored the first female Minister of Interior in the Arab World, more concrete efforts are needed to empower women in local communities. Women in Lebanon need a stronger platform to voice their concerns, to contribute and to impact. The discriminatory rhetoric, perpetuated by politicians and media outlets, is bound to limit women from being and feeling empowered.

Lebanese political figures and parties should adopt a cultural shift, one that ensures women are no longer seen as inferior to men, in all capacities. A closer look at the minimal representation of women in politics reveals a loop of legal, social, and political barriers that have long festered Lebanese communities and obstructed women from reaching positions of authority. Before taking count of and celebrating our female ministers at office, multi-actor work should be dynamised. Civil society, academics, media, citizens with a focus on youth and women, private sector, and governments should work more closely to achieve this. That is, to shape policies that empower marginalised individuals, especially women, regardless of their position, social class, sexual orientation, or views.

With a more gender-diverse cabinet today, such efforts are more realisable than ever.