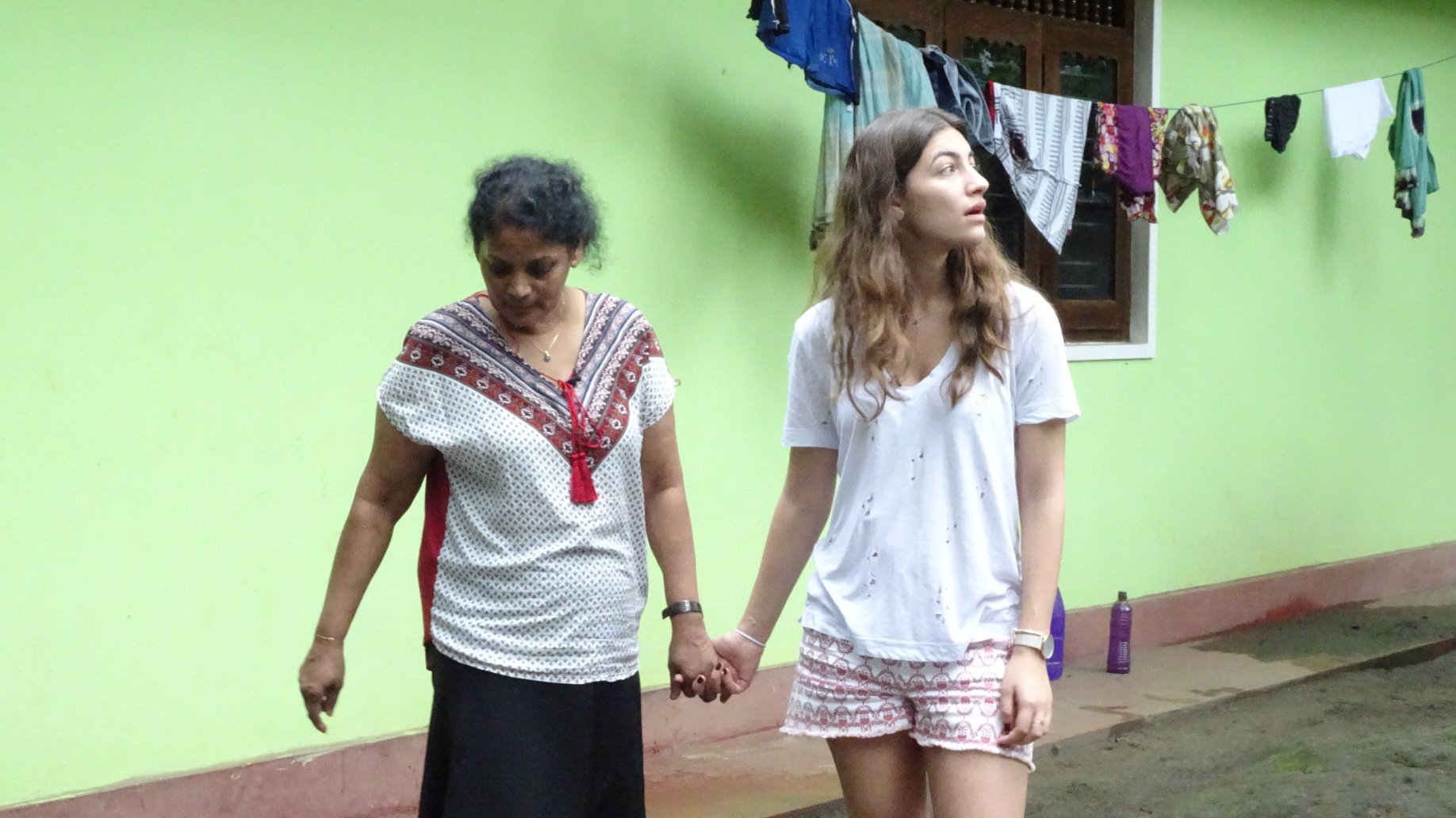 “Thank You Soma”: Paying tribute to all domestic workers raising children in the Arab World.

Thank you Soma is a documentary film directed by Carol Mansour, researched by Muna Khalidi, and produced by Forward Film Productions. Mansour’s latest project is an endearing look at the relationship between a domestic worker in Lebanon and the young woman she brought up. Thank You Soma also shows us the reality of domestic workers who leave everything behind to come and work in Lebanon and the Arab world.

We are introduced to the two main characters: Nour Sidani, a 23-year old Lebanese woman from a privileged household; and Soma (Sumanalatha Harispattuwale Gedara), a 57-year-old Sri Lankan woman who has been working in Lebanon for over 33 years. Throughout the film, we are shown how important Soma is to Nour, especially through the fact that Soma has been there for Nour since her birth: to care for her, play with her, feed her, and essentially raise her. Indeed, Nour doesn’t imagine a world without Soma, and is sure her future, as a wife and mother, will include Soma, or at least someone like Soma.

Though the two share a loving relationship, it is difficult to forget that Soma is in fact a domestic worker. This means she is paid to cater to each one of Nour’s whim, whilst also trying to financially support her own family back home through her remunerations. The worker-employee power dynamic at play within the Sidani household is hard to ignore. The opening scene exemplifies this perfectly, as Nour, while flipping through Facebook, calls Soma over to make her a cup of tea, followed by an “I love you” once the order had been given.

It is not until Nour and Soma embark on a trip to Sri Lanka to visit Soma’s hometown of Henawala, that we truly learn about Soma’s background and situation. Through Nour’s eyes, we are introduced to a world we, in Lebanon, often pretend does not exist. We meet Soma’s family and friends, her neighbors, her village, and the town at large. We are not taken on a touristic trip of Sri Lanka, but on a simple and unexciting visit back home, one that Soma doesn’t get to take too often.

As Nour describes it, she was surprised to see that Soma’s family home is “proper and not what you would expect of the third world.” Nour’s commentary on what she sees creates a sense of disillusionment; she is able to properly see Soma as an individual, and not someone whose sole purpose is to care for her and her family. By the end, she is even aware of her privilege and the differences between “the rich and the poor.”

On this trip, we are introduced to Soma’s friends and neighbors, many of whom also worked as domestic workers in Lebanon or Kuwait or the UAE. What we come to realize is the gravity of the decision to leave one’s home and go work abroad as well as the stagnation of staying. Where some chose to remain close to their family but in poor financial standing, many left, sacrificing this intimacy for financial reassurance.

The stories of those who left and came back are also varying: between those who stayed with “good families,” and those who were not paid for 9 months, or were abused and mistreated. What a viewer keeps re-encountering is the decision of leaving in order to provide for those back home. In Soma’s case, what she earns in Lebanon, which amounts to 450$ a month, supports her parents, children, grandchildren, nieces, cousins, etc. It is her earnings that have paid for the house her family lives in. 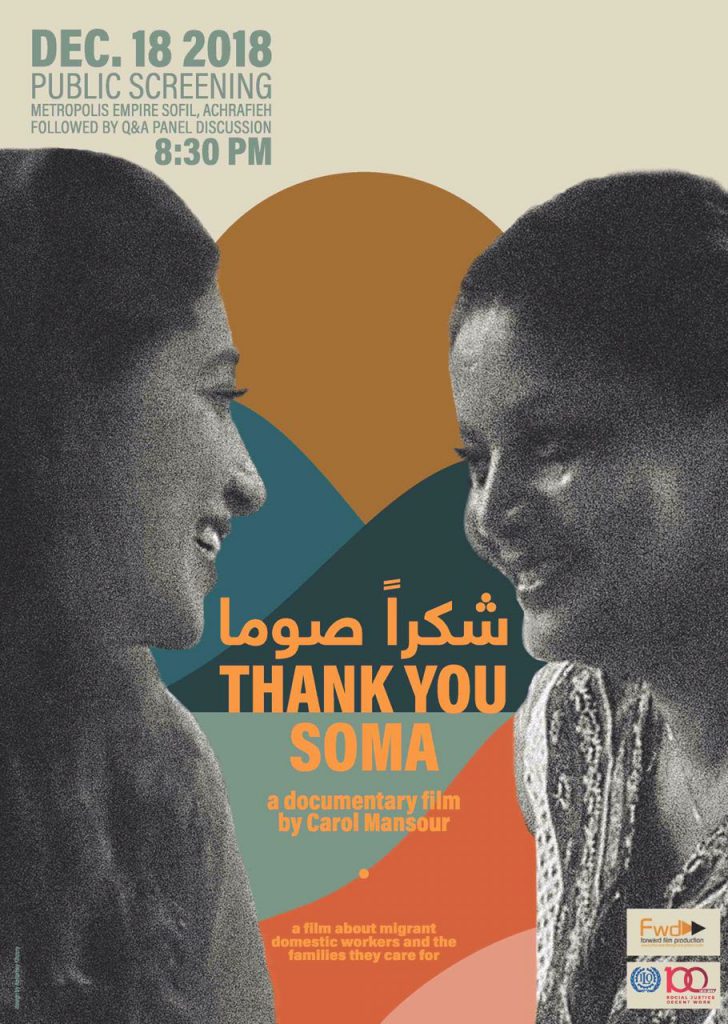 Thank You Soma humanizes the domestic worker who play a very big role in our households and family. Nour and many children like her, were raised by such women, without ever really comprehending how difficult it must have been for them to leave their own families to come raise  complete strangers. Nour’s gratitude in the end of the movie, contrasts with her early “I love you”; where the latter appears as an empty term of endearment. Her giving thanks in the end shows a maturity in Nour who finally understands the world Soma is coming from.

The documentary will premiere this Tuesday, the 18th of December at Metropolis Sofil in Beirut.