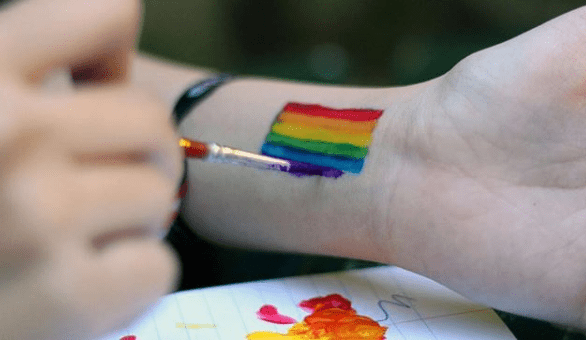 Beirut Pride 2018: What’s with the crackdown?

Beirut Pride (BP) is a movement/initiative which offers a tolerant environment taking a “positive stand against hate and discrimination based on gender and sexual diversity.” BP was formed on May 17 2017, which marks the International Day Against Homophobia, Biphobia, and Transphobia, and seeks to celebrate human rights, inclusion, equality, and acceptance.

The first of its kind in the Arab World, Beirut Pride, started off last year with a series of workshops, awareness sessions, gatherings, performances, and get-together parties, all of which were accessible to the general public.

2018’s installment of Beirut Pride was, however, cancelled and suspended by Lebanon’s Internal Security Forces for reasons that remain vague and undefined. The general schedule of activities was spread across nine days before police forces called the organizer for questioning in Beirut.

The organizer was then asked to sign a statement calling for the full suspension of all Beirut Pride activities in the country, as those were considered a violation of “public morality.”

Although the reason behind the crackdown and suspension of Beirut Pride remains unknown, the Beirut Pride movement issued a statement of their own:

“Beirut Pride 2018 was launched on the twelfth of May, during a brunch celebrating parents who preserved their families, who did not reject their children when they came out as homosexuals, or at least, who sought for family to stay composed.”

The organizer was called for investigation, but did not face any form of abuse.

“ I was lucky that the investigation team did not aggress me, or physically or verbally abuse me, a reality that doesn’t pertain to all detainees who show marks and blue spots they claim they are beating marks. It appeared that the main reason for my requisition is that the Public Prosecution received an Arabic version of the programme of Beirut Pride that was completely distorted, making the happenings of Beirut Pride appear like events of debauchery, disrespect of general law, while using derogatory terms to refer to LGBT individuals.”

And was offered two alternatives out of this situation.

Lary BS, comedian and activist involved in the Beirut Pride movement, believes that the importance of Beirut Pride lies in raising awareness about a community that is criminally misunderstood in Lebanon.

“The whole movement started decades ago, and in the early 2000s a series of similar cultural events took place in Beirut. It’s all about buildup. And as the organizer of what we call ‘Beirut Pride’ now said, ‘Beirut Pride’ is not for people to attend, its for people to make.”

When asked about the suspension of all Beirut Pride events in Lebanon, Lary reiterated that “pride is something that will go on forever…and a week called Beirut Pride may have its events suspended, but you can’t stop a movement, and we will witness such events all year long.”

Is Article 534 of the Lebanese Penal Code being misinterpreted?

Article 534 of the Lebanese Penal Code prohibits “having sexual relationships that are contradicting the laws of nature.” But how is ‘nature’ defined in this context?

In practice, the content of the article has been long criminalizing same-sex relationships in Lebanon. In May 2016, Judge Hicham Kontar paused an ongoing investigation of a Syrian national accused of violating Article 534 of the Lebanese Penal Code. It was mentioned that this individual, who was wearing female clothing, “had feminine characteristics and has had sexual relationships with men in Syria.”

Kontar believed that the phrase “contradicting the laws of nature” does not comprise sexual relationships between people of the same sex. He also highlighted that the phrase itself does not hold a specific/concrete framework or any end-purpose at all, and that the term “nature” is relative, especially considering that the definition and perception of sexual relationships can evolve and take on different interpretations with time.

The judge based his decision on social, biological, and legal factors, including the Lebanese Constitution, which stresses personal freedoms and social justice, international treaties protecting human rights, like the Universal Declaration for Human Rights, principles agreed upon by the United Nations, World Health Organization’s ICD-10 classification ensuring that homosexuality is not an illness and therefore requires no medical treatment, and Resolution 17 of the Human Rights Council issued in 2011.

Kontar was not the only one to criticize the interpretation of the respective article. Judge Rabih Maalouf, as per Human Rights Watch, mentioned that the concept of nature is open to interpretation and has been mostly used to “prosecute people suspected of homosexuality.” Maalouf also referred to Article 183 dictating that “an act undertaken in the exercise of a right without abuse shall not be regarded as an offense.”

On May 17, the International Day Against Homophobia, Biphobia and Transphobia, The Legal Agenda and Helem organizations released a video on the model defense (Al-Mourafa’a Al-Namouzajiya), protesting the faulty interpretations of Article 534 and calling for the complete dismissal of the article itself.

Human Rights Watch reported that Lebanon’s Internal Security Forces arrested an LGBTQ rights activist for the organization of Beirut Pride events and gatherings. The events included “queer poetry reading, karaoke night, sexual health awareness discussions, legal literacy workshop.” Beirut Pride organizer Hadi Damien was arrested and moved to the Hobeich police station on the night of May 14. His arrest is not an isolated incident. As mentioned before, Article 534 has been heavily misused and misinterpreted by authorities as documented reports of torture and abuse by police and military against people arrested show.

Although Lebanon is slowly becoming more tolerant, situations where individuals are prosecuted, exploited, and marginalized are still common, and more work needs to be done.

What’s in the works

Helem has been advocating for the LGBT right to inclusion in Lebanese society. It aims to protect lesbian, gay,  bisexual, and transgender individuals from any form of discrimination, be that cultural, social, or legal.

The organization faced a good lot of legal obstacles when it submitted its registration documents on 4 September 2004. Even though Helem did not violate any of the requirements needed for a successful registration, the Ministry of Interior and Municipalities failed to send an immediate receipt with a registration number to date. Several other organisations working on human rights and democracy faced similar obstructions. For example, ADDL (Association pour la Defense des Droits et des Libertes) received its registration number only after a lawsuit and a good amount of time had past for the organization, which was started by lawyers in Lebanon to defend human rights.

In 2006, following the International Day Against Homophobia (now IDAHOBIT), a complaint was filed against the organization for “corrupting the youth” and presenting immorality—a prosecution which was dropped due to no evidence of crime being presented.

It is no surprise that organizations and movements advocating for human rights, democracy, social justice, and freedoms are often being challenged by Lebanon’s legal system. However, this never stopped Helem, and other organizations of this sort, from working towards making Lebanon a much more inclusive environment. 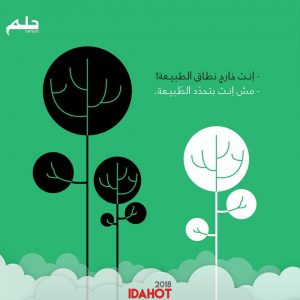 LGBTQ rights activist Joseph Aoun of Helem notes in one of the organization’s social experiments, showing a lesbian couple, that the “Arab street is not completely against LGBT community” and that in the country and region, “there are a lot of people who are very tolerant, but they do not defend. Most of the time what you see is homophobic reactions.”

Helem is calling for a change in the interpretation of the law/article, and asking the legislators to clarify the law, and to initiate a law that protects the rights of LGBTQ+ individuals in Lebanon.

Although the way towards full inclusion of LGBTQ+ communities is still long and winding, Helem has been providing legal, social, and health services which include the specific helpline at +961 71 91 61 46 for emergencies and appointments with Helem’s social workers.

Arab Foundation for Freedoms and Equality (AFE): Politics of Gender

The organization has been acting as a support for activists advocating sexual rights and gender equality in Lebanon and other countries in the MENA region as well.

AFE and Human Rights Watch recently started a campaign to have members of the community raise their voice, ahead of Lebanon’s parliamentary elections that took place early May.

AFE has long been advocating for the inclusion of those rights, further pushing for them prior to the first Lebanese general election in nine years. The organization built a website titled “AFE Elections” listing candidates who advocate for “LGBTIQ++ rights and alternative sexualities.” The website details information collected through interviews, campaign text/literature, candidates/lists websites, press conferences/reports and speeches regarding the candidates.

Even though elections are now over, and the results are certainly not indicative of a transformative culture of acceptance and tolerance amongst political elites, it is still an influential initiative that will count greatly as we head towards the 2022 general election.

The idea that Lebanon is becoming a more inclusive environment is still up for debate.

“Every time we think we made some progress and we’ve had a step forward, something happens. It’s good that LGBTQIA+ rights are on the political agenda now, I just hope it’s not a casual marketing coup. A lot of good people are working on the subject, both politically and socially and in the way they carry themselves. It would be a shame to see their work shattered by political agenda,” Lary BS tells Beirut Today.

As a final message, Lary notes that  “everything [being done] is just to show the world we’re here, we’re many, we’re just like everyone else, and we’re not going anywhere.”

“ I hope future generations don’t have to go through what we’ve all been through.”

With so many campaigns,initiatives, and movements supporting LGBTQ+ rights gaining strong ground recently, the question about whether the government is going to take sound measures to protect such a community (among other marginalised ones) resonates beyond the International Day Against Homophobia,Transphobia, and Biphobia.