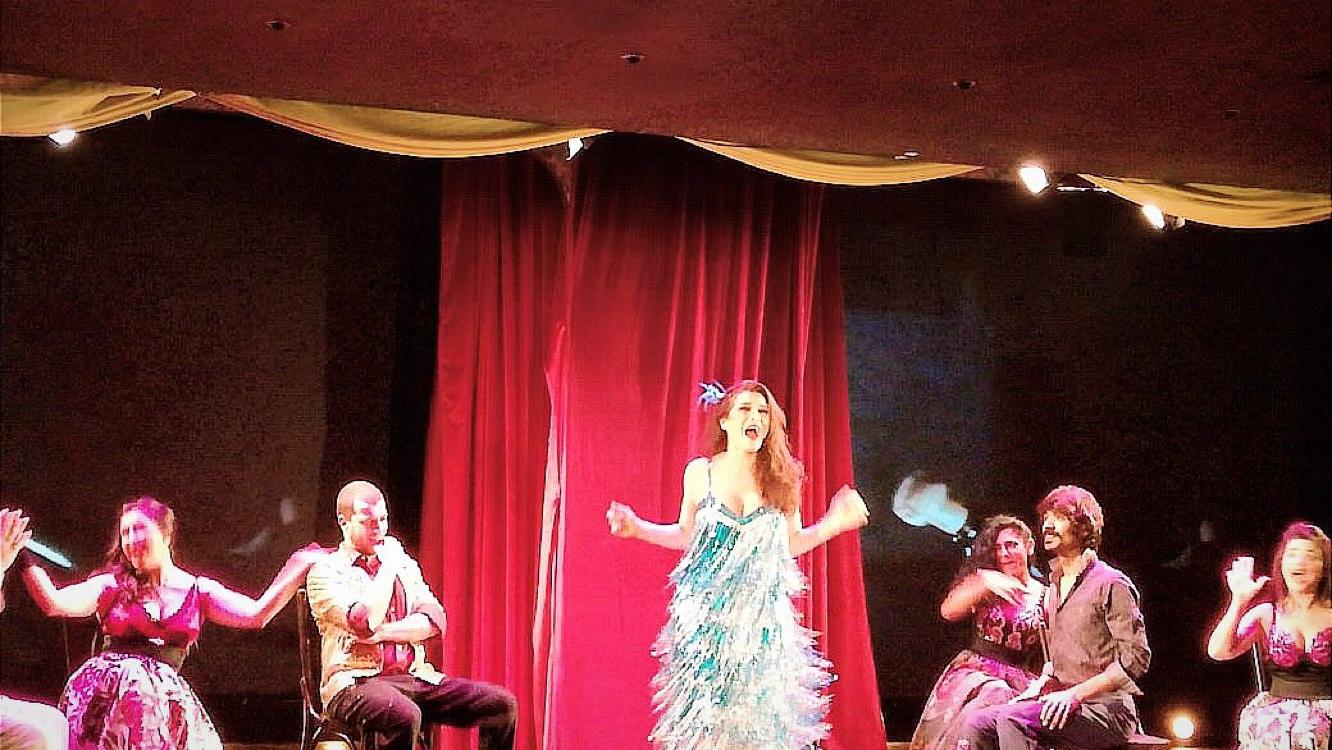 The Strange Adventures of Victoria (مغامرات فكتوريا العجيبة) is a biographical play that is being premiered at Metro Al Madina. It takes its audience on trip back to the 70’s. The play portrays the adventures of a woman that struggles with her gender at a time where everyone around her seemed to be concerned with the state of her intimate parts.

Victoria, who is the trans-gendered heroin of the play, had lived an adventurous life full of hardship, and in a surprising twist of fate, she meets the writer of the play Gerard Avidissian. In the year 1977, a brutal war overtook her country, and so she fled towards an undetermined destiny. It remains unknown whether she was shot in Al-Shiyyah area, or if she had escaped to Cyprus, or if she is still alive.

Following Victoria’s incredible journey, Beirut Today sat down with the writer/director Gerard Avidissian and the lead actress Nada Abou Farhat to learn more about the play and the motivation behind it.

What motivated you to participate in this project and to play Victoria?

Nada: “The character was new to me and I’ve never played a similar role. I found myself very interested considering how important the subject is today. The topic tackled has become even more of a taboo than it had been before. This is not specific to Lebanon only; the trans-community also suffers in Europe and in the whole world,” Abou Farhat said.

“Also, the way Gerard wrote the play motivated me even more. His comedic approach in building-up the character and presenting her story as the first Lebanese transgender woman serves the point smartly.”

What was especially challenging in playing Victoria?

Nada: “The hardest part which I still struggle with is putting preferences aside and entirely immersing myself into the character; from the posture, to the walk, to the tone of voice. Portrayal of the gender confusion is  very crucial. All of these details need a lot of practice and I am constantly trying to modify and improve in order to precisely depict them.”

How would you measure the success of the play? What would make you feel that the message behind it was successfully conveyed to the audience?

Gerard: “Conveyance of the message is not synonymous with its success. Theatre, and art in general, are a huge gamble. People can be very welcoming and accepting of a work; or very harshly disapproving of it. However, the most dangerous reaction of all would be indifference. A work that would please everyone; crew, cast, and audience, is a miraculous work. If we had had the secret for that work, we wouldn’t have struggled that much with achieving success” .

“I believe it is very important that we don’t entirely focus on the sole purpose of satisfying the audience. Take Nada as an example, every night when she walks up on stage, she doesn’t know how the show will turn out. She has no idea if the audience will clap for her performance at the end. This is a risk she takes every night.

There’s also this new trend of standing ovation. I am very cynical of it. I think people overdo it. A standing  ovation is the utmost respect and gratitude an artist can receive in theatre and I don’t think that everyone is worthy of it.”

Do you think that tackling sensitive subjects must be within the realm of political correctness?

Gerard: “As an author, I’m not afraid to offend. If I have a subject and a theme I want to tackle, I will do it regardless of potential offenses. People are bad at getting offended, they do it for all the wrong reasons. In theatre, we get a lot of compliments and criticism. We put ourselves in the front lines and we tend to receive a lot of condemnation. People always compare performances with other ones and tend to be very [punitive]. What is important is that we preserve our authenticity.”

How would you evaluate your performance so far?

Nada: “I am constantly improving. With every performance, I achieve a higher level of authenticity and I identify better as Victoria. I remember when I first performed “Badiaa” and how different the last show was from the first one. Repetition plays a great role in crystallizing performances. I have great hopes for Victoria.”

The play is incontestably a good representation of trans-phobia and the struggle of the trans-community in Lebanon. The employment of satire in shedding light on adversity is both intense and effective in conveying this struggle in a creative manner.

Beirut Today invites readers, activists and advocates to give one of the most impactful plays a shot while it is still being performed at Hamra’s Metro El Madina.

*This piece was co-written with Ghina Andary.