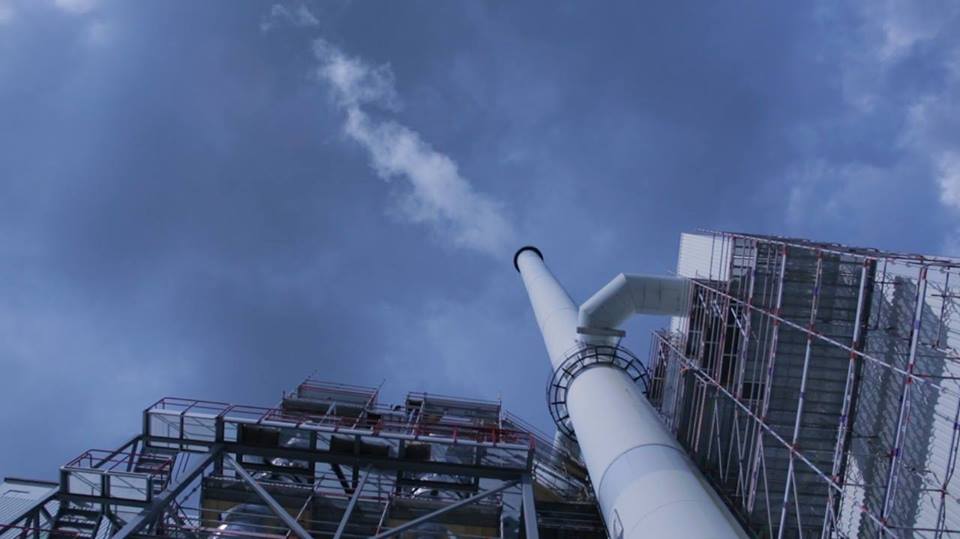 Myth Buster: “An Incinerator for Beirut?”

Against the backdrop of the possibility of installing an incinerator in Lebanon, as a solution to the waste crisis, comes Ziad Abi Chaker’s documentary titled An Incinerator for Beirut? A Documentary. The documentary premiered in Metropolis Cinema on Jan. 19 and acts as a follow-up to Abi Chaker’s investigation as he uncovers the facts and myths surrounding incinerators.

The film begins with an introduction by Abi Chaker where expresses his intention to provide the audience with crucial facts on incinerators. He says the dialogue around the subject has been too fraught with conjecture and not enough evidence. To find the answers he’s looking for, Abi Chaker visits a country that is known to have a functional incinerator.

The film then cuts to Denmark and its lake-filled, green landscape, and introduces Michael Dino Hansen, an environmental expert with the Odense Renovation, who provides Abi Chaker with the astonishing fact that the Danish government used to dump trash into the sea in the 60s. The impact of this practice is still being felt, despite an initiative to clean up the shore, to the extent that the government is still paying to extract waste from the ground almost 50 years later.

Odense Renovation is a privately run and publicly-owned waste management company based in Odense, Denmark, where Abi Chaker interviews three individuals that work at the incineration plant. Each person, including Hansen, answers questions regarding incinerator functionality, the post-burning process, and the safety precautions taken to limit the release of hazardous substances.

It was also revealed that incinerators are used in Europe to divert waste away from urban areas, and that a prerequisite for the use of incinerators is substantial landmass for safe byproduct discharge.

Additionally, Abi Chaker provides the audience with a well assembled technical animation displaying the ways in which an incinerator functions. The diagram exposes the transition from the combustion process of burning waste to its conversion into gas, ash, and heat.

While the heat produced is used to heat homes in Denmark, the gas and the ash are treated with chemicals and are later tested. The gas, now less toxic, is emitted from the incinerator plant, and the fly ash is either used for industrial purposes or shipped to deserted islands in Norway.

Abi Chaker’s curiosity sparks again as he asks about the cost of operating an incinerator, with the outstanding number amounting to € 200 million or more to refurbish the incinerator alone.

He also asks about “thermal disintegration”, a technique that the Municipality of Beirut has stated it would adopt, with Hansen expressing his lack of knowledge of any plant which follows this technique. This leaves audience to assume that the Municipality is using a different language to characterize the incinerator they are intending to install.

Due to Denmark’s diligence in recycling and its transition to waste neutrality, it will soon no longer require an incinerator to dispose of its trash.

The documentary then follows Abi Chaker to Beirut as he assesses the installation of an incinerator in Lebanon and speaks to two experts from the American University of Beirut (AUB), Dr. Carol Sukhn of the Environmental Core Laboratory and Dr. Issam Lakkis of the Department of Mechanical Engineering.

Sukhn explains that Lebanon does not have the capacity to treat nor test the dangerous materials produced by the incinerator, especially dioxins. In order to test these hazardous byproducts, Lebanon would need to ship them off to be tested, which would cost anywhere between 500 to 2000 dollars. This would have to be done every two months.

Abi Chaker then speaks to Lakkis who presents a simulation of an incinerator based on his study, which determines that the best locations to place an incinerator in Beirut would either be Karantina or Horsh Beirut, both of which would be very harmful to nearby residents. The simulation highlights the way in which the gases and the fly ash would afflict areas within the different proximities of the incinerator.

The simulation showed that placing an incinerator in Karatina would result in Achrafieh and Bourj Hammoud receiving nearly 40 percent of the hazardous material that would go so far as to reach Mansourieh.

All factors considered, the film makes it clear that although incinerators may work in Denmark, this waste management strategy is practically unfeasible in Lebanon.

Unlike Denmark, Lebanon is not large enough to accommodate for an incinerator that would emit gas away from its population. Secondly, Lebanon does not have the resources to treat hazardous material nor can it afford the costs of transporting untreatable material to Norway.

Abi Chaker insists that this documentary is not his own and that he is placing it in the hands of the residents of Lebanon. The audience can only assume that this exposé on incinerators has clarified the facts and will serve to mobilize them to become more proactive in the realm of recycling and to demand that the Lebanese government find an alternative solution for the waste crisis in Lebanon that is not detrimental to their health.

Why this documentary is impactful

This film is a fantastic public service that opens up an informative dialogue within the discourse of installing an incinerator and raises awareness on its most basic level. Abi Chaker, who is a veteran in pioneering and championing his “Zero Waste” initiative in Lebanon, could not be a more reliable source to divulge this information  in an accessible manner. He not only succeeds in putting factual and scientific basis into an otherwise uninformed debate on incinerators, but also manages to answer the many questions that viewers may raise.

Today, the question of an incinerator is a question of health: should we pay out of pocket to fix the problem, or out of lung?

To watch the full documentary: https://www.youtube.com/watch?v=ee88DvyvXQY

This piece was co-written by Cynthia Saghir and Ayman Makarem.

Kindly join the Waste Management Coalition for a protest against incinerators on Sunday Feb. 11th, for info: https://www.facebook.com/events/180273962741378/