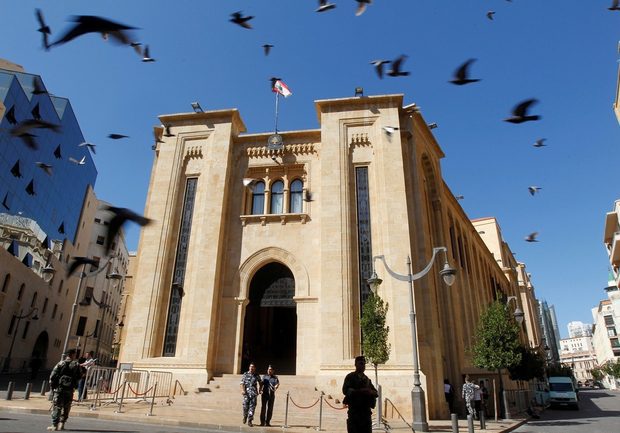 Since the garbage crisis and the protests that erupted around mid-August of 2015, a significant fraction of the demonstrators chanted slogans that centered on corruption, financial mismanagement and a lack of adequate services. Lebanese citizens, particularly the lower and middle classes, have even internalized caricatured nepotistic politicians and businessmen carving and eating the country’s wealth.

To get a better understand these issues, we ought to carefully examine the 2017 state budget endorsed by the parliament in October – the first budget passed in 12 years that acts in opposition to the country’s constitution.

Initially, the Parliament’s Finance and Budget Committee suggested that significant funds towards certain organizations previously not within the public domain, such as the Lebanese Center for Energy Conservation, be suspended. Ezzat El-Hajj Hassan, a writer at Al-Modon news website, notes that the proposed scheme intended to save around 1,000 billion L.L. (666 million USD), but faced major setbacks as certain politicians with private interests, according to El-Hajj Hassan, intervened and insisted on financing such associations, contrary to the committee’s request.

Haddad sheds light on numerous government-sponsored organizations such as the Lebanese Center for Energy Conservation, Higher Council for Privatization, the Syrian Lebanese Higher Council and the defunct railway system that are still reportedly being funded .

For instance, one should be skeptical of the Syrian Lebanese Higher Council’s purpose, as both states normalized relations and established diplomatic ties in 2008. Moreover, the establishment of the Lebanese Center for Energy Conservation signified a variety of projects (which ended) between the UNDP and the Ministry of Energy and Water. Funds and resources are now allocated to pay for the salaries of those employed in the agency.

As for the “imaginary expenditures”, one example is the 2.172 billion L.L. reportedly spent on a project titled “Enhancing Decision-Making Capacities at the Office of the President of the Council of Ministers,” coordinated with the UNDP. Haddad explains that the amount only concerned wages, while operating costs to were not included. Many analysts are skeptical of the role played by the UNDP in governance, such as writer at Al-Akhbar,such as writer at Al-Akhbar Mohamad Wehbe. Wehbeh explains that not only does the UNDP assume the Prime Minister’s role, but also takes on a leading role in the decision-making process on issues pertaining to economic development, trade, and project initiatives.

Haddad proceeds with a critique of how the government managed to spend an exorbitant amount as rental payment to Solidere for the ESCWA building. In 2017 alone, its rental value rose from 8.8 million USD to 10 million USD. In fact, the amount itself makes about 15 percent of the total annual rent expense on all government buildings.

Much of the inefficiency of the state’s apparatus arises from rampant mismanagement of funds and illicit spending. With the recent strikes at EDL and public schools, many currents of critique within civil society and the establishment itself have been seeking solutions. Some have proposed further privatization, especially for EDL. Many others advocate for reforming the administration as opposed to tackling our public needs via profit-based initiatives, which could gradually end with monopolies in various industries.