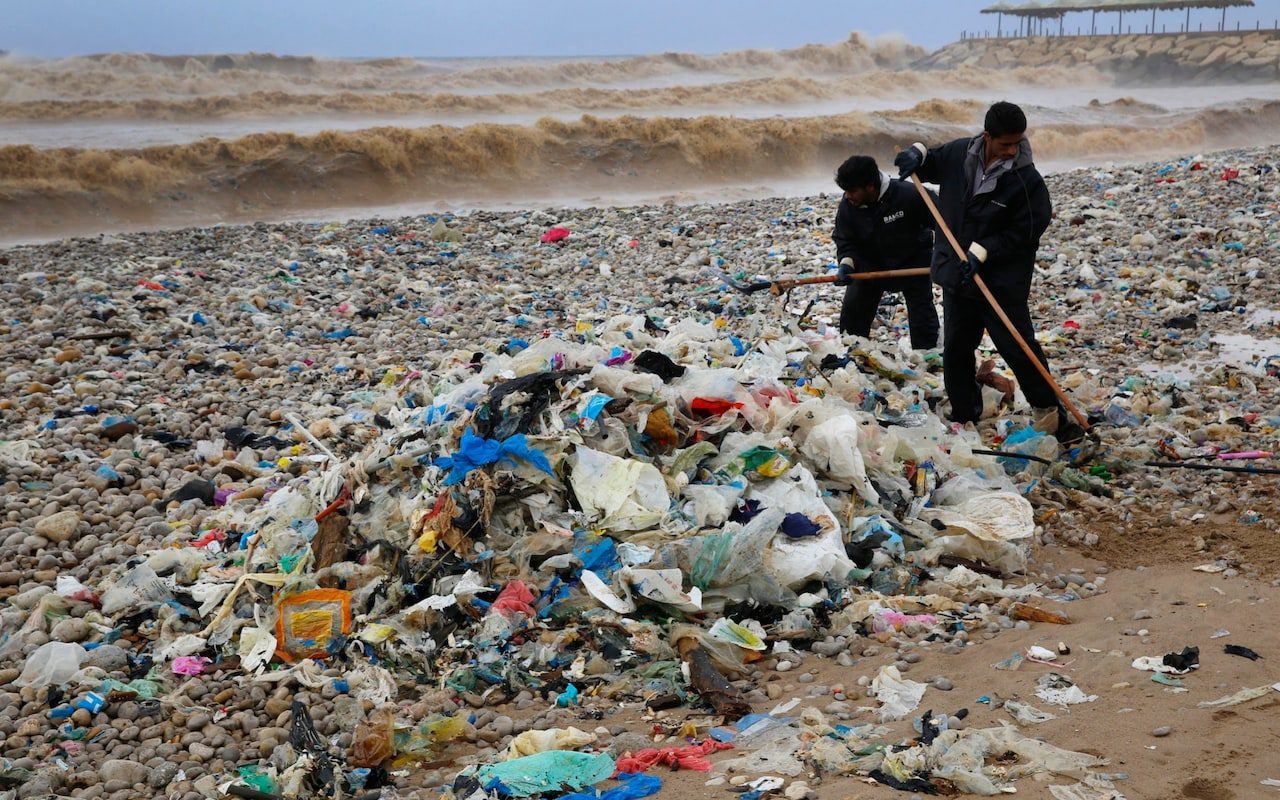 The storm that enveloped Lebanon last week brought in strong wind currents, rain, snow; and tons of trash. The trash that washed up on Zouk Mosbeh’s coast last weekend extended above 30 meters inland, according to the New York Times. The beach of trash serves as a reminder of the ongoing trash crisis that has been one of the government’s major letdowns in the past couple of years.

In 2015, the Lebanese government failed to deliver a sustainable waste-management plan as trash began piling up in the streets of Beirut, sparking a nationwide protest movement with the slogan “You Stink!” referring to the country’s streets and political elite. The Zouk Mosbeh situation has also outraged officials, activists and environmental organizations.

Officials have been urged to act immediately. Prime Minister Saad El-Hariri has called for a beach clean-up in  the area, but the majority of action has been stalled until the storm passed.

Debates on the origin of the trash have been sparked, and some officials stating that the garbage washed downstream from Nahr El Kalb, a recurring dumpsite since the outbreak of the crisis. Others claim it was carried upstream from a landfill near the coast in Bourj Hammoud.

“In some cases you are seeing municipalities that are working with private truckers in the business of moving trash and giving an impression of solid waste management, but this isn’t management its simply moving loads of waste from decentralized roadside bins to concentrated open dumps where waste then spreads throughout river channels, contaminates water resources, and settles in a regionally polluted Mediterranean Sea,” said Sammy Kayed, Development Manager of the Nature Conservation Center (NCC) at the American University of Beirut.

“It is a site to the power plant polluting the air, regular oil spills during refilling and dumping of the plant byproducts straight into the sea, alongside the sewage and now, increased river and coastal landfill pollution,” she said.

According to Kehdy, Recycle Lebanon has initiated about 16 zero-waste beach clean ups in the past two years, and will continue to do so.

Kayed of the NCC remarks on the effort that needs to be made to undo what has been done.

“It took us three years to make much of this incredible damage and it will likely take a shameful number of years consolidating our efforts to make these waters healthy again for the people and ecosystems,” he said.

We have yet to hear of a long-term plan for the efficient clean-up and disposal of all this waste. Here’s hoping that happens soon enough. In the meantime, the next Recycle Lebanon beach clean-up is on Sunday, Jan. 28, in collaboration with LiveLoveBeirut and the UNDP.