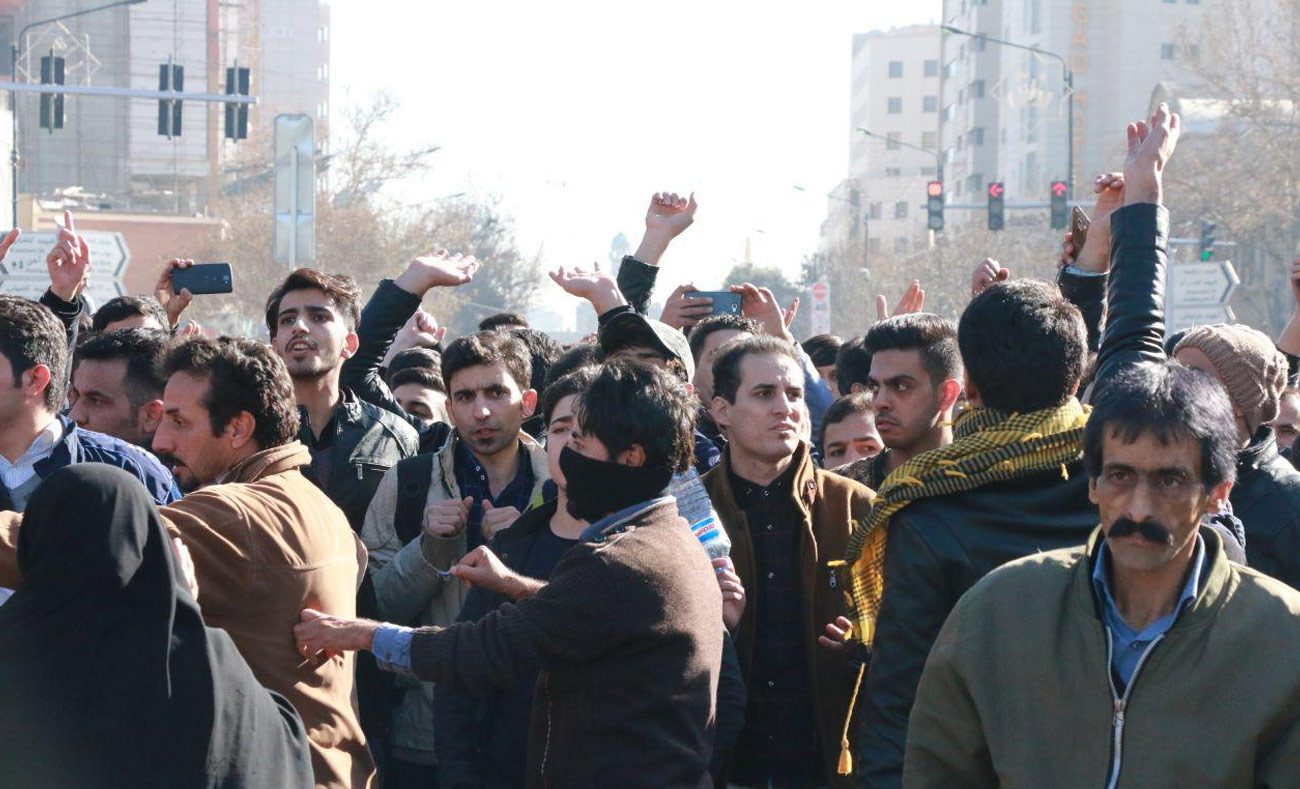 Demography may be playing a substantial role in fueling the current uprisings in Iran.  The most recent population census taken last fall shows the age structure of the population and the sizes of the different cohorts.  The single-age pyramid for 2016 below shows clearly the unusually large cohorts of the baby boomers (born in the early years of revolution who are now in their late 20s and early 30s) who have moved up into the voting age range since 2006.

Because of their size, these cohorts have a noticeable effect on Iran’s social and political landscape.  As this “youth bulge” moves up the age ladder, it pushes the median age up and in some sense matures the population more rapidly than one would expect.  For example, since 2006, about when Ahmadinejad was first elected, the median age has increased from 24 to 31 today.  By way of comparison, the median age in Afghanistan is 19 and in the US, where the median age is 38, it has increased by less than one year in ten years.

The median voter age has also increased, from 33 to 37 (again, by comparison, this is 45 in the US).  Whereas in 2006 youth voters under 34 were the majority voters, today they are not.

These age groups happen to be those with the greatest rates of unemployment, which has gotten worse over time.  According to survey data, in 2015/16, a shocking 31% of men and 53% of women aged 18-29 were unemployed, compared to 20% and 19% in 1997.  More importantly, the pain of this worsening situation is increasingly felt by older age groups.  Entire families are affected when their young men and women are unable to find employment, housing, and form a family.  In 2015/16, 82% of men and 55% of women in this age group lived with their parents.  Difficulty in finding a job and housing means staying single as well:  In 2015/16, 76% of men and 49% of women 18-29 had never married.

So, the economy — especially jobs, housing, and marriage– is on the minds of Iranians of all ages, more so than in the past.  The fact that the political class is not offering clear initiatives to deal with these problems must be frustrating for citizens who are taking their anger to the streets.

Prof. Djavad Salehi-Isfahani is an associate at Harvard's Belfer Center’s Iran Project. His previous appointments include Assistant Professor of Economics at the University of Pennsylvania (1977-84), visiting faculty at the University of Oxford (1991-92), visiting Fellow at the Brookings Institution (2007-08), Research Fellow at the Belfer Center, Harvard Kennedy School (2009-2010), Kuwait Foundation Visiting Scholar at the Belfer Center's Middle East Initiative (MEI), Harvard Kennedy School (fall 2013), and joint MEI/Iran Project Visiting Scholar (2016-17). He has served on the Board of Trustees of the Economic Research Forum (2001-2006), a network of Middle East economists based in Cairo. His research has been in demographic economics, energy economics, and the economics of the Middle East. More information about his research and other writings can be found on his personal web page: https://djavadsalehi.com.

Only 1.2% of MENA investments went to women-founded startups in 2021