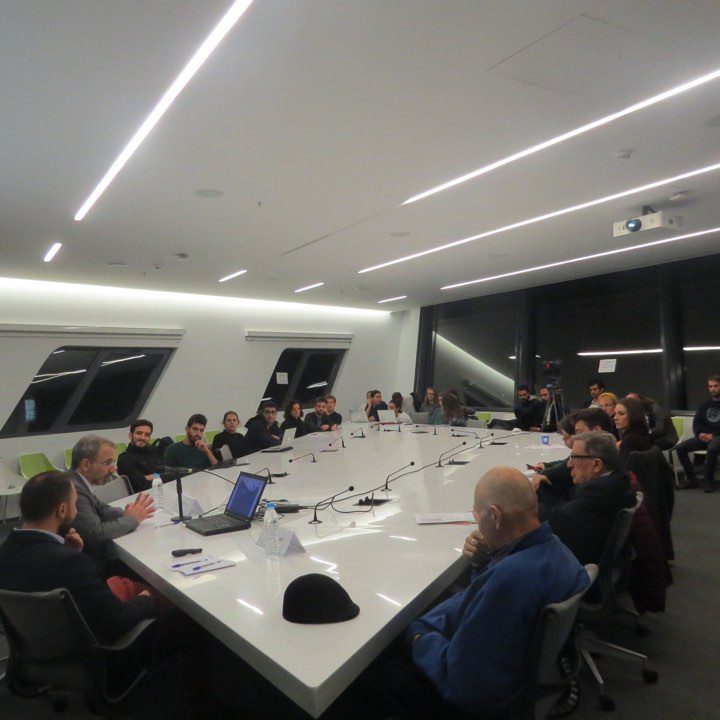 Water Scarcity in the Middle East as Explained by Dr. Hussam Hussein

On December 6, the Issam Fares Institute for Public Policy and International Affairs hosted a talk on water scarcity and its challenges in the Middle East.

Dr. Hussam Hussein, a speaker,  is a post-doc research fellow at IFI, as well as a visiting fellow at the University of East Anglia in the United Kingdom. His PhD thesis tackled water scarcity discourses and trans-boundary water governance in Jordan.

Throughout the talk, Dr. Hussein elaborated on how water as a resource could be used as a tool of cooperation and conflict. He also clarified that water scarcity is not only due to environmental problems but to mismanagement of water resources too.

Dr. Hussein also said that he viewed water from an international perspective. He stressed on how power relations are not solely a geographical or economic matter– that power mechanisms as such could indeed affect the repartition of water. Today, the repartition of water is based on the 1997 Convention of the Law of the Non-Navigational Uses of International Watercourse, the core principles of which imply no significant harm, as well as reasonable utilization.

To this day, 36 countries are part of this convention, but Dr. Hussein stressed on the fact “that the countries that are the most powerful, did not sign the convention,” such as Turkey and Egypt.

In the Nile Basin, “85 percent of the water goes to Egypt while 15 percent goes to Sudan,” explained Dr. Hussein, where neither Egypt nor Sudan has ratified the 1997 convention.

Three main factors determine the repartition of water, one of which is the position of the country, its infrastructure and technology, as well as its power. Dr. Hussein defined power as a concept determined by military and economical control, alliances, and negotiation skills.

“Depending on how we understand a certain problem, we deal with it,” he then added.

Dr. Hussein framed his talk with one vital example, and that is of Jordan. He explained how two different discourses emerge from the same issue of water scarcity —  Dr. Hussein continued to provide details on the government narrative as opposed to the NGO narrative.  Pertaining to the governmental narrative, “Jordan has water scarcity because of population growth,” in relation to the increase of refugees in the country, Dr. Hussein said. The government also blames other countries for not respecting boundaries (stealing water).

On the other hand, NGOs declare that water scarcity is indeed due to those four factors, but argue that “the issue is mainly due to mismanagement” of the available water resources. The agricultural sector in Jordan uses “60 percent of available water, however it [only] produces three percent of the Gross Domestic Product,” Dr. Hussein added.

In Lebanon, relevant data is available and accessible, but this much data needs to be thoroughly analyzed and interpreted to understand the issue of water scarcity in the country.

Although Lebanon is more subject to precipitation than other countries in the area, its rainy months are not exactly spread out over the year.  As we are living in a century riddled with political as well as environmental variations and turbulences, Dr. Hussein declared, “water scarcity is important, but it’s only one of many elements to be seriously considered in geopolitics.”