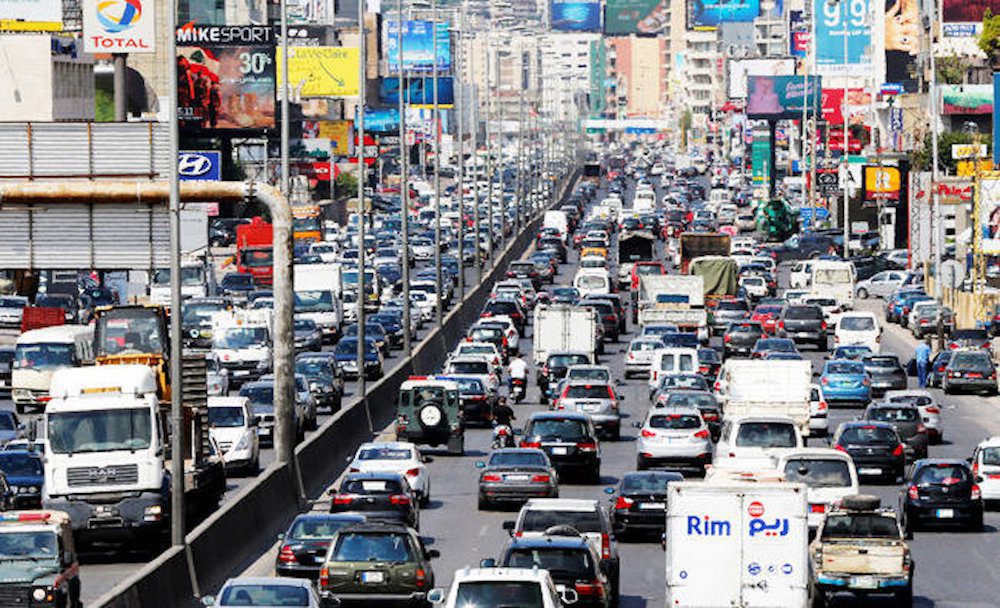 Why We Spend Two Hours in Traffic

Twinkling yellow and red lights are seen to illuminate homes and malls, but also fill the streets and highways, as the time spent on the road doubles up. Indeed, it’s that time of the year again: holiday season just came to town.

Amongst the many myths Lebanon is known for – the food, the weather, the skiing and swimming during the same day – traffic jams might just be one of the most accurate and relevant of myths.

In 2014, the Islamic State tried entering Lebanon, but the congestion was so dense, they couldn’t make it past the City Mall in Dora, NOWMedia reported in a hoax news article. Although the information is inaccurate, the referred-to traffic is far from being fictitious.

The impact of traffic made its first scene  in the 1950’s, when it was added to the engineering educational curriculums, explained Tamam Nakkache, one of the founders of TEAM, an engineering and management consulting firm based in Lebanon and formed in 1975.

This augmenting congestion has a lot to do with the increase of cars in transit. According to a research done at the BLOMINVEST Bank , by Mirna Chami, a Senior Economist, and Marwan Mikhael, the Head of Research, the “total number of registered new cars has been increasing at an average yearly rate of 13% between 2007 and 2016.”

One explanation for the constant increase of cars is the “high cost of housing which causes people to reside away from the city center whereas most jobs are concentrated there,” according to a World Bank report published in 2017. Moreover, “some people can probably take a better job, but because of lack of transportation, they cannot get to it,” said Nakkache.

Nakkache adds that “people would stay satisfied with a less paying job. [..] People need to move because this is the way of life. You work in one place, and then move to another.”

Moreover, the inflow of Syrian refugees created an increase in traffic jams by around 15 to 25 percent, based on a study done by the World Bank in 2015.

Aside from those factors affecting the congestion, the poor state of the road, the dismissal of traffic laws, and the lack of common transportation, all contribute to the time we spend on the road.

According to a World Bank report published in 2017, and based on the recent survey of roads done by the Ministry of Public Works and transport, “about 15 percent of the main network is in good condition, 50 percent in fair condition, and 35 percent in poor condition.” But this doesn’t really justify the two hours spent driving from one place to the other, 500 meters apart.

Although this issue has proved to be problematic, “the real problem is a dysfunctional transport system,” said Nakkache.

Furthermore, amongst the many consequences of traffic jams, the rise of toxic particles, and the increase in CO2 emissions, congestion does have a monetary cost. According to the study done by BLOMINVEST, “the cost of road congestion is estimated at $2 billion/year (nearly 4% of GDP).”

Indeed, “the time spent on the road is not productive time,” Nakkache concurs. “If you are talking about goods, we call it inventory cost. If you are not able to move goods, as fast as you need to bring them from one place to another, you increase your cost.”

The number of vehicles entering Beirut estimated to be between 400,000 and 700,000, and the cost of congestion are estimated “based on several elements mainly related to business activity in the country, [amongst them] external trade activity,” said Mirna Chami, Senior Economist at BLOMINVEST bank.

“Another study was conducted by Harvard university in collaboration with Lebanon’s concerned institutions, estimated the cost of road congestion in Lebanon at more than $1 billion per year,” she added.

Unlike other businesses in Lebanon, the congestion is a lose-lose situation. The $2 billion are “not beneficial to any party of the Lebanese economy,” explained Chami. On the other hand, the government does rely on gasoline taxes, Nakkache explained. Therefore, the presence of individual cars does create public revenue.

With heavy winter rain just around the corner, congestions aren’t about to reduce. Until a proper public transportation system runs in Lebanon, congestion will remain as problematic.