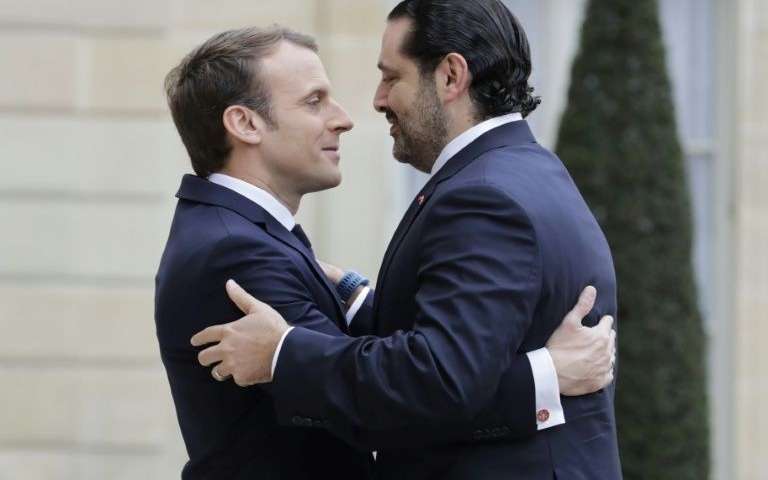 Was Hariri Saved By Petrodollars?

To understand the sequence of events that lead to the ‘triumphant’ return of Saad Hariri to Beirut after his abrupt resignation and ‘detention’ in Saudi Arabia one has to follow the money, or more importantly the flow of petrodollars linked to Oil & Gas.

The French President Macron changed his schedule and popped by Saudi Arabia on his way back from the opening of the Louvre Museum in Abu Dhabi. The French president must have had a major incentive to amend his plans, and more dramatically, exercise pressure on one of the key players in the Middle East, Saudi Arabia. Was that all for the sake of Lebanon’s resigned prime minister?

Political analysis indicates that France, as a major constituent of Europe, is worried of a breakdown in Lebanon that might turn the Mediterranean Sea into a river of gushing refugees landing onto its shores. Historical analysis might also claim that France has always had ‘motherly love’ for Lebanon and felt always close to its protectorate especially during times of crisis. Lighter versions I heard mentioned that Jacques Chirac the former president and his family who are close friends of the Hariri’s talked to President Macron to intervene as a service to an old friend. I don’t buy into any of this, the real deal could be found in the trail of oil and money.

France just won through a consortium of the French company TOTAL and the Italian company ENI and the Russian company NOVATEK the bids for the exploration of the Oil & Gas plots 4 and 9 in Lebanon’s offshore gas bids. Each of those international firms has local partners aligned to political powers. They were the only consortium to qualify and win. The deals are ready to be signed and the laws necessary already passed through committees in parliament and awaiting to be voted on. So France didn’t just save Hariri, they saved the oil & gas deal.

Hariri’s flight path after his ‘release’ to France was exactly over the pipeline plans for gas pumping to Europe from the Eastern Mediterranean. Egypt already exports gas, the pipeline’s crossroads is in Cyprus, and then Lebanon will be plugged into the pipeline to Europe. Part of Europe’s energy independence is reliant on the gas that is flowing from Lebanon, Egypt, Occupied Palestine (Israel) and Cyprus.

The moment Hariri landed in Lebanon he declared from the presidential palace a reconsideration of his resignation, effectively placing it on hold. He is therefore reactivating the government in full constitutional powers to allow the oil decrees and decisions to be issued. The full withdrawal of the resignation will quickly follow, after sham consultations held at the presidential palace. Exactly a week later after Hariri’s return, the Speaker of the Lebanese parliament called for a parliament session to vote on several laws related to Oil & Gas including the foundation of the sovereign wealth fund and the national oil company. The full cycle to finalize the deal is complete.

The Saudi move of detaining Saad Hariri and obviously forcing his resignation has imploded in their midst crippling their political reach and influence. The Saudis failed to regain control of the strategic card of the Lebanese government’s fate, that card was ripped from their hand by France’s Macron. The French government is supportive of the Saudis and covers their military actions in Yemen politically and with arms supplies. The Saudis cannot upset them, especially after they put on hold the purchase of French weapons to the Lebanese armed forces for the value of $3 billion US dollar. Cancelling the oil & gas deal would have made France register an additional multiple billion-dollar loss to French businesses, something the rising new French president cannot afford politically.

The French saved the deal and won economically, the Saudis lost politically, and the political class in Lebanon was reminded that their fate is held by regional economic interests. Lebanon remains hostage to the wills of bigger nations as long as fractured sectarian politics and a weak Lebanese state is overpowered by regional forces. The only solution for Lebanon remains a revamp of the political class, in order to achieve true political and economic sovereignty.