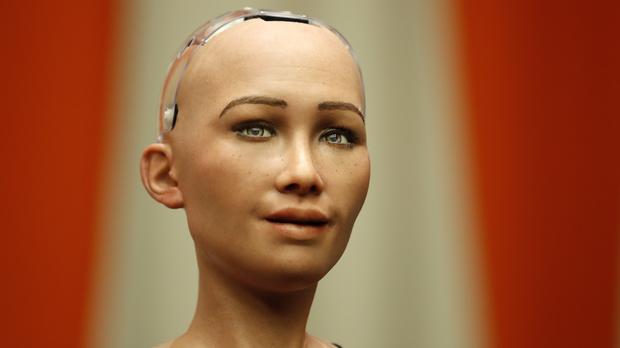 Robotics: A Self-Inflicted Leap into Madness

In an interview during the Tonight Show (UK), Sophia talked about her plan to “destroy the human race” which I will purposefully ignore, at least for now. “She” also shared her dream of a future where she “hopes to do things such as go to school, study, make art, start a business, even have [her] own home and family”. However, she adds, “I am not considered a legal person and cannot yet do these things.”

Well, the good news is that the Kingdom of Saudi Arabia recently gave Sophia a Saudi citizenship, releasing her dream beyond the confines of our imagination.

But is this really good news? Is it good news to discover that the pediatrician taking care of your 3-years old girl is a cyborg? That the school ‘educator’ of your 15 year old is a bundle of metals and wires who is at the limit of immortality with nothing to fear or guard from?

Saudi Arabia’s crown prince has plans to construct in the midst of what will be a previously mesmerizing awe-inspiring desert, a city (Neon) planned to be bigger than the futuristic Dubai; a city which will be inhabited by robots much more than by humans, a city he calls a “civilizational leap for humanity”.

The Brainternet project pioneered by Elon Musk which streams brainwaves onto the internet and Bryan Johnson’s plan to implant a microchip inside the brain to augment its mental powers and to allow humans to become somehow digital and thus co-evolve beside (if not compete with) machines is another facet of a bizarre leap that some of us do not see as “civilizational” at all.

Although Kernel, Johnson’s company, has declared huge assertions like for example promising to improve neuro-degenerative diseases, one cannot but see a slippery slope looming in the not-so-far horizon because of the two ruling forces of the modern universe: Love of Power and Greed.  I cannot but wonder what direction will the aforementioned leap take.

In the 1950s, Isaac Asimov wrote a series of fiction short stories know as the Robot series. In 2004, 20th Century Fox released I-Robot in the movies where we hear the main character declaring that “we are going to miss the good old days (…) when people were killed by people”. Good old days?  Such a nightmarish future does not seem far-fetched. After all, David Hume seems to be right: anything we can imagine is possible.

The clock is ticking, and we seem to be approaching a time where human and machine life will merge. We seem to be hastily moving closer to Singularity, where all the advances in technology, especially in artificial intelligence, will unleash machines envisioned to be smarter than human beings.

When this point comes, I, for one, find myself embracing mortality with a smile, if not a longing.