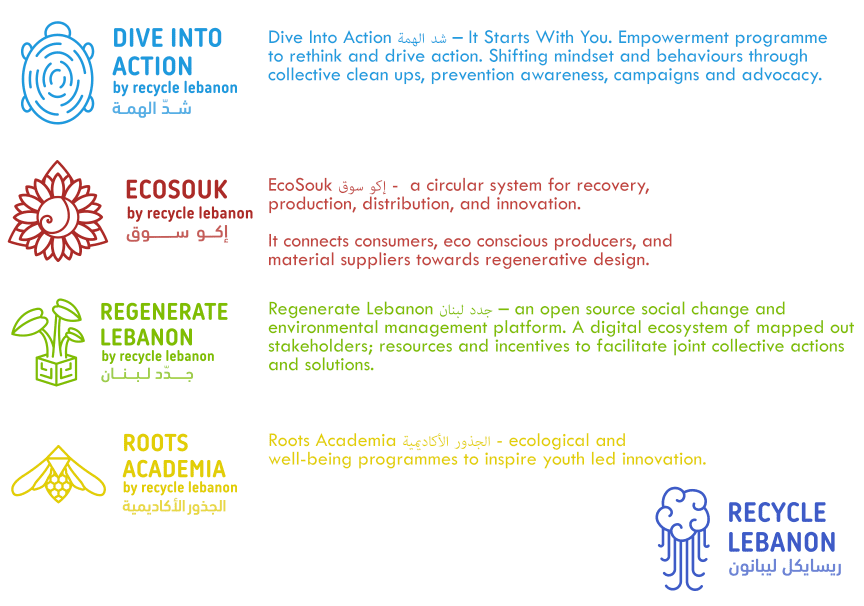 An Interview with Joslin Kehdy, Founder of Recycle Lebanon

On the 21st  of October , Beirut Today interviewed the charismatic and passionate Joslin Kehdy, the founder of Recycle Lebanon, at a beach cleanup in Jbeil.

The beach cleanup was undertaken in collaboration with the Animal Rights Club at the Lebanese American University along with  numerous other volunteers. The beach cleanup came to light as a result of the waste left after the Tomorrowland event that had taken place on July 29th 2017 on that very same beach.

Some may remember the controversial Unite with Tomorrowland 2017, as a music festival event that was simultaneously hosted in 7 countries one of which is Lebanon and Israel being another. The event had received a lot of heat , and the lack of effort to properly dispose of  the waste left behind has done nothing to salvage this.

Thus, Joslin and the volunteers took it upon themselves to dispose of the waste left by the event as well as the waste that had already been there, to be taken as recyclable material or to be disposed of responsibly.

The enthusiasm and the conviction of the volunteers were highlighted by their tireless efforts and vigor to clean the beach in the sun. During our interview, Joslin commented on the importance of these kinds of activities, since they engage the public and allow individuals across diverse communities in Lebanon to take part in the growing global effort to take steps towards an environmental and ecological change.

To Joslin, initiating volunteering opportunities for individuals to clean up the litter from the sea or the beach would serve as a tool to educate and “recycle the mindset” of the public on the different products that we regularly consume, and in which they can dispose of waste responsibly.

Joslin initiated Recycle Lebanon in 2015 in the wake of the waste crisis and in response to the public’s “inability to take action” and the lack of information provided to take appropriate action. Recycle Lebanon also aims to “educate the public against the use of incinerators”. In short, “Recycle Lebanon is social change and an inclusive environmental hub”.

Recycle Lebanon has been spreading its impact through four main initiatives:

The first initiative is Dive Into Action or “Shid El Himmeh”, an empowerment program that prompts individuals to understand that “it starts with you”. Dive Into Action is a program that enables different initiatives and organizations to collaborate and work towards advocacy, to organize campaigns, and to enforce legislation for change. It is meant to answer the questions of: “What can I do and who is doing what?”

The second initiative is Roots Academia, an ecological and educational program catering for well-being, that focuses on the different manufactured products and how these harm the environment as well the the consumers of the products themselves. The product harms the environment due to its packaging and harms consumers due to the harmful ingredients it uses. Roots academia seeks to educate the producers and consumers of the said harms. Kehdy believes that it is not exactly about “shaming” businesses as much as it is about aiding businesses to make this transition, and to eventually make more ecological and health conscious products.

The third initiative is Eco Souk, a developing innovative circular platform that focuses on highlighting the producers of eco-conscious and green products. It also seeks to define what the term “organic” or “eco-conscious” product exactly means and to make these  more accessible to the public. It also connects producers to one another. An example, as suggested by Joslin, is a designer of clothing that wants to make more eco-conscious products. The designer would look for a producer of her required products — Eco Souk is the platform that connects them to one another.

The fourth and final initiative is Regenerate Lebanon or “Njadid Libnen” — the initiative that Joslin exclaimed the most enthusiasm for and is said to be the founding pillar of Recycle Lebanon in November 2015. Regenerate Lebanon is online social change and open-sourced platform that brings an array of data to produce a visualized solid-waste-management map system. Njadid Libnen also aims to produce a source for individuals who are seeking to recycle compost, and want to know where they could do so in their specific municipality and compost “through the click of a button”.

Regenerate Lebanon is also planning to conduct in-depth research on the use of incinerators and its disastrous and detrimental nationwide effects on the environment as well as on the health of communities.

It is safe to say that Joslin’s passion and enthusiasm for bettering Lebanon and the planet as a whole is quite contagious.

Today, Recycle Lebanon is set to achieve some monumental steps in Lebanon and is genuinely a beacon of hope for the rest of us which helps motivate us to internalize the fact that we can all “do something”.

If you would like to support Recycle Lebanon, please send an email to: [email protected]